Before you laugh too hard about the case of the Monash Uni student who just took the institution to court for failing his journalism video assignment on dog breeds, know this: the pressure on teachers, and presumably now lecturers, to provide outcomes students (or parents) deem "fair" is real. Yes, it's mildly ridiculous, but it's a bit scary too. 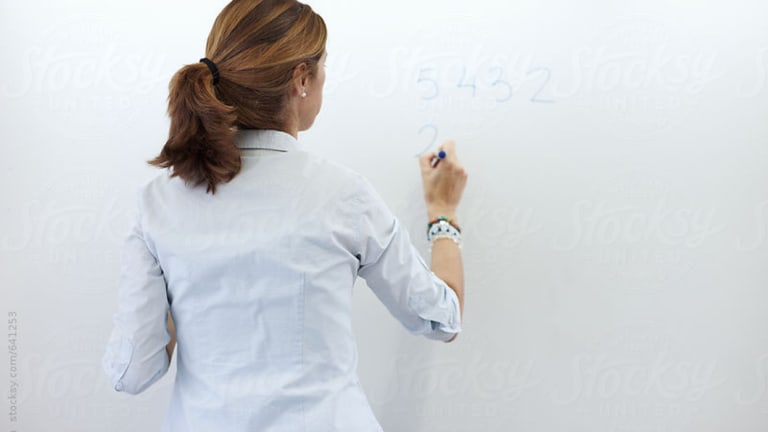 Some education ‘consumers’ consider the providers (teachers and lecturers) to be liable.Credit:Stocksy

Some people's idea of the relationship between education "consumers" (students) and "suppliers" (teachers and lecturers) has become bizarrely transactional.

Consider the VCE-teacher friend who, after a single wine, spilled a series of hilarious horror stories about over-bearing parents – no names, of course – who simply refuse to accept her verdict on a child's work.

Manners are checked at the school gate, along with the designer dog, as parent vigilantes take their rage over an adolescent's essay mark direct to the source. They argue their case for what they see as grade justice by force; that's force of personality often served with a chaser of verbal abuse.

If the teacher proves resistant, due to, oh, I dunno, something trivial like maintaining professional integrity and exercising fairness for everyone, parents may go over his/her head to a higher court – the department head, deputy head, or, if desperate the principal him/her self. It's getting worse, not better, I'm told.

There are the abusive emails at all hours of the day or not, brimming with entitlement. At private schools, teachers at the all-important higher levels, especially, are often required to answer such emails within set time periods – constant accessibility is considered part of the service.

One of my all time favourite anecdotes (favourite because it reminded me, even in the teeth of supporting two sons go through Year 12 in consecutive years, to retain perspective no matter how desperate you get for an out, short cut or life-raft to a safe place where the offspring's educational future is secure), was the story of the parent outraged because the teacher didn't give an essay the same mark as his tutor.

The mother had spent good money on getting special help for that child, and she brought that tutor-vetted essay back to show the teacher how wrong she was not to have given it more points.

Rather like some people may seek a second opinion before having a serious medical intervention, the more hands-on parents are now getting second opinions on individual pieces of homework. This is most likely due to the mad pressure on families to help get their child into the top whatever percentile, something causing everyone concerned big stress and lost sleep.

You can understand this feverish drive to a point: our kids are told "you are not your grade", but everyone knows, regretfully, it is really the measure that counts. Huge financial sacrifices are made to get kids the best education the family believes they can afford, and I would attach no judgment to that.

The precedent for what has since been dubbed the "good grades guarantee" some students and parents expect certain schools or universities to deliver, was set in 2012.

Former Geelong Grammar student,  Rose Ashton-Weir attempted to sue the school in a civil suit over her failure to gain entry into Sydney University law. The then 18 year-old argued, ''I didn't ever feel I was getting the support I needed to really excel" at the school.

As with the above Melbourne Uni case, it was eventually dismissed.

Once again, the main reaction to the case was mirth, but as the economy shrinks and educational costs even at public schools go up, the bunsen burner is being turned up under anyone and everyone tasked with getting students through.

After the Ashton-Weir case and a similar case of student-sues-school in NSW, English and civics teacher and education commentator, Mike Stuchbery, asked :"Are we at the stage where education is such a commodity that litigation is an acceptable response to a poor result?"

"Or, ultimately we may ask, are students (and by extension, their parents) victim to an overinflated sense of entitlement?"