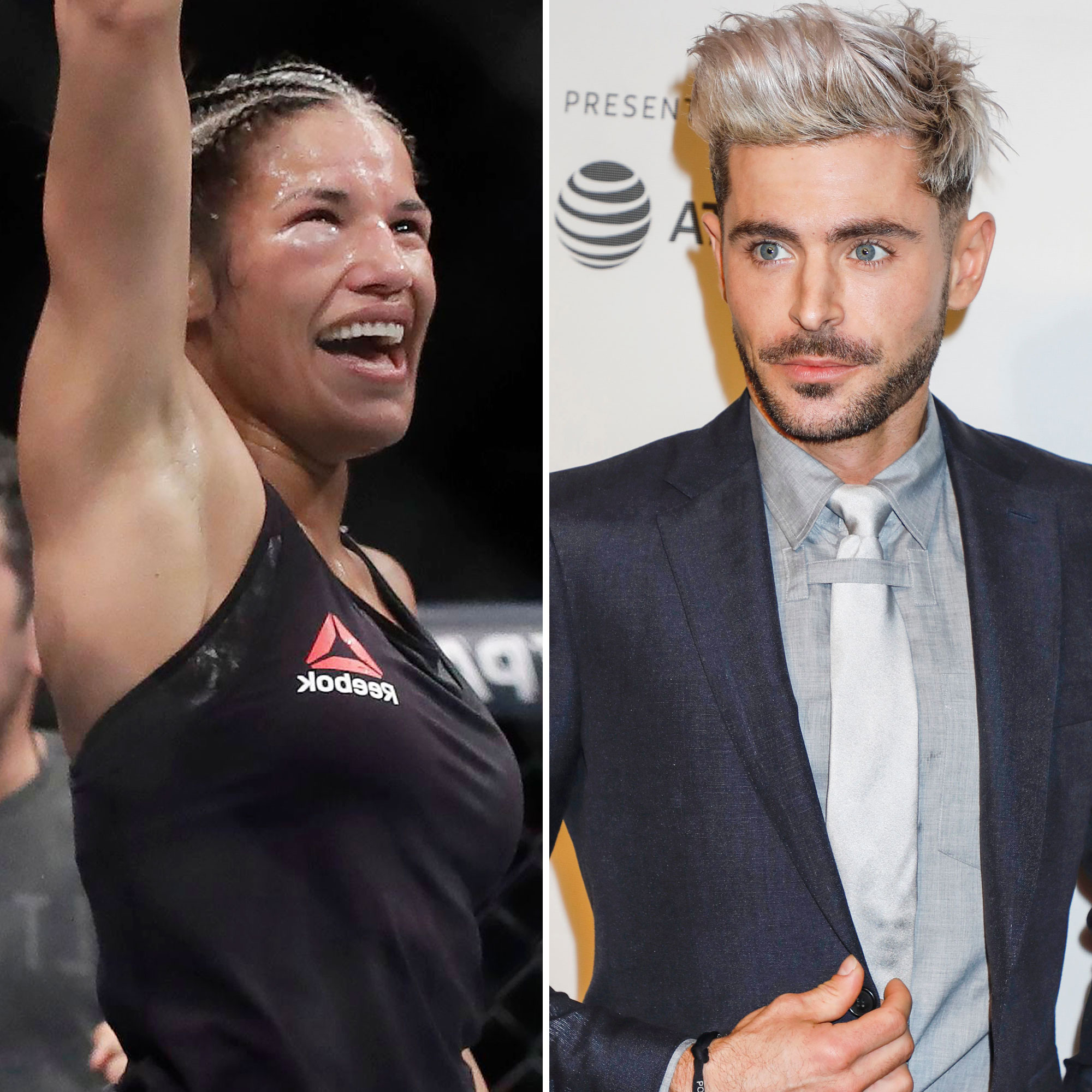 Simply irresistible. Few are immune to the charms of Zac Efron — even UFC fighters about to win a championship.

The Cast of ‘High School Musical’: Where Are They Now?

After taking home the UFC Women’s Bantamweight Championship trophy in Las Vegas on Saturday, December 11, fighter Julianna Peña noticed that the Baywatch actor, 34, was watching her intensely as she entered the ring.

“Find you a man that looks at you the way @ZacEfron looked at me last night,” the Washington-born athlete, 32, tweeted on Sunday, December 12, alongside a photo of the former Disney star seemingly admiring her form as she stepped up to the mat. In the picture, the Neighbors star, dressed in a black T-shirt and cap, sat with his arms crossed as he waited for the event to begin.

“Everybody was sleeping on me, and I shook up the world and did exactly what I said I was going to do,” Peña told the Associated Press after the match. “But I’m not surprised. I have a big heart and determination.”

After the event, Young’s husband, Tarek El Moussa, shared a photo of the Selling Sunset crew posing with Efron and UFC announcer Bruce Buffer. “I’m the biggest @UFC fan, always have been,” the Flip or Flop star, 40, wrote via Instagram on Monday, December 13. “We had the best night.”

Though some fans pointed to the photo as possible evidence that Smith, 45, is dating the High School Musical alum, TMZ reported that Efron posed with the group because they all happened to be at the same dinner.

Celebrities Who Love The Olympics

Though the Down to Earth With Zac Efron star is not an athlete himself, this isn’t the first time he’s turned heads with sports pros. Back in 2016, he flew to Brazil to meet Simone Biles, who at the time had a life-size cutout of the actor in her bedroom.

The California native surprised the gymnast after she won gold alongside Team USA at the Rio Olympics. “If you bring him out, I think I’m gonna pass out,” Biles, now 24, said during an August 2016 appearance on the Today show.

After her No. 1 crush appeared to give her a hug, the gymnastics superstar asked, “Is this real life?”