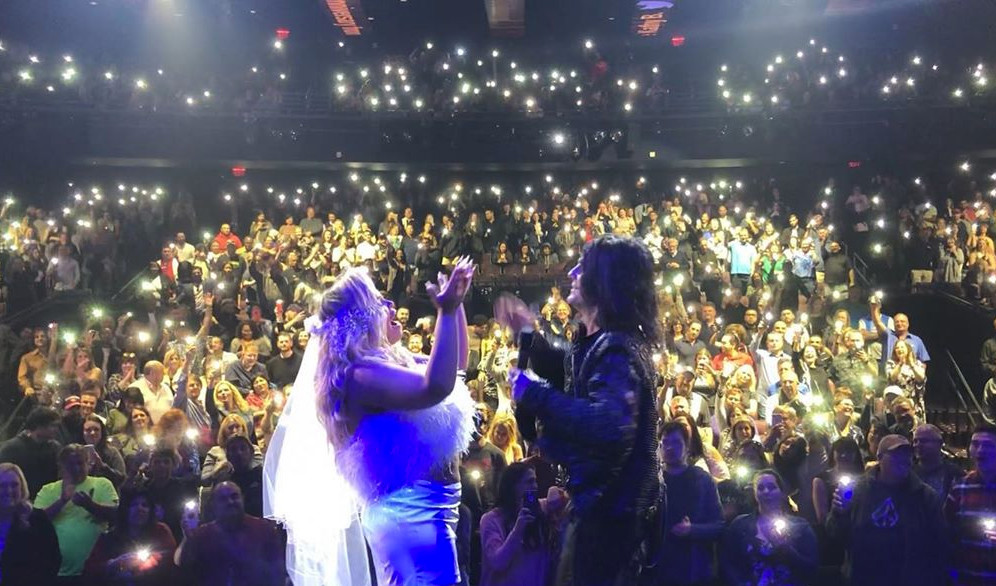 YouTube star Trisha Paytas shocked fans on Friday night by claiming to have gotten married in Las Vegas, a week after announcing an engagement and wedding. Paytas did not name the mystery spouse, but did share a video. It shows the star wearing wedding attire onstage at Criss Angel‘s Mindfreak show at the Planet Hollywood Hotel & Casino, where the illusionist and his audience offered their congratulations.

“Today was wild,” Paytas, 31, tweeted. “I got married and got to go on stage with @CrissAngel. So much to talk about but I’ll see u on Monday social media …gotta wrap my head around all this…also #mindfreak is THE best show I’ve ever seen …..always. !! Criss’ #1 fan for life.”

In a video posted on Instagram, the YouTube star appears onstage with Angel at his show, wearing a feathered white top paired with a white mini skirt, knee-high boots and a veil.

Straight from the Chapel to #mindfreak ??????? how else would u do a Vegas wedding ??? ??‍♀️??thnx @crissangel for this amazing congratulations ❤️❤️❤️

Straight from the Chapel to #mindfreak ??????? how else would u do a Vegas wedding ??? ??‍♀️??thnx @crissangel for this amazing congratulations ❤️❤️❤️

“Straight from the Chapel to #mindfreak…how else would u do a Vegas wedding ???” Paytas wrote. “Thnx @crissangel for this amazing congratulations ❤️❤️❤️”

“Congratulations to my friend @trishapaytas on your #marriage #wedding today #CrissAngel #Mindfreak @phvegas,” Angel wrote on his own Instagram page.

Earlier in the night, the star and some girlfriends headed to a limo. Paytas wore a white hoodie with “Future Wifey” written in gold on the back. The pals sported black hoodie that read, “Maid of Honor” and “Bridesmaid.”

Paytas also posted a pic of a certificate holder from the Little Vegas Chapel. 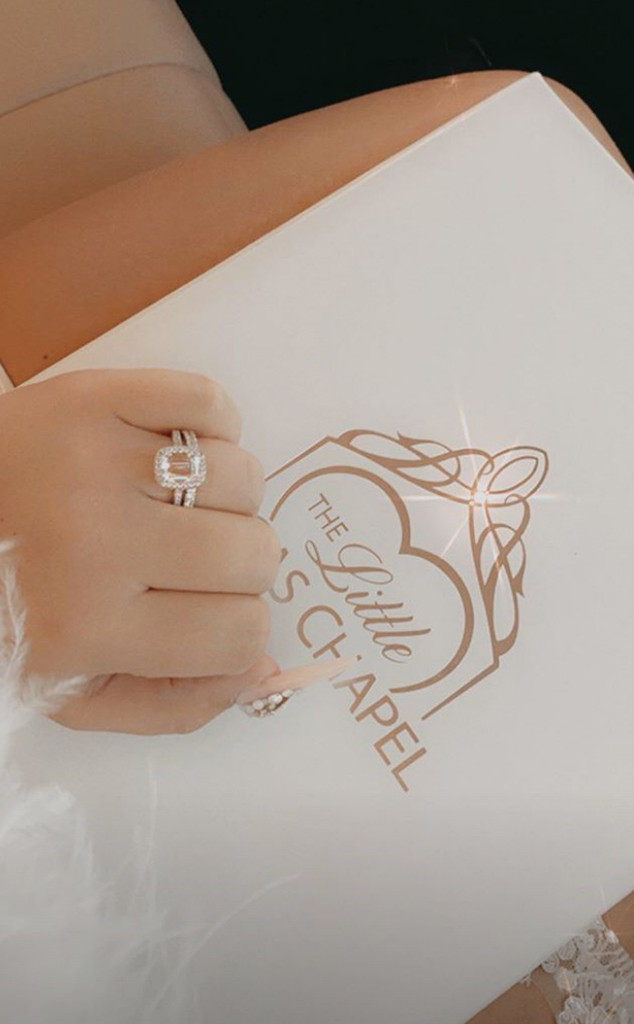 No marriage licenses bearing Paytas’ name have been registered yet with the Clark County Clerk’s office. 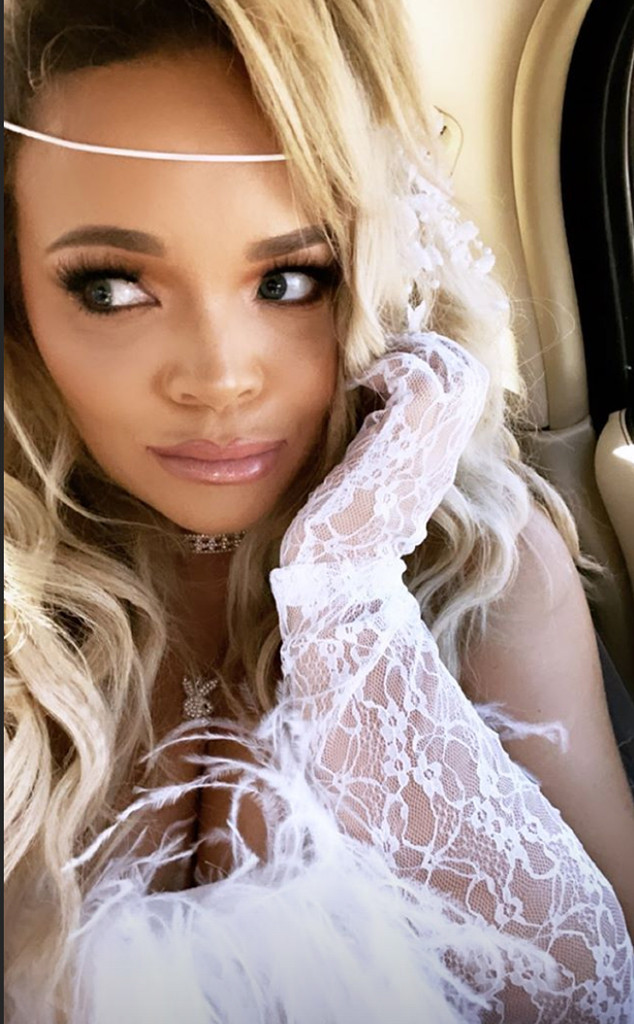 Paytas had announced an engagement last week and said that it “happened very quickly.” The star planned to marry a “well-known,” but private person on Friday.

Paytas later said on the H3 podcast that the mystery future spouse was a straight man and that they met a month ago. Paytas, who drew controversy last month by identifying as transgender and a “gay man,” also expressed hatred for most straight men, saying they are “just awful” and are the “enemy.”

When asked how one can be engaged to a straight man if they identify as a gay man, Paytas said, “It’s fine. You can be straight.”