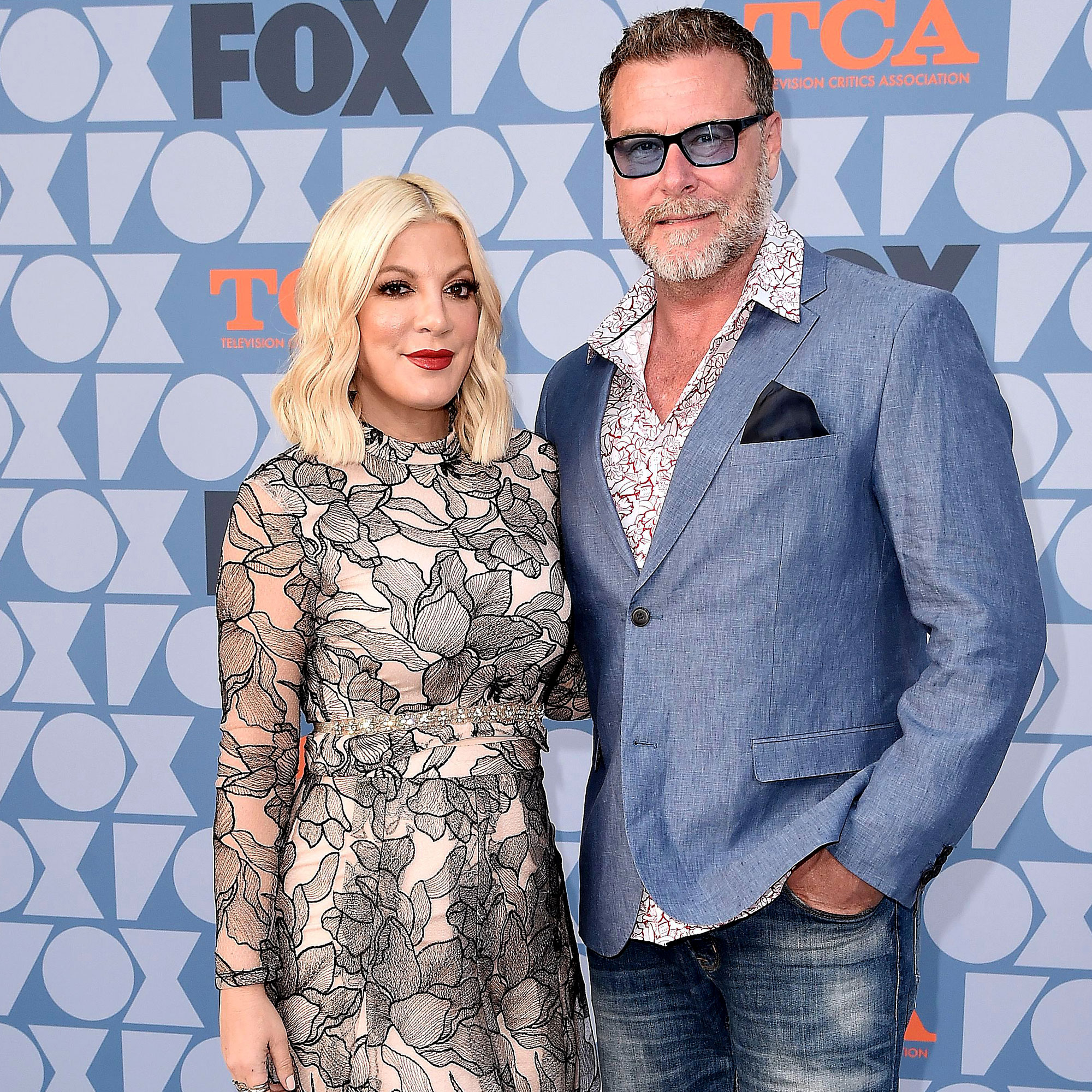 Taking her mind off it. Tori Spelling is finding ways to distract herself as her marriage with Dean McDermott remains rocky.

“She’s working nonstop to make more money and to focus on things other than her turbulent marriage,” an insider exclusively tells Us Weekly of the Beverly Hills, 90210 alum, 49. “She often doesn’t wear her wedding ring and doesn’t sleep with Dean. Their intimacy is pretty nonexistent.”

The California native and the Against the Ropes star, 55, tied the knot in 2006 after a whirlwind romance. Last year, however, Spelling sparked split rumors when she removed the word “wife” from her Instagram bio and didn’t publicly acknowledge the duo’s 15th wedding anniversary in May 2021. The pair also didn’t post about their 16th anniversary, which happened last month.

In June 2021, the Mommywood author hinted at tension between her and her husband when she told Jeff Lewis that the couple were no longer sharing a bedroom.

“Right now, my kids and dogs sleep in my bed,” she said during an appearance on Jeff Lewis Live. “Since he left — this is not good, you guys — but since he left [and] he was gone for six months filming in another country, they all stayed with me. So I currently still have four in the bedroom with me who have yet to go back to their rooms, yes.”

Two months after her co-sleeping confession, Spelling told Us that the kids were “transitioning back” to sleeping in their own beds. “I think that’ll be helpful with school hours,” she explained in August 2021. “We could still do sleepovers and hang out on the weekends.”

The Scream 2 actress and her husband have tried to downplay rumors of a split, but earlier this week, a second insider told Us that their friends believe they’re currently “going through with a trial separation.”

Everything We Know About Tori Spelling and Dean’s Marriage Status

The source claimed that Spelling hasn’t been responsive to her friends amid the speculation about her relationship status. “They try to reach her and hear no word back,” the insider told Us. “And she hasn’t been doing social things anymore. She seems to be isolating herself. She’s been so MIA that they’re worried something’s going on – if she’s having money troubles again or is depressed.”

The first source, meanwhile, said that McDermott and the Spelling It Like It Is author have put the possibility of a divorce “on pause” for the time being.

“They know divorce will be expensive and it’s not something they’re willing to go through right now. They both feel trapped,” the second insider explained. “Having kids makes it more difficult because they don’t want their children to be unhappy, yet at the same time, Tori has been unhappy for quite a while now. They truly are still together for their kids.”