Netflix is about to make its first foray into Indian horror with Ghoul, a three-part miniseries dropping on Friday, Aug. 24. The series stars Radhika Apte, who you might remember from Netflix’s previous Indian thriller, Sacred Games. According to the official synopsis, Apte plays Nida, "a newly minted interrogator who turned in her own father as an anti-government activist, arrives at the centre to discover that some of the terrorists held there are not of this world." It definitely sounds like a horror/fantasy, but has it been done before? Is Netflix’s Ghoul based on anything?

In the era of infinite sequels and the reboot machine, it’s nice to know that some things are still totally original. Ghoul is one of those things. The brainchild of British writer/director Patrick Graham, Ghoul isn’t based on any pre-existing story or material. But that doesn’t mean Graham wasn’t inspired by other work.

While talking to Gadgets360, Graham explained that he researched the meaning of "ghūl" in Arabic and Jinn traditions. According to the entry in Britannica, ghūls were siren-like spirits that wondered the desert, often in the form of beautiful women, waiting to ensnare unsuspecting travelers and eat them. "In ancient Arabic folklore," Britannica reads, "ghūls belonged to a diabolic class of jinn (spirits) and were said to be the offspring of Iblīs, the prince of darkness in Islam. They were capable of constantly changing form, but their presence was always recognizable by their unalterable sign—ass’s hooves."

There isn’t any sign of ass’s hooves in the trailer for Ghoul, but it seems like a piece of symbolism worth keeping an eye out for in the rest of the series.

While the folklore behind ghūls themselves might be ancient, Graham explained that Ghoul is a dystopian tale. Also in the interview with Gadget360, he revealed that he’s always been inspired by dystopian stories. "Dystopian future is something I’ve always enjoyed seeing in fiction," he said. "So we thought it would be a nice backdrop to this oppressive, claustrophobic story to have this fascist state behind it all. But really the main bulk of the story came first, and the atmosphere we wanted to create came after."

If that sounds a little timely and political, well, Graham insists that that’s not exactly how he meant it. In an interview with VICE, he insists that Ghoul wasn’t meant to be a social or political statement. 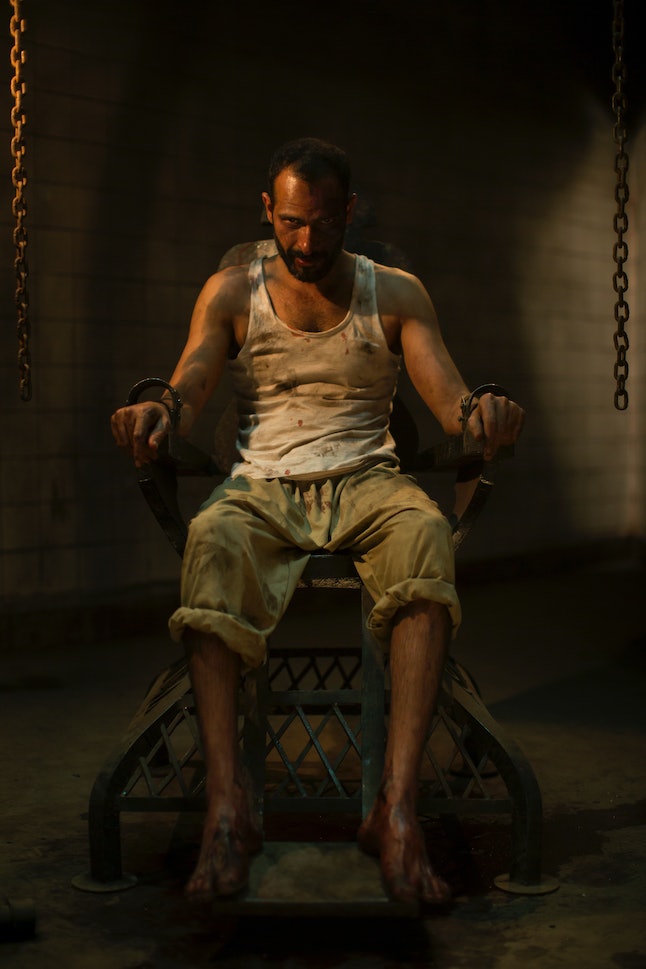 Ghoul is a collaboration between Netflix, Blumhouse, Ivanhoe Pictures, and Phantom Films. Killian Kerwin, a rep from Ivanhoe told The Wrap that while Ghoul is an Indian story, it’s going to have universal appeal. "Ghoul has been a collaborative effort to tell a story that is rooted in India, in a manner that will appeal to audiences around the world," he said. "Our goal is to create incredible entertainment that speaks to audiences from diverse cultures, and we’re very proud of this series, which is sure to be a must-watch in the horror genre globally."