It was more than five years ago, and I had only been in the role of disability policy adviser for a few weeks. I was still getting my feet under the desk, figuratively and literally (wheelchairs rarely fit under standard work desks), when my boss sent me on a road trip to speak with a peer support group set up for people with intellectual disability.

This was my first meeting with members and while the audience was new to me, the subject matter was totally familiar. My task – speak to the group about the upcoming local government election, which at the time was six weeks away. 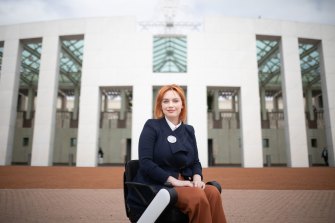 Elly Desmarchelier made a shocking discovery when she went to talk to some voters with intellectual disabilities.

I printed out 20 copies of our organisation’s local government policy platform and even designed a PowerPoint to run through the facts using icons and graphics. I knew my stuff, this would be easy.

But by the time the meeting had finished that Wednesday night, having spoken with the dozen intellectually disabled people who attended the meeting, my print-outs hadn’t left my bag and the slideshow had stayed on the opening “welcome” slide.

I naively went into that meeting ready to discuss the nuances of local government policymaking. I quickly realised my mistake when, within a minute of speaking, the leader of the group, Rob, asked: “Are you talking about voting?”

“Oh!” Rob said, looking around a bit perplexed. “That’s not for us. Voting is not something we do.”

Confused and looking for some back-up, I asked the group if they felt the same way. All I saw were big nods of agreement with Rob across the room.

“Can I ask why you believe that?” I asked, tentatively.

Over the next hour, I heard a dozen personal stories, each as enraging and saddening as the next, but all following a similar theme. During their late teens or early 20s, each of these people were told, usually by a close family member or friend, that they “weren’t smart enough to vote” or it “wasn’t worth the effort to learn”.

Fundamentally, every single person sitting in front of me had been disenfranchised. 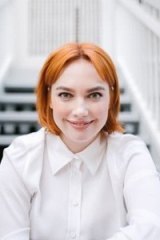 I could tell by the way they spoke with confidence and passionately argued over group rules and topics that they had the intellectual capacity to vote. In fact, most were enrolled to vote, but over time were persuaded by others that voting was better left to “people who know all about the issues”. Having an intellectual disability is often considered a “special circumstance” in which the fine for not voting can be voided.

“Let me make one thing very clear,” I said, a bit fired up by this stage and determined to make sure they left with no doubt about what I thought on this topic. “Voting is for you. Your vote matters. Most Australians go to vote without knowing all about the issues, but their vote is counted. Yours should be counted too.”

After reassuring them a few more times that they too could vote, finally Rob cut me off. “OK, you’ve got me,” he said. “Maybe this is for us too, but do you tick or cross the boxes?”

We spent our remaining time together that night drawing fake ballots, practising filling them in and even made a DIY ballot box out of a tissue box I found in the bin.

Over the years, I have returned to the same peer-support group whenever there is a campaign on – from the state election to the fight to stop independent assessments of people with disability. Each time, group members are excited to share with me what new political action – letterboxing, signing a petition, attending a virtual event – they have taken since we last met.

Just this week, I joined the group via Zoom in my role as national spokesperson for the Defend Our NDIS campaign. Every single person at that meeting attended an event for our National Day of Action. They had filled in our quick email tool to contact their local candidates to ask where they stood on defending the NDIS. And everyone planned to vote.

And as for Rob, he brought his daughter along to this week’s meeting, as she had just turned 18, and this would be her first time voting. “And her vote matters,” Rob said with pride.

Elly Desmarchelier is the national spokesperson for Every Australian Counts.

This article first appeared on the Hireup site.