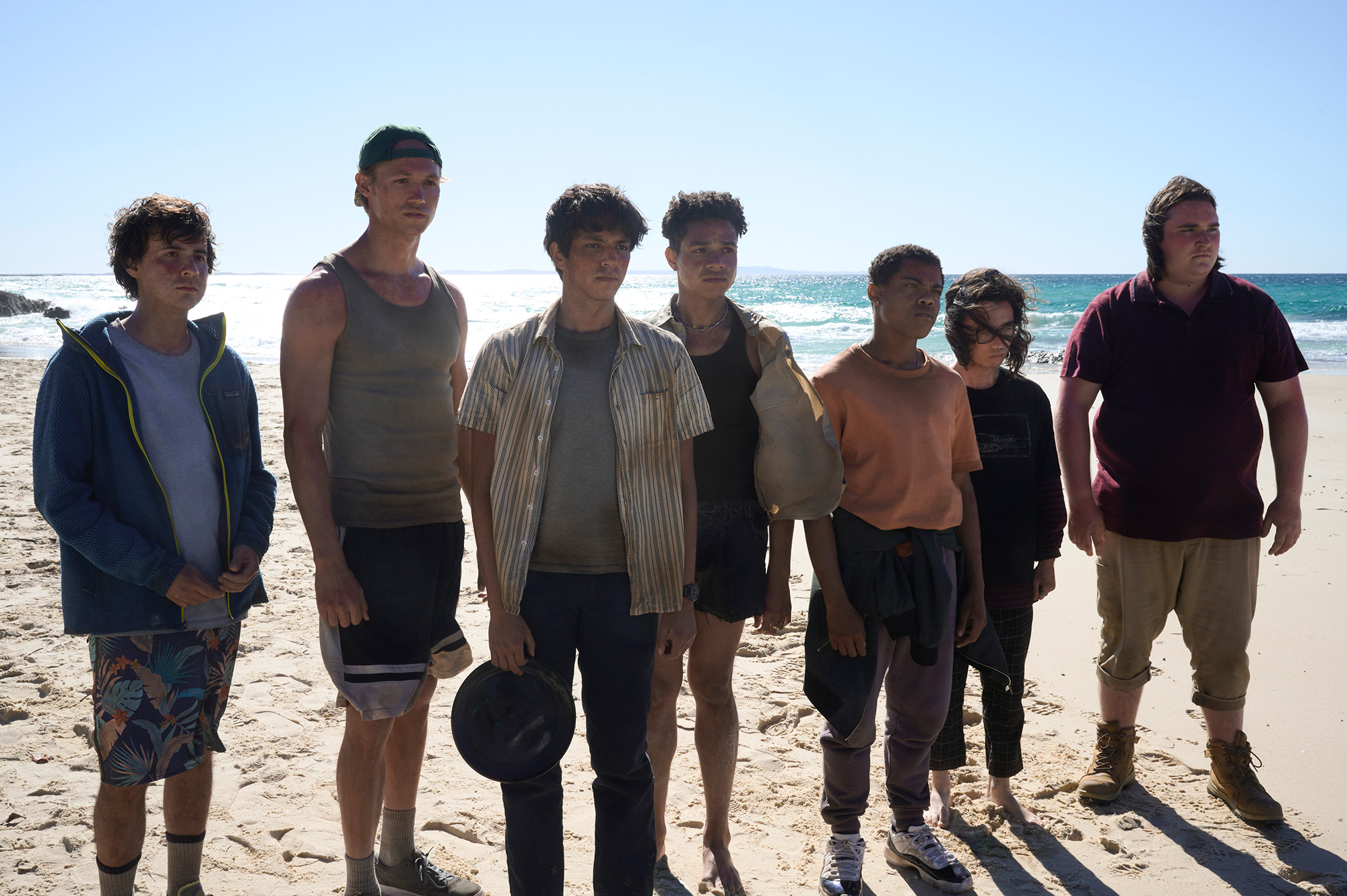 Settling in. With season 2 of The Wilds introducing a new island filled with all boys, the pressure was on to tell a unique story of survival — and the newcomers were up for the challenge.

Who Is Alive? Who Might Be Dead? What to Remember Before ‘The Wilds’ Season 2

During the new episodes of the Prime Video series, which dropped on Friday, May 6, stars Charles Alexander and Alex Fitzalan got to explore many layers to their respective characters that offered some important commentary on subverting labels.

“That’s something that really drew me to the show in the first place was just seeing how the first season presented these archetypal characters, and then you can’t help but make a judgment of them,” Alexander, who plays Kirin, exclusively told Us Weekly ahead of the second season. “Then as the story progresses, it flips your perspective and you’re left feeling like, ‘Oh, don’t judge a book by its cover.’”

The Mother Dearest actor noted that he was pleasantly surprised by the journey Kirin ended up taking. “He is the emblem, or at least he presents as the emblem, of toxic masculinity and the lacrosse team is just so on the nose,” he said. “But very early on I had some great meetings with [creator and executive producer] Sarah Streicher and understood that there’s a deep wound there and that drives him. He’s very vulnerable beneath this exterior.” 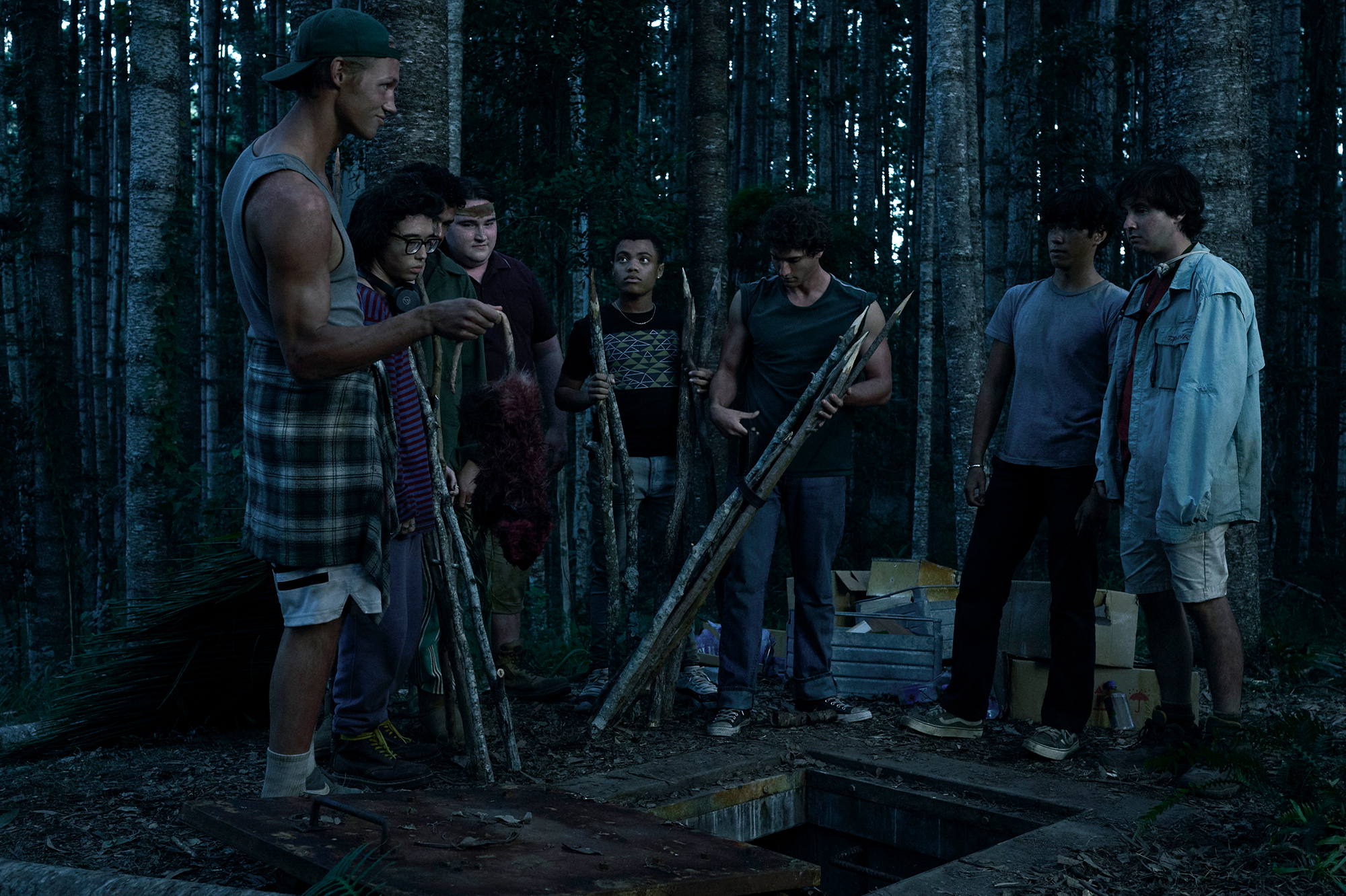 Fitzalan, 26, for his part, also faced an onscreen transformation as Seth struggled between his need to be liked and his secret identity as the operative. Those internal issues ended with a chilling decision when Seth sexually assaulted Josh (Nicholas Coombe) at the end of episode 4.

“Learning about what happens was quite an intense experience and I was petrified to, to film this [or] to film anything to do with assault in this way. But we had chats and there was a lot of trust in making sure we do it right,” The Society alum explained to Us. “[There was also] making sure that the intention of everything comes across because it is such an important part of the boys’ storyline as we switch from quite lighthearted first four episodes to a darker in tone final four. It is just trusting in the creators and that everything will come together in a really impactful way.”

Although Josh initially chooses not to tell anyone about what happened, his new friend Kirin quickly convinces him to reconsider. For Coombe, 27, taking on the complicated twist really pushed boundaries for him as an actor. “Episode 4 is a life-changing moment for Josh. So as the actor, you read that in the script for the first time and it’s one of those things where you have to reread it 3 or 4 times to really process what’s on the page,” the Lost City of Gold star detailed. “In order to do a scene like that, it required a lot of prep to be honest with you.”

Coombe praised the “really important” work that went on behind the scenes in order to approach the story “in the best way possible” for the audience. “After seeing how it all came together, it was such a powerful, gut-wrenching and heartbreaking scene. I think it came across the way that we planned and that was something special,” he added.

As Seth dealt with the fallout of his actions, Josh started to come into his own with the protection of the other boys. “[Josh] is the kind of person that wants so badly to fit in with people that he’ll say something and he’ll just not think about it and it will go a little too far. But he genuinely is trying to be that nice kid,” Coombe continued. “He [starts out] being this clueless, neurotic and innocent kid and goes through this massive change on the island where afterward the others really give him the opportunity to be heard.”

Josh’s connection with Kirin helped both of the boys feel comfortable in their new roles on the island. Alexander opened up about the growth that Kirin got to go through because of his friendship with Josh. “The audience sees this vulnerability for the first time in [Kirin] during that interaction with Josh in episode five, where he confides in him,” the actor recalled. “We see Kirin drop it all and just accept him. Not only that, but then he becomes the protector and shows a different kind of strength than aggression. He is protective, nurturing and caring for the weakest member of the group.”

Fingers Crossed! TV Couples We Need to See Together in 2022

Fans also got to see Ivan grow through his experience on the island — which was interesting for Miles Gutierrez-Riley to take on. 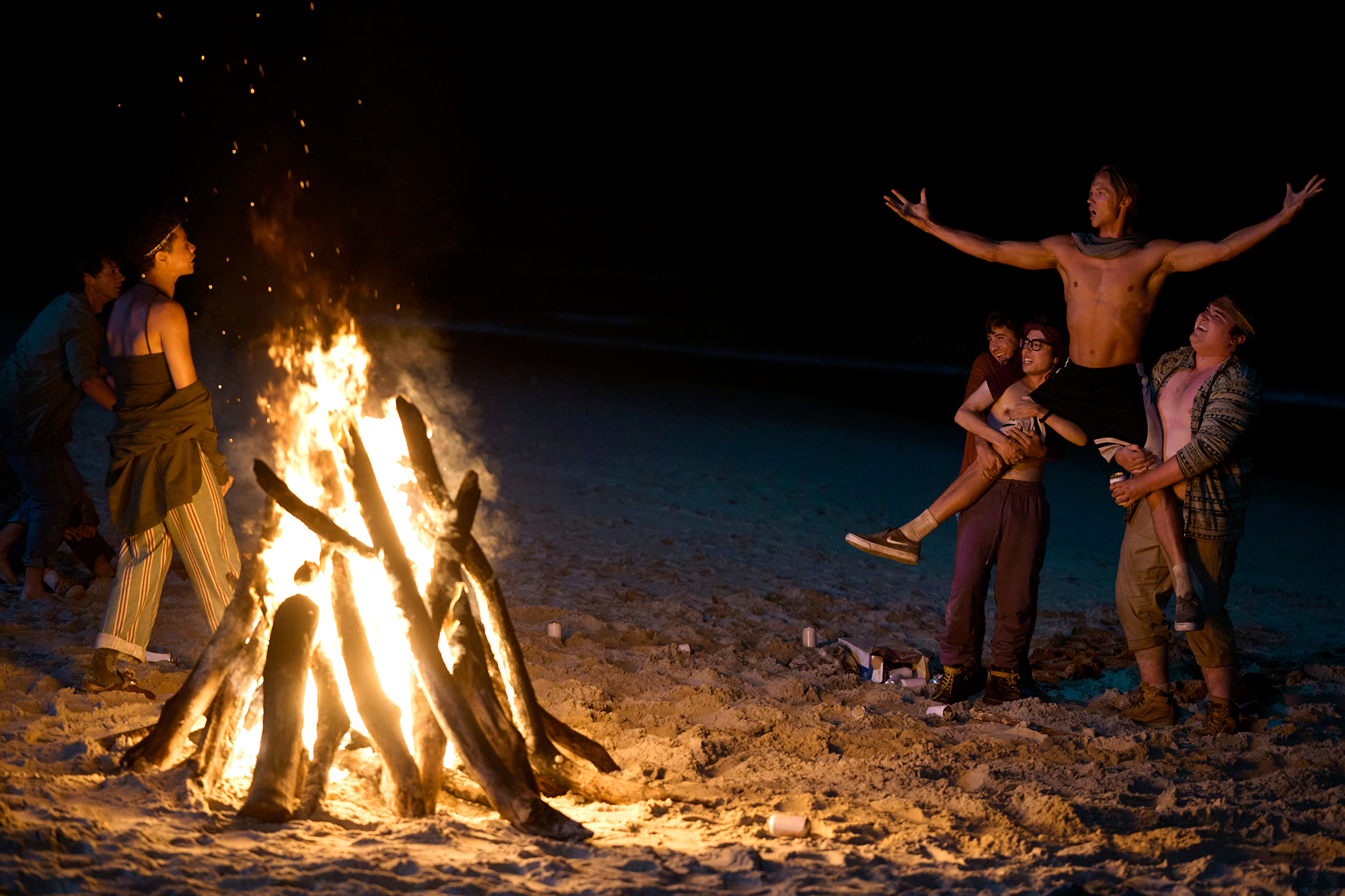 “Ivan obviously brings his opinion to the table pretty quickly and pretty readily. But to have different dynamics across the ensemble, who have different ways of approaching things, it’s like you’re always feeding off of someone else’s energy and that’s only fueling your own desires and actions even more,” Gutierrez-Riley told Us. “The most exciting thing about a show like this is that we’re constantly problem-solving and navigating these very emotional touchy situations.”

Looking ahead, the Moon & Back actor pointed out that there were ways that Ivan could push himself even further in a potential season 3. “Ivan learns by the end of it that compassion, empathy, sensitivity and understanding first is just as powerful as standing up for himself,” he concluded. “Ivan has a lot of potential to be a community leader. He’s very intelligent and funny. If he pairs that with his ability to stand up for what he believes is right, and this new understanding of emotional intelligence and vulnerability, that to me makes for someone who could be a great leader or one who can bring people together.”

Tanner Ray Rook and Reed Shannon, who played best friends Bo and Scotty respectively, also had their own hopes for their characters now that the girls and the guys are stranded together.

“I would like to see a bit more of Bo’s dark side. We don’t see too much of it, but there’s an anger and a darkness that’s in him that I think even he’s scared to touch and let out,” Rook teased. “But considering the situation that he’s in, I think that’s probably the only way left to go.”

Shannon, 21, for his part, would like to see Scotty taking on more of a leadership role. “Scotty’s one of the more practical people out of both islands. I would love to see him take a swing at his [Barack] Obama style,” he shared with Us. “He’s gotta take his rightful place as a head decision-maker so that we don’t all end up dying in a bunker or something like that.”

Season 2 of The Wilds is now available to stream on Prime Video.