Whenever a new episode of This Is Us debuts, sadness and heartbreak are usually never too far behind. So when a new flash-forward scene during last Tuesday’s Season 3 premiere featured an older version of Toby alone in bed with a prominently empty spot next to him, sans wedding ring, fans couldn’t help but wonder about what the future holds for his and Kate’s relationship. Do Toby and Kate get divorced on This Is Us or could this clue be pointing to something even more dire than that?

The flash-forward is part of an on-going future timeline, which was introduced during Season 2. Previously, the scenes had showcased Old Randall coming to visit his daughter, Adult Tess, at work and mentioning that it’s time that they go see "her," though neither of them really seemed all that excited about the prospect, implying that something was very wrong with this mystery person. This left viewers to ponder all summer long who this presumed "her" could be. Does this mean something happens to Beth? What about Randall’s other daughter, Annie, or their newly adopted daughter Deja? None of these characters have popped up in the flash-forwards, making any of them viable options for who could be "her."

However, the latest flash-forward added a new layer to the mystery. On their way to visit whoever "her" is, Older Randall made a quick phone call to Older Toby, asking if he was going to come down and see this person with them. He said he didn’t know if he should, to which Randall responded by saying, "She wants you to be there." It was at that point that the camera panned away to show Toby looking at the empty spot on the bed beside him, with Kate nowhere to be found.

On the one hand, this could indicate that Kate is the "her" everyone has been wondering about. It definitely seems to be what the writers want us to believe. But if this show has taught us anything, it’s that we shouldn’t just take anything at face value. There’s bound to be more pieces of information that’ll make it much more clear why Kate is MIA thus far in Toby’s future. One option is that she’s sick and everyone is going to visit her. However, it is just as possible that she and Toby have separated or gone separate ways during the time between the present and future timelines. It would certainly help to explain why Toby isn’t wearing his wedding ring anymore… 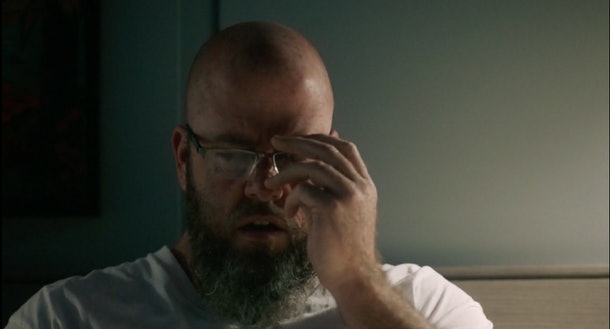 At the end of the Season 3 premiere, Toby made the unwise decision to flush his antidepressants down the toilet in the hopes that it’ll up his sperm count and allow them to get pregnant via IVF more easily. But given a separate flash-forward we saw at the end of the Season 2 finale, this will eventually lead to Toby depressed and unable to get out of bed. There’s a good chance this, and the pressure of trying to conceive, could put a strain on their marriage and cause significant problems down the line. Only time will tell as to how this will all play out.

Maybe Kate and Toby are totally fine and she was just out shopping or resizing Toby’s ring at the time of Randall’s phone call and our worrying is all for nothing. But if that is not the case, then perhaps Toby and Kate’s marriage will face some very difficult times ahead.