Almost every Sydneysider has walked past the Harry Seidler designed Commercial Travellers Association building in Martin Place – AKA “The Mushroom” – but how many have slept there?

This year’s Sydney Festival has moved its hub from outside at Hyde Park and Speakers’ Corner, to inside and underground at the CTA HQ, renamed the Weary Traveller for the duration of the festival.

A host of cutting edge musicians and favourite local DJs will perform here over the course of 16 nights. 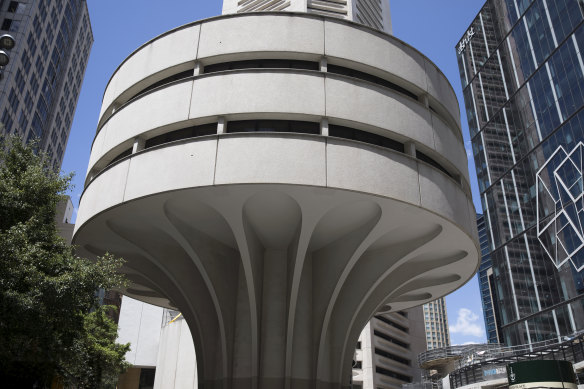 Meanwhile, Olivia Ansell and her Sydney Festival team have turned the 28 bedrooms of the building into a quirky performance space as part of the festival’s mission to open up parts of the city we walk past every day and never enter.

Los Angeles-based cellist Kelsey Lu has created an eight-hour sound work especially for the rooms called The Lucid: A Dream Portal to Awakening. 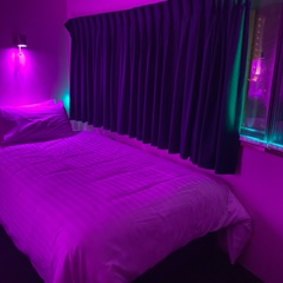 The bedrooms inside the Commercial Travellers Association.Credit:Helen Pitt

I am notorious for falling asleep during any sort of performance, no matter how good. I’ve even snoozed through some of the world’s best-loved arias at the Sydney Opera House (I blame the comfortable seats). The family joke is I could never become a film reviewer because I often fall asleep mid-Oscar winning cinema performance.

So I jumped at the chance to attend a show where the goal is actually to sleep.

The accommodation itself can only be described as a cross between Twin Peaks’ The Great Northern Hotel, and Fawlty Towers.

From the worn down pebblecrete stairs you ascend to your piece of pie-shaped room. Think of the two floors of bedrooms like a giant pie and each room is shaped into 14 pieces. 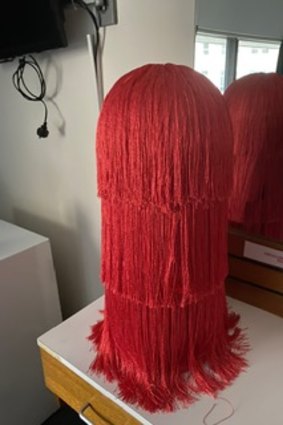 The speakers for The Lucid in the CTA bedrooms.Credit:Helen Pitt

The spartan bedrooms are cocooned into the curves, while the bathroom is located at the pointy end of the triangle. (Pity the poor tradie who had to cut the bathroom tiles for Seidler’s space age folly.)

For The Lucid, the rooms are lit in neon and the ambient music is beamed from a speaker, covered with orange fringed fabric in a sort of Cousin It look.

It is a slightly trippy, once-in-a-lifetime overnight soundscape experience that I slept through.

I wish I could say it was an out-of-body, other worldly experience, but it simply lulled me off to sleep instantly – just like listening to a bedtime story. My companion reported sweet dreams, but I don’t remember mine.

At breakfast the next morning – included in the price of performance – other guests reported the same swift descent into slumber, as they do at home often in front of the TV or while listening to relaxation apps.

Think of it as a trip back to a simpler 70s Sydney, delightfully unaffected, much like the CTA staff who greet you.

“No one knows we are here,” said one staff member of more than 30. “The upstairs was designed by some famous architect.” (Whose name she couldn’t recall.)

The Lucid: A Dream Portal to Awakening runs until January 29.