For an all too brief moment there was an artistic utopia of sorts tucked away in the eastern suburbs of Melbourne. Heide was the home of patrons of the arts John and Sunday Reed, and across the ’30s, ’40s and ’50s they played host to a handful of modernist artists who both lived and worked at the idyllic property. 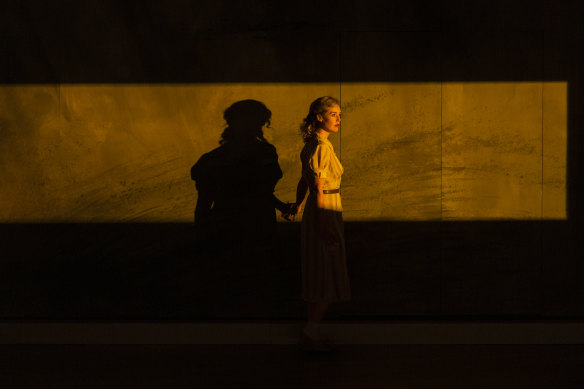 Among those artists were Joy Hester and Sidney Nolan, both of whom formed complex – and in the case of the latter, intense – relationships with the Reeds. Nolan, who moved there in 1941 lived out a complex ménage à trois for years before everything came to a head, leading him to pack up and leave Heide forever.

“The relationship between patrons of the arts and artists is endlessly fascinating because it’s a constant power dynamic where you feel like, oh, yeah, we’re all friends. But you’re not – and that goes both ways,” says Sarah Goodes, director of Sunday at the Melbourne Theatre Company.

The debut production spans roughly a decade across the ’40s and ’50s, as seen through the eyes of Sunday Reed (performed by Nikki Shiels whose most recent work includes Girls & Boys and The Picture of Dorian Gray). It explores not just the complex, flawed, generous and pioneering woman at the centre of the events, but takes in the messiness of human relationships, the shifting power dynamics that existed within the Heide circle, and the difficulty of being a woman who doesn’t fit neatly into society’s expectations. 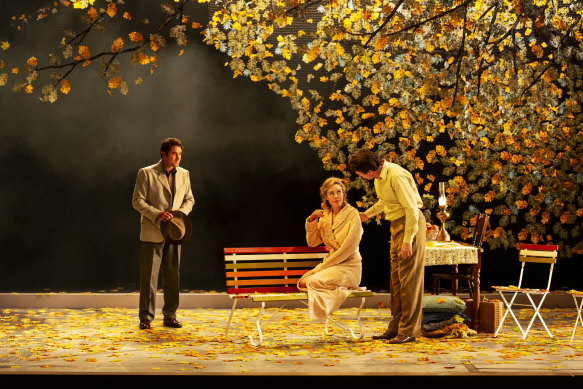 Written by Anthony Weigh, the play doesn’t aim to be a biography; it isn’t a chronological telling of the events that unfolded between artists and patrons. “I just think biographical theatre is very dull,” says Goodes. “The thing that theatre gives you is it’s this great meeting with actors and artists and audiences’ imagination. So you give them shards of things and go ‘imagine the rest’.” It’s a collaboration.

The production invites audiences to step into Sunday’s mind. “You meet her, and you kind of freefall through these shards of memories that land at the big memory, which is the night when Sidney came back and, and severed all ties,” says Goodes.

The story centres on Sunday, John (Matt Day), Nolan (Josh McConville) and Hester (Ratidzo Mambo), taking the key moments that are known and colouring in the gaps with imagined conversations and stories.

At the core, however, is the rift between Nolan and Sunday. “They’re two sort of opposite people in a way,” says McConville. “He really looks up to her and she teaches him a lot, almost like a motherly teacher figure.”

“I think that’s the thing that’s so fascinating about this story between Sidney and Sunday was that no one ever got over it. And you can’t hate like that unless you loved incredibly deeply, I feel,” says Goodes.

Goodes and Weigh first started discussing the project back in 2017. Now, after two-pandemic related postponements the play is finally set to open this week. “It’s a very sacred Melbourne story, and I’m sure people will have very strong opinions about what they think about it.”

Melbourne Theatre Company’s production of Sunday is on at Southbank Theatre from January 16 to February 18.