The newest Doctor is in and she’s ready to show that anything that men can do she can do better. That becomes very clear in the new Doctor Who trailer starring Jodie Whittaker as the thirteenth Doctor and the first female one in the show’s history. Yes, it took the show 55 years to hire a female lead and it’s not wasting anymore time. In fact, the makers of Doctor Who want fans to know "it’s about time" that they put a woman in charge.

The trailer for Whittaker’s Doctor Who debut season, which premieres Sunday, October 7, packs all the time-traveling fun of the others. "I’m the doctor," Whittaker says. "When people need help, I never refuse." That’s why she’s constantly running for dear life, often, as seen in this video, from balls of fire and explosions. Even when just narrowly escaping these on-the-job hazards, this Doctor will never stop. "Sometimes I see things need fixin’" she said. "And I do what I can."

What this Time Lord can’t do is put up with anyone’s misogyny. The look on Whittaker’s face when someone questions her role as the leader of this rag-tag group of friends — Ryan (Tosin Cole), Yasmin (Mandip Gill) and Graham (Bradley Walsh) — should put the fear of any and every god in them.

That’s why she thinks that those, like Peter Davison, who played the role of the Doctor from 1981 to 1984 and thinks that little boys have lost a role model now that a woman is starring in Doctor Who, goes against everything the show stands for. It’s always be an inclusive show that wants to empower everyone.

"I’d be surprised by finding a boy who didn’t have a role model in their life that was female,” Whittaker said, adding, "It’s someone’s opinion that boys can’t look up to women. Role models and heroes come in all different shapes and sizes, and I’ve never needed to look like mine for me to be able to relate to them.” 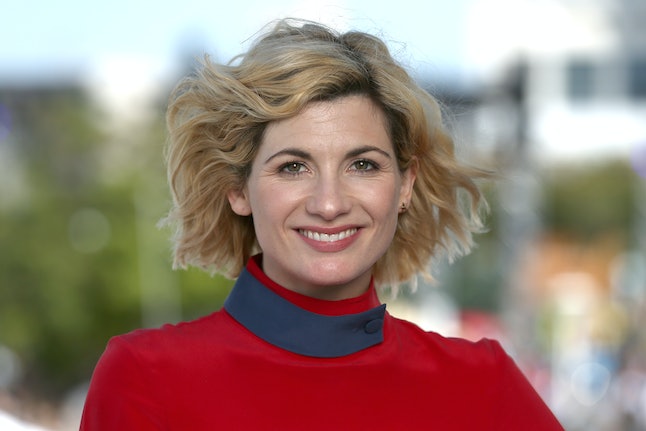 The thing is, Whittaker is still a Time Lord from Gallifrey who has traveled through time and space to defend the universe.