From eating the wrong kind of pasta to ordering coffee at dinner: The most embarrassing menu mistakes tourists make while in Italy

Travel can often act as the perfect opportunity to expand a person’s horizons – and place them in situations only possible when in an unfamiliar place.

But it also presents a slew of unique challenges which can often lead to embarrassing food-based mistakes if they’re not tackled in the culturally correct way.

From indulging in a Italy’s trademark coffee hours after the locals to eating its most famous dish as the wrong course with dinner, tourists are making blunders they may not even know about.

Here, FEMAIL takes a look at the main mistakes being made. 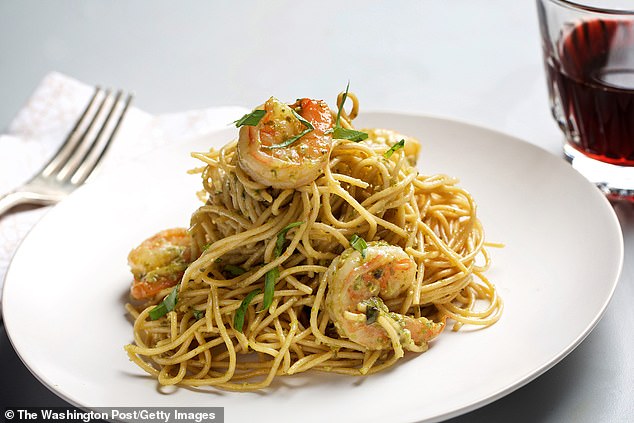 ORDERING COFFEE AT THE WRONG TIME

No matter where in the world, coffee can act as a relief in even the most far flung destinations – especially Italy which pioneered much of its acclaim.

But in certain coffee havens, the respite can cause some serious faux pas depending on which time of day it is enjoyed.

According to News Corp, for many Europeans, a cup of liquid caffeine should be strictly reserved for the morning time – a view not shared by many of the continent’s visitors.

Other unwritten rules, in Italy in particular, are avoiding milky coffees at mealtimes and widening taste buds beyond the humble cappuccino.

From indulging in a Italy’s trademark coffee hours after the locals, to eating its most famous dish as the wrong course with dinner – tourists are making blunders they may not even know about

ADDING TOO MUCH PARMESAN

The star of any dish should be just that, but this can easily be derailed when drowned in sauce – or, at the diner’s request, Parmesan cheese.

While it is acceptable to request more cheese, Italians use a light touch when sprinkling on the Parmigiano so as not to overwhelm all the other flavours in the dish.

According to one American in Rome previously speaking to MailOnline, you should never ask for Parmigiano cheese to top seafood pasta – cheese and fish are a rare combo up and down the boot.

Italians have perfected the pasta twirl without relying on a spoon to help craft each perfectly wound bite. For many nationals, only a fork and bread is needed to finish a bowl of pasta.

In a move known as fare la scarpetta (which literally means: ‘to make a little shoe’), a torn off corner of bread is dragged across the empty plate to catch every last drop of the not-too-heavy sauce.

Think of it as a refined method for licking the plate clean – an act travellers may already be well acquainted with.

Although it’s possibly the dish most synonymous with Italy, many foreigners make a huge blunder when ordering spaghetti bolognese while in the country.

According to News Corp, instead of requesting the famed pasta dish, diners should instead order the Tagliatelle al Ragù which out-performs the alternative.

Instead, the Tagliatelle and sauce will see pasta-lovers able to demolish a more sophisticated egg dough spaghetti and beef belly-based meal.

EATING PASTA AS A MAIN

Pastas are considered primi – or first courses – so go ahead and order more in the form of a meat dish or something green.

In Italy, vegetables and salads come after pasta rather than before or with the main course. Go along with the local timing of plates to avoid giving yourself away as a tourist.

ASKING FOR PASTA TO BE COOKED MORE

Overcooking pasta amounts to a cardinal sin to many of its homeland’s residents.

Italians live in fear of ordering their national dish while travelling internationally, rightly worried that the pasta will be scotta – limp, mushy and overcooked.

Regardless of the type of pasta, it should always be cooked al dente – or with a bit of bite.

ASKING FOR A DIFFERENT TYPE OF PASTA

Spaghetti is far and away the most popular pasta overall, but there are literally hundreds of pasta shapes and sizes that come from Italy’s many regions. However, not all pasta was created equal.

The shapes are not interchangeable so give up on asking the chef to substitute one kind for another. Pastas are usually specifically paired with a particular sauce and as a general rule: the thinner the pasta, the thinner the sauce.