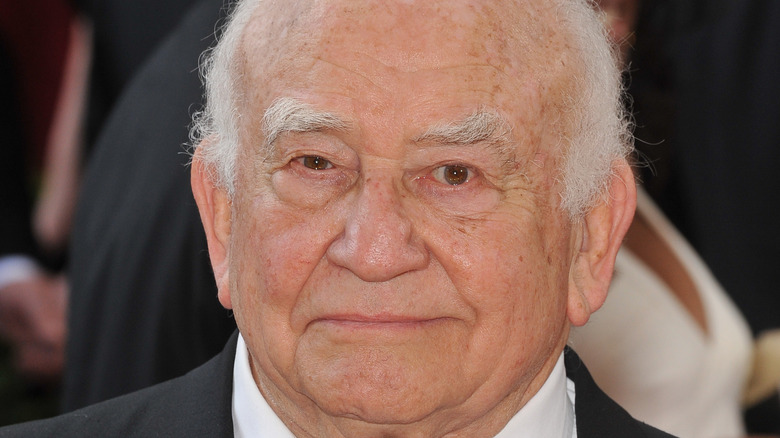 Ed Asner, age 91, died on Sunday, August 29, 2021. His family tweeted from his account this morning, “We are sorry to say that our beloved patriarch passed away this morning peacefully. Words cannot express the sadness we feel. With a kiss on your head- Goodnight dad. We love you.”

While the older generation recognized Ed Asner for his days on “The Mary Tyler Moore Show,” the younger generation may recognize his voice as Carl Fredricksen from Pixar’s “Up,” or the Angry Old Timer from “SpongeBob SquarePants,” via IMDb. Asner’s gruff, distinctive voice was iconic in Hollywood, and helped him land many a comedic role. According to the FFRF, Asner had nearly 400 acting credits and was the most honored male performer in the history of the Primetime Emmy Awards, with eight awards under his belt. He was also the Screen Actors Guild president from 1981 to 1985.

Asner seemed grateful for his life and his career to the very end. “I want another 90 years!” He once told Closer Weekly in an interview. “I have a few more roles I want to play, and if the good Lord is in a generous mood, I can show the world what I can do. … I love my work. It’s not work — it’s pleasure. Showbiz is sexy!” 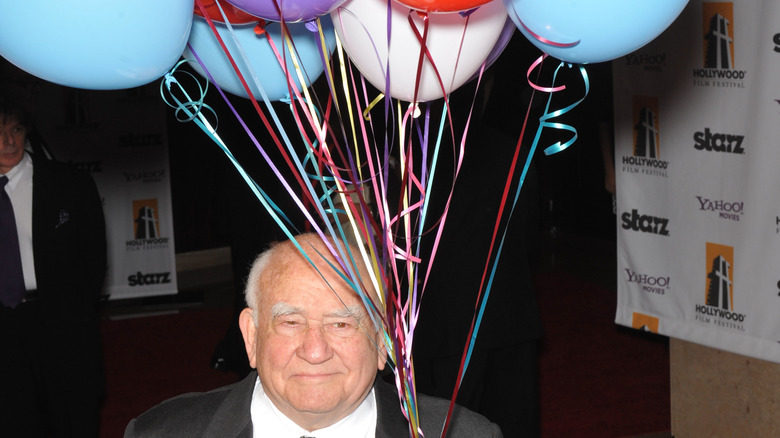 Ed Asner was born Yitzhak Edward Asner in Kansas City, Missouri, in 1929, via Britannica. He grew up with his four siblings in an Orthodox Jewish family, and his mother Lizzie worked as a stay-at-home mom while his father Morris managed a junkyard and secondhand shop, per FFRF. When asked in a Television Academy Foundation interview (via YouTube) about how his upbringing and heritage affected his later life, Asner responded, “I’ve always thought that being part of a discriminated minority was a strengthener. It didn’t kill me. It made me stronger, in certain ways. It gave me a hunger that I might not otherwise have had.”

In high school, Asner became an announcer for his school’s radio station and found that he tremendously enjoyed acting and having an audience, via the South China Morning Post. He then went to college at the University of Chicago, where he began to feel alienated from his friends as they all joined fraternities, per the Television Academy Foundation. “I eventually became something of a clown,” he said. “I was the guy whose books were hidden. I was the one who was always blundering into something and getting laughs.” Instead of joining a fraternity, Asner appeared in several stage productions, as noted by Britannica. He was drafted in the U.S. Army not long after college, but when he returned, he helped found the Playwrights Theatre Club in Chicago. 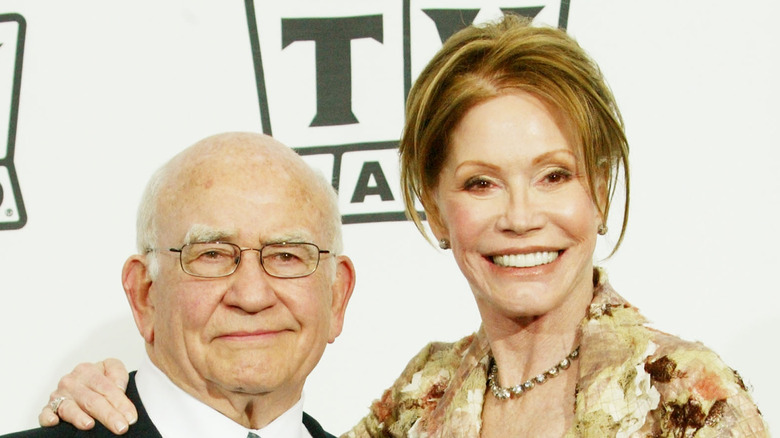 In 1955, Ed Asner decided to leave the Playwrights Theatre Club and Chicago altogether, and headed for New York City, according to Britannica. He landed several Off-Broadway roles during his time there, and even played the noteworthy role of Peachum in “The Three Penny Opera.” In 1961, Asner decided to move to Los Angeles and pursue a career in TV. He appeared in a variety of shows, including “Naked City,” “The Untouchables,” and “The Alfred Hitchcock Hour.” However, none of those roles was as important to his career as playing Lou Grant on “The Mary Tyler Moore Show,” per SCMP. Though Asner reportedly had a subpar audition and Mary Tyler Moore was unsure of his performance, the show’s producers both agreed that he was the perfect fit, as noted by Biography.

Indeed, Asner became incredibly popular with audiences on the show, and his stocky build and distinct, gruff voice became iconic, per Britannica. When “The Mary Tyler Moore Show” ended in 1977, Asner even got a spinoff series centering around Lou Grant. His comedic timing and vocals carried him through the rest of his career, in which he began adding a great deal of voiceover work to his repertoire. 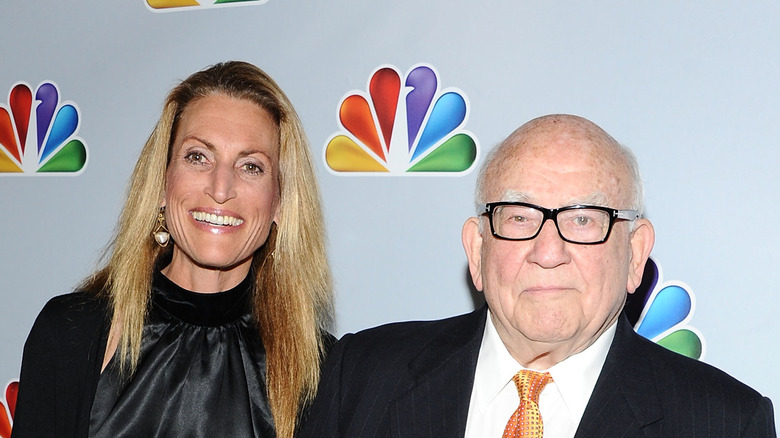 In 1959, Ed Asner married Nancy Sykes, via Daily Mail. According to Closer Weekly, the couple had three children together – Matthew, Liza, and Kate – before divorcing in 1988. However, Asner had a child with another woman, Carol Jean Vogelman, one year before his divorce, in 1987. He was separated from his first wife for years at that point, and openly involved with Vogelman, who gave birth to his fourth child, Charles.

When “The Mary Tyler Moore Show” ended in the late 1970s, Asner and his co-star, Moore, were both single for a brief period of time, per Biography. Asner said that they decided to go on a date, though things stopped progressing when they tried to get romantic. According to Asner, they tried to kiss and laughed, realizing that they were just friends. Asner then married Cindy Gilmore in 1998, per Daily Mail. Unfortunately, the pair split up after nearly a decade of marriage in 2007. No divorce papers were officially filed until 2015, though the pair had reached a financial settlement in 2009 and were no longer living together.

Asner reportedly had a good relationship with his kids, per Closer Weekly. Three of his children, Matthew, Liza, and Kate, are all involved in the film business to some degree, with jobs ranging from producer to booking agent to actor. In addition to his four children, Asner is survived by his grandchildren.