A decade of policy inaction, misstep and failure is coming home to roost – and Australian taxpayers are being warned the cost of that will be borne by them.

Reserve Bank governor Philip Lowe, former competition tsar Rod Sims, Treasury secretary Steven Kennedy, the Parliamentary Budget office and even the OECD have recently highlighted huge issues which have been for too long been swept under the nation’s shopworn political carpet. 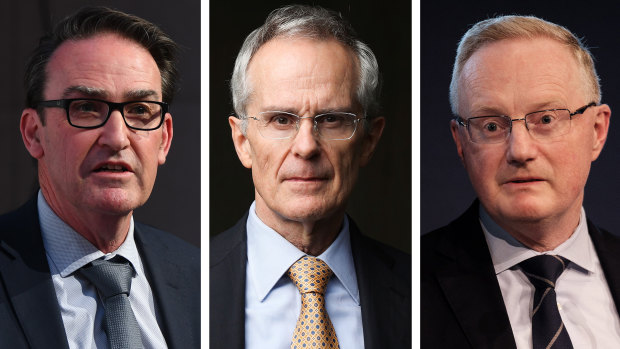 While the political class has driven down culture war cul-de-sacs, sated the demands of vested interests or promised easy solutions to complex problems, those whose job is to advise and deal with economic issues are now increasingly airing their exasperation.

On Tuesday, Lowe used a speech to effectively argue the past three decades of government out-sourcing economic policy to the Reserve Bank must come to an end.

Setting interest rates to control inflation, he said, will be increasingly fraught because of four major supply-side developments that will have a particular impact on Australia.

He identified deglobalisation – bringing manufacturing back to home shores because of supply chain concerns – as one issue that will weigh on all economies over coming years.

The growth in the number of people of working age, which has helped countries keep a lid on labour costs and produce more, is now reversing.

The two other issues are closely related. Countries around the world are upgrading their energy systems to absorb renewables (while decommissioning fossil fuel power supplies) which means power price are likely to be higher and more volatile.

That work is being done because climate change is going to disrupt production and push up prices.

“It is not just food production that is affected by extreme weather. It also disrupts the production of commodities and the transport of logistics industries,” he noted.

Barnaby Joyce once warned a carbon price would force the price of a leg of lamb to $100. Lowe is saying that climate change will mean the price of the lamb, the potatoes, rosemary and the fridge they are stored in will be much more expensive.

Lowe’s broader point is that all of these issues require political solutions.

Just hours before Lowe delivered his speech, Sims, now a professor at the Crawford School of Public Policy, told a summit in Canberra that a lack of competition, the country’s approach to “fairness” in supply chains and the way governments have sold off public assets were all damaging the economy. 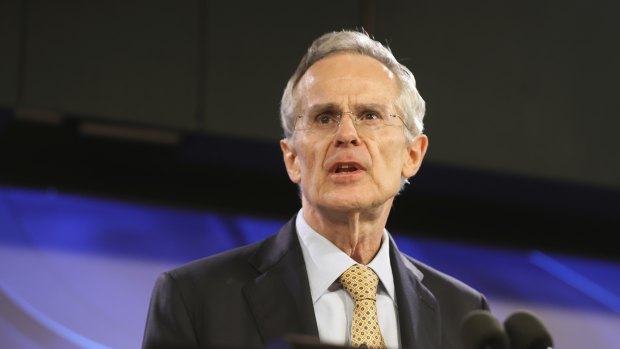 “I think Australia has lost some of its desire for competition and dynamism, which means lower productivity and prosperity,” he said.

Sims didn’t just target his criticism at the nation’s politicians noting courts had approved mergers in areas like energy, telecommunications and rail freight that then saw “immediate price rises”.

Both critiques from Lowe and Sims go to Australia’s poor productivity growth rate.

This is one of the reasons why Treasury secretary Steven Kennedy noted last month that slower productivity means less money in government coffers.

“Beyond the near term, the budget pressures are more profound and will likely require a combination of spending restraint and increases in taxes to reduce deficits and lower debt,” he said.

Kennedy’s insight is particularly pertinent when you have a budget awash in red ink and increasingly expensive gross debt on its way to $1 trillion and beyond.

The Parliamentary Budget Office, awake to the issue, last week brought a dose of reality to the whole debate around the stage 3 tax cuts that is likely to again envelop the government over the next 18 months.

Much has been made about the estimated $250 billion cost of the tax cuts that skew to high income earners. But the PBO said if a government was serious about bracket creep, then it had to deliver an additional $60 billion in tax relief over the rest of the decade with most of that aimed at low and middle income earners.

“The legislated stage 3 tax cuts in 2024-25, which cost around $250 billion over the period to 2032-33, offset some of the impact of bracket creep, but do not eliminate it completely – bracket creep will still continue even after taxes are cut,” it found.

If this wasn’t bleak enough, the OECD’s economic outlook released this week was even darker, saying the pandemic, the war in Ukraine, the fragmented global economy and climate change-related weather events would mean more shocks in the future.

“Other things equal, this would mean weaker potential growth and more upward pressure on prices than otherwise and would pose further threats to the resilience of economies while further straining social cohesion.”

In the past month, the Reserve Bank governor, the former head of the nation’s competition watchdog, the Treasury secretary, an independent authority on the state of the budget plus the OECD have all highlighted a string of different but connected issues facing the country and the budget.

Although the federal government talks regularly about the issues facing the economy and its intention to tackle them in the May budget it is yet to show any signs of the kind of innovative thinking needed to confront the plethora of problems it faces.

There is no carpet big enough to sweep them under.