The Corbynista A-Z of everything: RICHARD LITTLEJOHN imagines the blueprint Momentum might use to teach the alphabet

The Jesuits said: ‘Give me the child until he is seven and I will give you the man.’ It’s a lesson not lost on Labour supporters working in education.

Today, 1,000 Left-wing headteachers are marching on Westminster to protest against the ‘cuts’. According to a recent poll, only 8 per cent of teachers support the Tories.

So what are they teaching their pupils? This column has obtained a secret blueprint drawn up by Momentum, designed to help five-year-olds learn the alphabet… 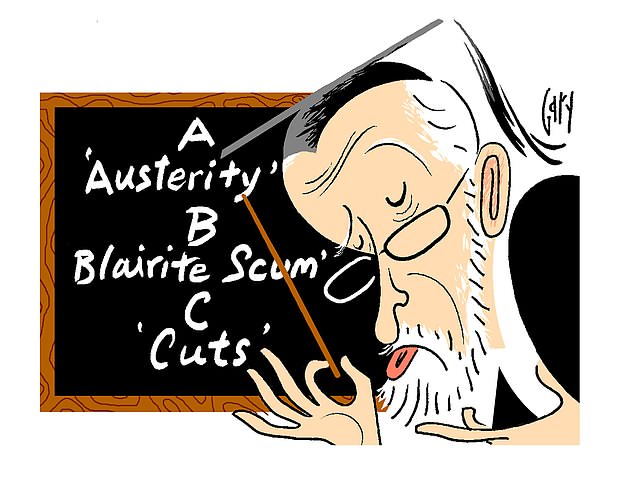 A is for Austerity, always Tory; America, aka the Great Satan; Aggression, always Western; Anti-Semitism, which doesn’t exist in the Labour Party and is a far-Right smear used to discredit our Dear Leader, who has devoted his life to Anti-Racism in all its forms.

C for Cuts, always Tory; Corbyn, Jeremy, our Dear Leader; Cuba, a sun-drenched Workers’ Paradise with world-class healthcare; Castro, Fidel, role model for our own Dear Leader; Communism, which hasn’t been tried properly yet; A customs union, but not the customs union.

D for Deselection, of Blairite scum; Delegates, ie: Labour MPs mandated to do what they are told by activists at party conference; Ding, Dong, the Witch is Dead!

E for Expulsion, of Blairite scum from Labour Party; Extremism, always far-Right; Exterminate, all Tories. EU, either capitalist conspiracy or necessary guarantor of workers’ rights (We’ll get back to you — JC).

G for General Strike, necessary to bring down the Tory scum (All pupils to chant at the end of assembly: ‘What do we want? General Strike! When do we want it? Now!’). The Guardian, a scrupulously independent newspaper of record; Genderfluid; Genocide, as practised by the Zionist Entity against peace-loving Palestinians. 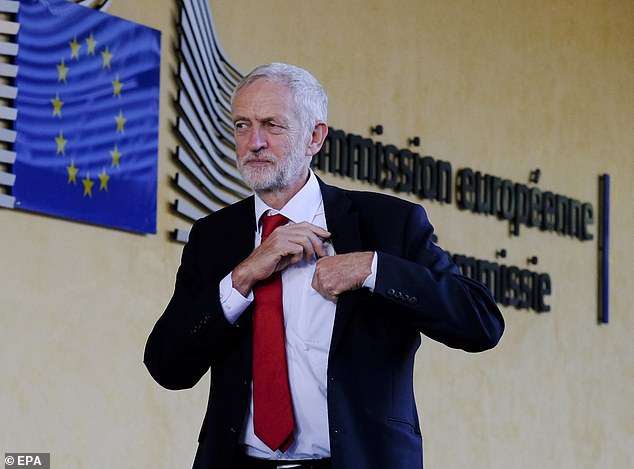 J for Jeremy , aka Jezza, our Dear Leader; also Jews, lackeys of the Zionist Entity who have no appreciation of British irony

J for Jeremy, aka Jezza, our Dear Leader; also Jews, lackeys of the Zionist Entity who have no appreciation of British irony and therefore are complicit in the genocide against the peace-loving Palestinian people.

L for LBGTQI; Living wage, to be set at £20 an hour, paid for by taxing the rich; Lies (ie: £350 million a week for the NHS); Livingstone, Ken, pioneering socialist who would have been our Dear Leader, had it not been for unfounded Tory smears of anti-Semitism.

More from Richard Littlejohn for the Daily Mail…

M for Marxism, the only true path; the Morning Star, a scrupulously impartial newspaper trusted by our Dear Leader; Militant, working-class heroes in sharp suits who took the war on austerity to the Tories in the 1980s before being betrayed by turncoat Kinnock (see above); Momentum, today’s working-class heroes keeping the flame of socialism alive, run by a bunch of privileged ex-public schoolboys (Can we gloss over this bit? JC); Maggie, Maggie, Maggie, Out, Out, Out!

N for the NHS, which is in permanent crisis because of the Tory cuts (see Austerity); No Nukes; No Platform for fascists, racists, feminists, anyone who says women don’t have penises etc.

O for ooh, Jeremy Corbyn, our new national anthem, to be sung at every school assembly after the daily One-Hour Hate (see above).

P for Palestine, by far the most important policy issue for today’s modern Labour Party. (See Israel, Genocide etc); Putin, benevolent Russian leader with absolutely no connection to assassinations on foreign soil using nerve agents such as novichok, or the annexation of Crimea, perish the thought; Penises, which it is perfectly acceptable to possess when defining as a woman, using women’s toilets, women’s changing rooms, joining the Girl Guides etc (see No Platform).

Q for Quotas (ie: all-women shortlists, not confined to biological women, but including transwomen with penises who define as women); Queer; Questioning. Also The Queen, not from the Netflix series but the old biddy in Buckingham Palace who will be the last of her line to live there, since we intend to abolish the monarchy the moment she pops her clogs and replace her with President For Life Corbyn.

R for Redistribution of wealth; Renationalisation of the railways, water companies, etc — in fact, everything stolen from the People and sold by the Tories to their rich friends; Resources, of which there are never enough owing to the Tory cuts; the Rich, who must be taxed until they bleed; and Remain, which our Dear Leader doesn’t support but is prepared to go along with if it triggers an election which sweeps him to power.

S for Socialism; Solidarity; Savage, as in Tory cuts; Scargill, Arthur, working-class hero who took the struggle to the hated Tories in the 1980s, back when we still had a coal industry. Went into the miners’ strike with a small house and a big union, came out of it with a big house and a small union. (Is this bit really necessary? — JC.)

T for Tax, but only for the Rich; Transgender; Transphobia; Terfs; Thatcher, to be pronounced as if expectorating (see Ding, Dong etc). Also Trump, Donald J, a racist, sexist, misogynist, Islamophobic war-mongering, illegitimate President of the United States who stole the election from Hillary Clinton with the help of the, er, Russians? 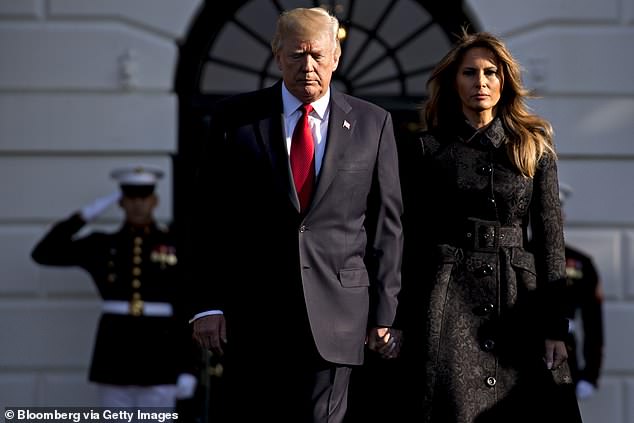 T for Tax , but only for the Rich; Also Trump, Donald J (pictured), a racist, sexist, misogynist, Islamophobic war-mongering, illegitimate President of the United States who stole the election from Hillary Clinton with the help of the, er, Russians?

W for Wind Farms, to spite the Fascist, fox-slaughtering Countryside Alliance. (This is better — JC).