Red interrogates a woman who could have answers about Liz’s death in this EXCLUSIVE preview of the all-new ‘The Blacklist.’ When asked about Liz, the woman claims she knows nothing about her.

When Red wants answers, he’ll do just about anything to get them. In this EXCLUSIVE preview of the March 4 episode of The Blacklist, he comes face-to-face with a woman who may have the answers he wants. When the mysterious woman asks who Red is, he simply replies, “Who I am is not important. What matters is that you are Helen from apartment 3B.” 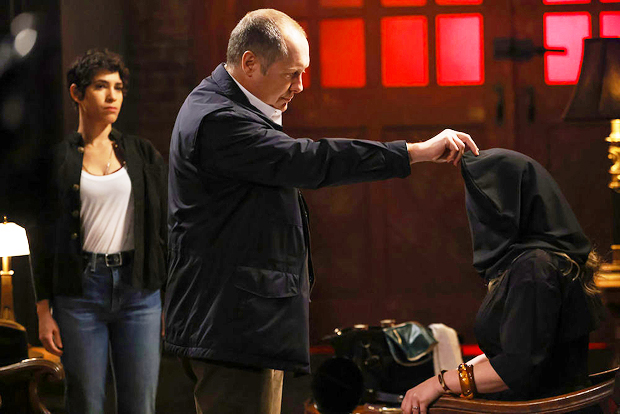 Helen says if this has something to do with Ken, then she had “nothing to do with it.” Red doesn’t want to know about Ken. “Charles VanDyke, you’re here to tell me about him,” Red says. After a brief pause, Helen claims she hasn’t seen him in years.

“No, I’m sure. Probably not since I killed him,” Red quips. Helen pleads with Red and says she’ll work with him. “I don’t know what it is you want, but whatever it is I’ll give it to you,” she cries.

Red replies, “I want names — friends, colleagues, acquaintances, and anything VanDyke left behind. Papers, books, bank records, computers… you look like you collect things. I want what you’ve collected from Charlie.”

When he brings up the name Elizabeth Keen — a name we know all too well — Helen gives Red a look and quivers, “I don’t know who that is.” Red asks, “He never mentioned her?” Helen says Charlie never said anything about Liz and swears by it. “We’ll see,” Red says. The interrogation is far from over, and Red has something planned with a camel’s urine. Helen better start talking and fast. 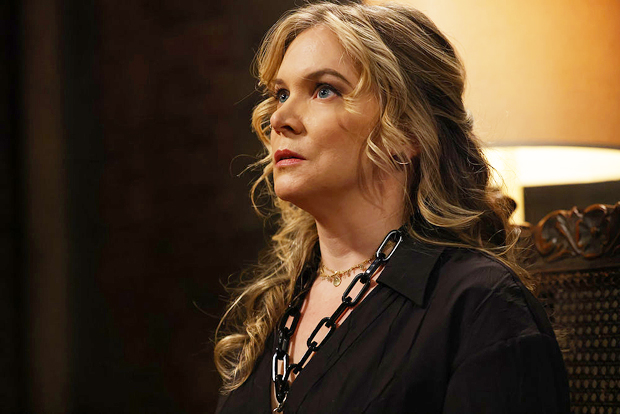 The synopsis for the March 4 episode of The Blacklist reads, “An investigation into the Conglomerate, a group of former government-sponsored assassins, becomes complicated when the Task Force learns one of their own may have ties to the group. Red digs deeper into the events leading up to Liz’s death.”

The Blacklist season 9 airs Fridays at 8 p.m. on NBC. The show has already been renewed for a milestone 10th season.