Spoilers for Thanos’s arc in the comics below, FYI!

Since the end credits of the very first Avengers movie back in 2012, Thanos, the Mad Titan, has lurked behind the scenes of the Marvel Cinematic Universe. Until Avengers: Infinity War, though, the movies haven’t given us much to go on. Who is he? Why is he purple? And what makes him so damn important?!

The MCU introduces him as Gamora and Nebula’s adoptive father who’s out to collect the Infinity Stones so he can destroy half the universe to “save it.” Sure, he’s a villain, but he honestly believes he’s doing the right thing. He’s even capable of familial love, guys — how bad can he really be? Well, Thanos of the comics is one of the most powerful and unsympathetic villains, so pretty bad.

The MCU gets off light with Daddy Thanos, honestly, despite the ending of Infinity War. MCU Thanos suggests a mass genocide to “save” his homeworld, which is . . . at least pretending to be noble, I guess. The Mad Titan of the comics murders his own mother, lovers, and children; captains (and murders) his own space pirate crew; nukes his own world and many others; and experiments on himself, unwittingly giving himself many powers . . . all before he even gets close to getting ahold of the Infinity Gems.

Thanos first appears back in the early ’70s in an Iron Man comic, but he’s more famed for the Infinity Gauntlet storyline and its subsequent parts, Infinity War and Infinity Crusade. The Infinity miniseries of 2013 is also said to have partially inspired the Avengers: Infinity War film. While Thanos’s 40-year history varies greatly, his motive largely remains the same: he wipes out half the universe for a lady love. (And you thought a diamond ring was impressive.) As far as the comics go, Mistress Death, the feminine personification of death (go figure), inspires Thanos’s quest. She believes the universe is out of balance as the living souls outnumber the dead.

In an effort to impress her and win her love, Thanos collects the Infinity Gems on his gauntlet, and, with a snap of his fingers, wipes out half the universe for her — yes, that infamous snap in the middle of an issue. Unfortunately for Thanos, Mistress Death spurns him anyway, which definitely doesn’t help his attitude. 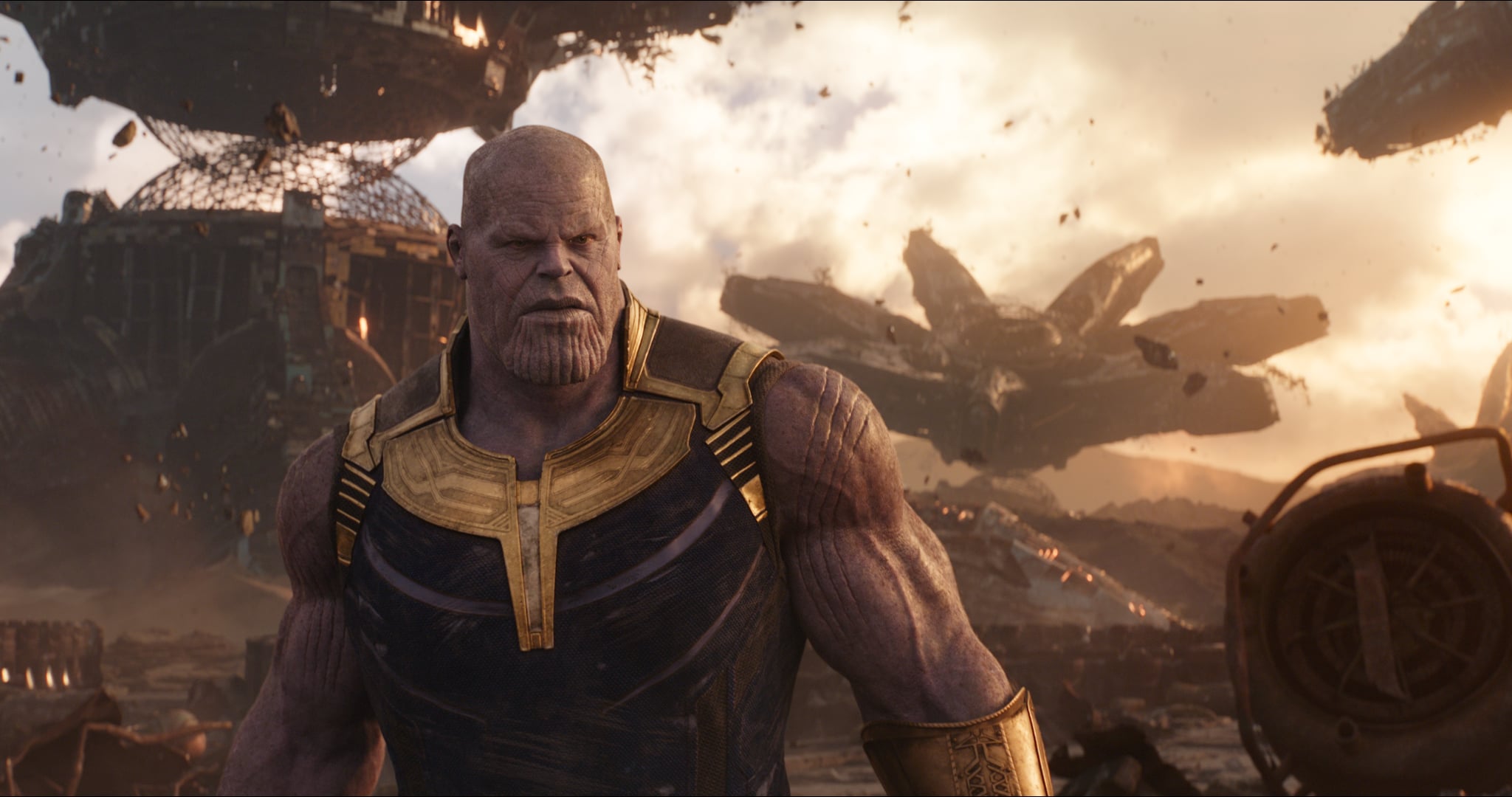 His Brush With Adam Warlock

Thanos screws up big time when he traps the powerful Adam Warlock in the Soul Gem, and he escapes to Earth to rally whoever is left of the heroes (for a diversion, basically). They lead a charge against him, but Thanos easily wields the power to destroy them all with the gauntlet. As Adam Warlock learns while trapped in the Soul World, Thanos doubts his own worthiness to wield the gems, so with a dare like this, he limits his own power.

He still succeeds in wiping out many of the heroes, though, and projects himself onto the astral plane after Mistress Death once again rebuffs him. This guy can’t catch a break in the love department, but he’s known as the Mad Titan for a reason. He even creates a lover for himself by the name of Terraxia at one point, but even that doesn’t exactly work out.

Thanos makes another mistake when he leaves the Infinity Gauntlet with his physical form, since his enemies are all supposedly dead. When a weakened, basically-dead Nebula finds the Gauntlet and steals it to rule the universe for herself, a humbled Thanos ends up teaming up with Adam Warlock, Doctor Strange, and the other heroes to retrieve it from her. After the dust settles and they use the Infinity Gauntlet to return the universe to the way it was before, Adam Warlock separates the Infinity Gems and Thanos settles down as a farmer and guardian of the Reality Gem on a distant planet.

Thanos essentially goes from pirate to Mad Titan to farmer — what a career path. Despite his peaceful retirement, Thanos is Thanos and eventually gets ideas again, resuming his quest multiple times. Everyone from Drax the Destroyer to the Ultimates to his own son defeats Thanos in the comics. His on-and-off fling with Mistress Death keeps him alive through many seeming deaths — she curses him with eternal life a couple times when she’s mad at him — so Thanos appears to cause a ruckus over and over.

While the MCU neglects the love story angle of Thanos’s backstory, it gets one thing right: as the Avengers learn, whenever Thanos is involved, things are sure to get f*cked up before they defeat him.