Standing in front of the television screen, gym shorts on and tennis racquet in hand, I am about to take my first tennis lesson with former world number one Serena Williams. Of all the places the great COVID lockdown was going to take me, I confess this is not one I predicted.

But a random advertisement in my social media feeds for MasterClass, an online subscriber-only learning platform, piqued my curiosity. It promised me Williams, along with fashionista Anna Wintour, filmmaker David Lynch and actress Helen Mirren, among others, all for $US180 ($232). 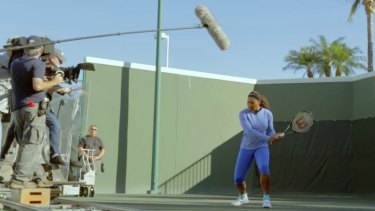 Lesson one … Serena Williams is filmed for her tennis Masterclass.

It seemed simultaneously expensive and cheap, on an annual basis roughly the same as its distant cousin Netflix. It’s the same technology – streaming video, viewable on my TV or other devices – but a different program mix: in this case, “master classes” with field-leading artisans, running for more than 200 minutes but broken up into 10-15 minute-long lessons.

This was, I declared, the year I would learn how to play tennis properly. And cook. Act. Do magic. And run a fashion magazine empire. No small ask from a small corner of Los Angeles where the COVID infection rates, even now, resemble the humidity level in a tropical island weather report.

Most striking to me was the breadth of the material available: arts, music, writing, design and style, sport, wellness, community, government and business. And the calibre of my teachers: Jodie Foster and Martin Scorsese (filmmaking), former Disney boss Bob Iger (leadership), Penn & Teller (magic), Natalie Portman (acting), Annie Leibovitz (photography) and many more.

Which brings me back to my living room – temporarily christened “centre court” – and 23-time Grand Slam singles winner Serena Williams, who is about to teach me how to become a tennis champion. 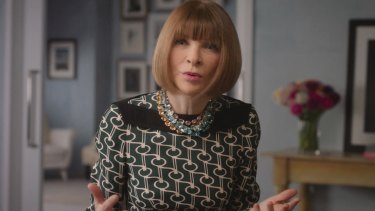 “Being great at anything, you have to really be committed to do it, and you have to be willing to put the work into doing it,” Williams tells me. Can’t disagree with that, I say back to the TV. “You’re just not going to wake up one day and be the best in the world, that’s not going to happen.” Wait. I press pause. Isn’t that what I signed up for?

Just how a tennis lesson translates from an actual court to the living room is a legitimate question, and in a less COVID-conscious moment I might have taken my teacher, on a tablet, to the nearest tennis court. As a kid who grew up on The Brady Bunch, I know better than anyone the perils of playing ball in the house.

But what is revealed as I delve deeper into the layers of MasterClass – taking on Vogue editor-in-chief and Conde Nast artistic director Anna Wintour’s course in creativity and leadership and seven-Michelin-star chef Gordon Ramsay’s introduction to cooking in quick succession – is that you don’t need to be on the tennis court, or in the editorial meeting room at Vogue, or even your own kitchen.

Winning at tennis, as much as conquering the fashion world and learning how to cook properly, is as much a mental game as a physical game. Which means that while this is not a sofa-tethered activity, the richness of the experience comes mainly from stepping into the minds of these masters and listening. (Pro tip: print out the PDF course book and take notes.) 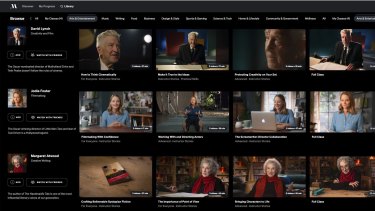 In the case of my emerging tennis game, rather than beginning with the basics – this is the court, this is where you stand, and so on – Williams thankfully makes some presumptions of understanding. We dive straight into ground strokes, controlling the court, advanced net play and building the mental game to win. It is not long before I am thinking of changing my name to Michaelatina Navratiladato.

Depending on how deeply you want to engage, the master classes serve either as deep-dive quasi-documentaries, or genuine classes where you might learn, for example, the difference between the eastern and continental forehand grip (and why Serena prefers the eastern: it brings the strings into more direct contact with ball), the difference between kick serves and slice serves, and how to rotate your wrist doing both.

Then we come to food and writing, where MasterClass seems to peak. Those fields are dense, with chefs such as Yotam Ottolenghi, Massimo Bottura, Wolfgang Puck and Ramsay teaching skill and cuisine-specific courses, and writers Roxane Gay, Salman Rushdie, Neil Gaiman, Dan Brown, Margaret Atwood, Shonda Rhimes, Aaron Sorkin and others teaching their craft.

Just what have I signed up for? 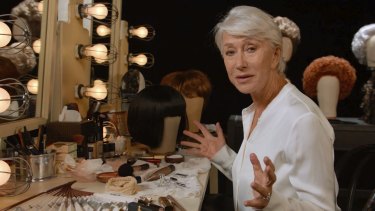 MasterClass was created in 2014 by David Rogier and Aaron Rasmussen but Rogier, who is the company’s CEO, said in an interview last year that it took a long time to find field-leading instructors willing to allow themselves to be filmed.

The first to sign on was author James Patterson who agreed off the back of an unsolicited email. Rogier said they made it appealing to Patterson by giving him “final cut” on the course videos, and using production crews he knew. “At that level it is never money, you have to appeal to all the other things,” Rogier said. 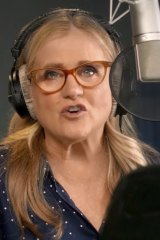 The courses are built out of both audience research which identifies what subscribers want, and a curriculum outlined by the teacher of the masterclass themselves. “We then merge those two worlds,” Rogier said.

That strategy has paid off. After initially charging for each course individually, the app now has an annual charge for unlimited access, much like its hip cousin, the meditation and wellness app Calm. As a result MasterClass is now worth, roughly, a quarter of a billion dollars.

In many ways, the key takeaway is not whether someone would sign on – I did, admittedly fuelled by the prospect of spending my weekends indoors for much of last year – but whether, having spent that much for one year’s access, they would return for a second bite.

The economics seem reasonable. I made the case to myself like this: I would have paid $180 to listen to Serena Williams speak for a couple of hours, let alone take me onto the court and into her match mindset. I’m never going to be a tennis champion, even with Serena as my teacher, but I came out of the course confident in my game, and perhaps even more confident in my life.

For others, it might be courses with ballerina Misty Copeland, US presidential historian Doris Kearns Goodwin, American political strategists David Axelrod and Karl Rove, or former hostage negotiator Chris Voss that seal the deal.

“One of the reasons I love teaching people negotiation is because I hate bullies,” Voss says, when I dip into his course. “Protecting people matters. The protect and serve part of law enforcement always meant something to me. The opportunity to get the bad guys has always meant a lot to me. And this gives people power in the face of a bully.”