STEPHEN GLOVER: Oh for a politician brave enough to say the NHS is broken – and no amount of money will put it together again

Another winter NHS crisis, but worse than ever because of the after-effects of the pandemic, and the rising numbers of people with flu and Covid being admitted to hospital.

The strikes by nurses and paramedics aren’t helping either. What a dreadful decision to withdraw one’s labour now. However strong their case may be, it isn’t morally defensible to go on strike at such a time.

According to the President of the Royal College of Emergency Medicine, Dr Adrian Boyle, as many as 500 people are dying each week because of delays in emergency NHS care. 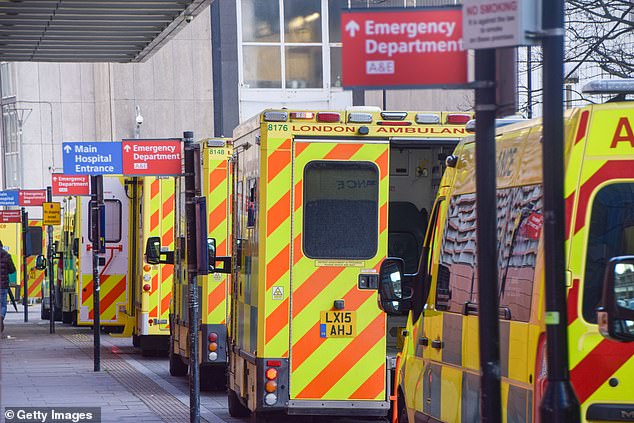 Horror stories abound. Patients are being treated in the back of ambulances or in corridors because of a shortage of beds. At the Great Western Hospital in Swindon, one unfortunate person was forced to wait 99 hours before a place could be found in a ward.

It’s shocking and disgraceful — what you’d expect of a third-world country, or worse. But it’s not new, of course. It is only the latest manifestation of the dysfunctional nature of what Boris Johnson calls our ‘cherished’ NHS.

What is to be done? Naturally there are calls for further dollops of money for the health service. I’ve no doubt Dr Boyle — who may possibly be over-egging things a bit with his figure of 500 deaths a week — would like some. So would virtually all NHS managers, doctors and nurses. Plus every Labour MP and many Tories.

But throwing yet more cash at the NHS (the Chancellor found a further £7 billion for it only six weeks ago) won’t solve the immediate crisis. In the short term it won’t free the beds occupied by those patients who are well enough to be discharged into social care — if only adequate provision existed, which it doesn’t.

More to the point, a barrowload of extra cash won’t transform the NHS in the longer term because of the organisation’s intrinsic wastefulness and inefficiencies, though of course it would make some difference.

Ploughing in huge amounts of money (if it were available, which it isn’t) would, in fact, represent the triumph of hope over experience. It would be tantamount to expecting a well-meaning shire horse to gallop to victory in the Grand National. 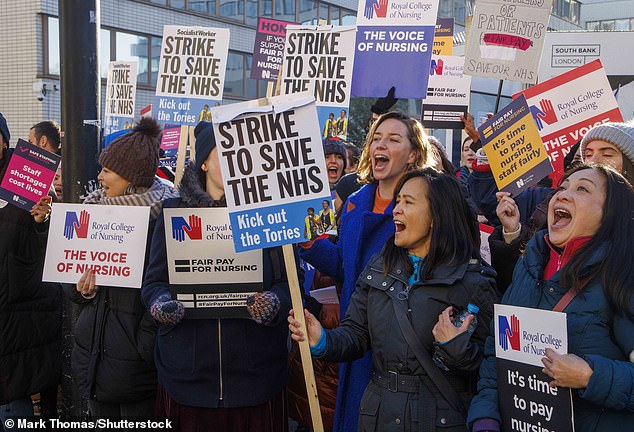 The strikes by nurses and paramedics aren’t helping either. What a dreadful decision to withdraw one’s labour now. However strong their case may be, it isn’t morally defensible to go on strike at such a time writes STEPHEN GLOVER

Various think tanks, pressure groups and vested interests constantly, but wrongly, claim that the UK spends much less than most European countries on its health care. It’s true that historically there has been a lag, but this country has caught up with most of its counterparts.

According to 2019 World Bank figures, Britain spends slightly less on health than France and Germany as a proportion of GDP, and appreciably more than Italy. Actually, the gap with France and Germany has probably narrowed, because since 2019 the Government has significantly raised expenditure on the NHS.

Another oft-repeated fallacy is that since 2010 the mean-minded Tories have deliberately starved the NHS of funds. Yet figures from the King’s Fund, a think tank often in the vanguard of those clamouring for higher spending, tell a different story.

In 2010, the year the Conservatives came to power, Department of Health and Social Care spending in England was £129.7 billion (at 2022 prices). In the current financial year, spending is budgeted at £180.2 billion. This means there has been a real-terms increase of nearly 40 per cent since the Tories took over.

The fact is that health spending has been going up quite fast, and continues to do so. The Left-leaning Resolution Foundation reckons that health and social care will devour a stupendous 40 per cent of day-to-day governmental spending by the end of this Parliament. In 2004 it was 28 per cent. 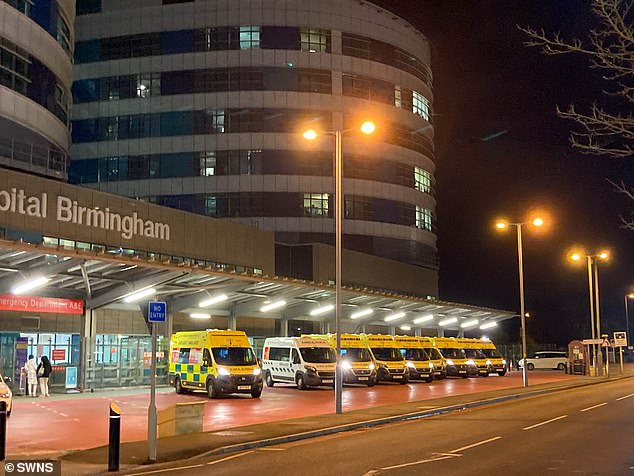 A line of ambulances parked up outside the Queen Elizabeth Hospital, Birmingham

And yet can those of us with reasonable memories honestly maintain that the NHS has improved in the last decade or so? Many of us would say the opposite. It takes much longer to see a GP than it used to. Waits at A&E have lengthened.

Some of the extra money has gone on keeping elderly people alive longer, while marvellous new drugs have become increasingly expensive. But a lot of money has disappeared into the maw of the NHS — for example, to fund tiers of unaccountable, overpaid managers or exorbitantly expensive locums (because the Government hasn’t thought to train enough doctors).

The mystery is that although health expenditure in the UK is around the EU average, and has been so for some time, health outcomes here are often worse — not only than in comparable countries but also than in much less wealthy ones.

A monumental 2018 survey by the Lancet medical journal of millions of patients ranked the UK behind most developed countries in the treatment of most cancers, and also behind many poorer countries. South Africa and Argentina, for example, have better survival rates for pancreatic cancer, Romania and Turkey for stomach cancer.

Meanwhile, in a recent report the Health Foundation reviewed separate data which suggest that 9 per cent of people in the UK who suffered the most common type of stroke died within 30 days in 2019, compared with only 6.2 per cent in Germany.

And then, of course, there are the thousands of needless deaths at NHS hospitals over the years, which appear to dwarf similar scandals in other European countries. 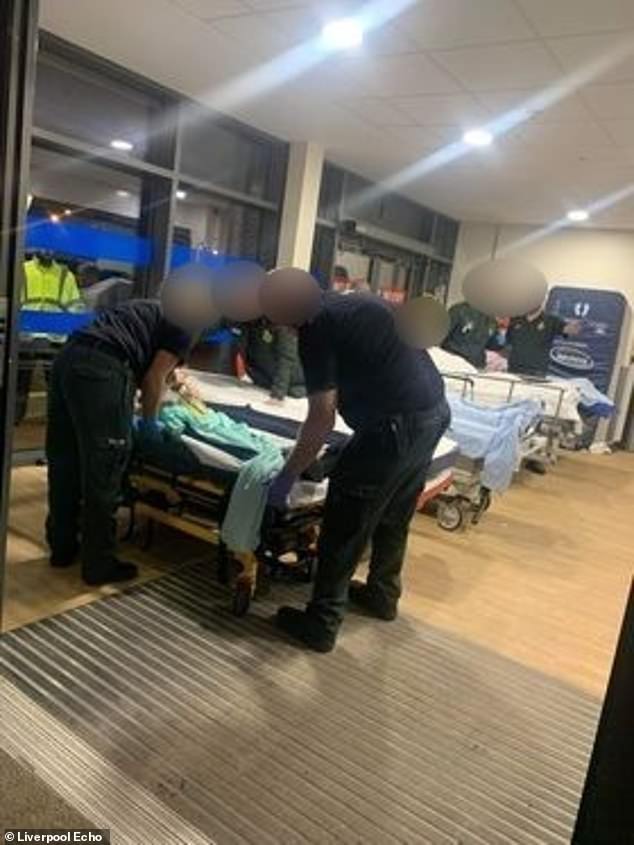 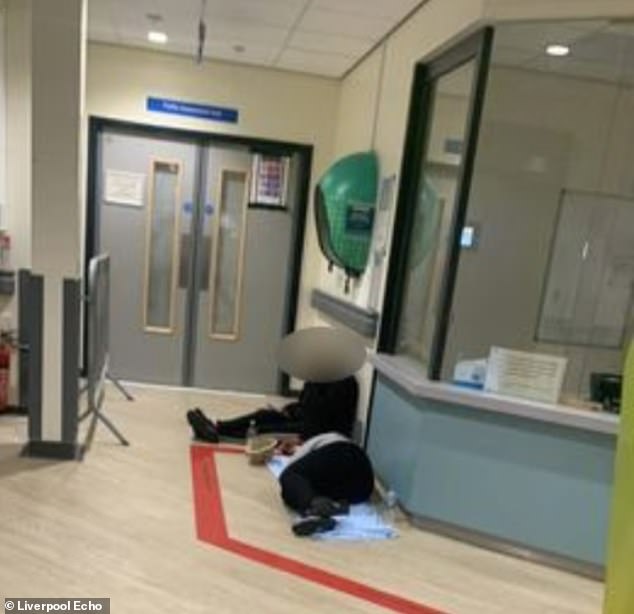 Those that have come to light include Shrewsbury and Telford (where more than 200 babies were allowed to die), Stafford Hospital (where 1,200 patients lost their lives unnecessarily), and Gosport (where over 450 were poisoned with opioids).

I don’t, of course, wish to deny that there are thousands of diligent and hard-working nurses and doctors who offer excellent, sometimes brilliant, care. Many of us have experienced it first-hand. But we also know about the botched operations, interminable waits, and dirty wards.

Surely any fair-minded person must concede that large parts of the NHS are not offering a good service, and that their deficiencies are not down solely (and sometimes not even at all) to a shortage of money.

There is something about the culture and structure of the NHS that is leading to a worse standard of care than we have a right to expect in view of the endless billions which are being poured into it.

The NHS was devised in another age with the noble aim of providing equal care for everyone. It has become, as Nigel Lawson famously said, our national religion. But this vast leviathan is out of control and no longer adequate to our needs.

It is parochial and narrow of us to cling to an antiquated and inefficient system when, just across the Channel, there are countries with effective health services based on personal and State insurance which offer better outcomes for everyone, including the poor.

What is needed is a Royal Commission. It should take a blank piece of paper, and preserve the good things about the NHS (there are many) while learning from the achievements of other countries.

Where is the politician brave enough to point out to the British people what even they may at last be beginning to suspect — that the National Health Service is broken, and no amount of money can ever put it properly together again?