Spoilers ahead for Brooklyn Nine-Nine Season 6, Episode 10. When it comes to tackling sensitive subjects like drinking, drugs, and sex, sitcoms have a tendency to cut the comedy and become preachy, as they lecture characters on serious social issues, whether it’s Jesse Spano’s caffeine pills on Saved By The Bell or Carlton and Will experiencing gun violence on the Fresh Prince Of Bel Air. But Brooklyn Nine-Nine‘s #MeToo episode, "He Said, She Said," is a standout example of how to broach a serious issue without losing the humor fans have come to love about the series. The weighty task of striking this balance fell to star Stephanie Beatriz, who, after playing Rosa Diaz for six seasons, directed for the first time on the show.

The episode follows an investment banker named Seth who’s accused of sexual misconduct by Carrie, a female coworker. Amy Santiago (Melissa Fumero) and Jake Peralta (Andy Samberg) are assigned to investigate the woman’s claim, and later, Amy tells Jake that she was once propositioned by a boss who promoted her, then asked for sex.

When I speak with Beatriz just days before Brooklyn Nine-Nine was renewed for Season 7, she’s still nervous about how her directing debut will be received. "I am hopeful that when people see it, they feel like it’s the world of Brooklyn Nine-Nine that we’ve created and we’ve been creating for quite a few seasons now," she says. "I think the thing that I wanted to do really badly was in these scenes that…dig a little deeper into personal relationships between people, I wanted there to be an amount of honesty that I know my co-stars are really capable of." 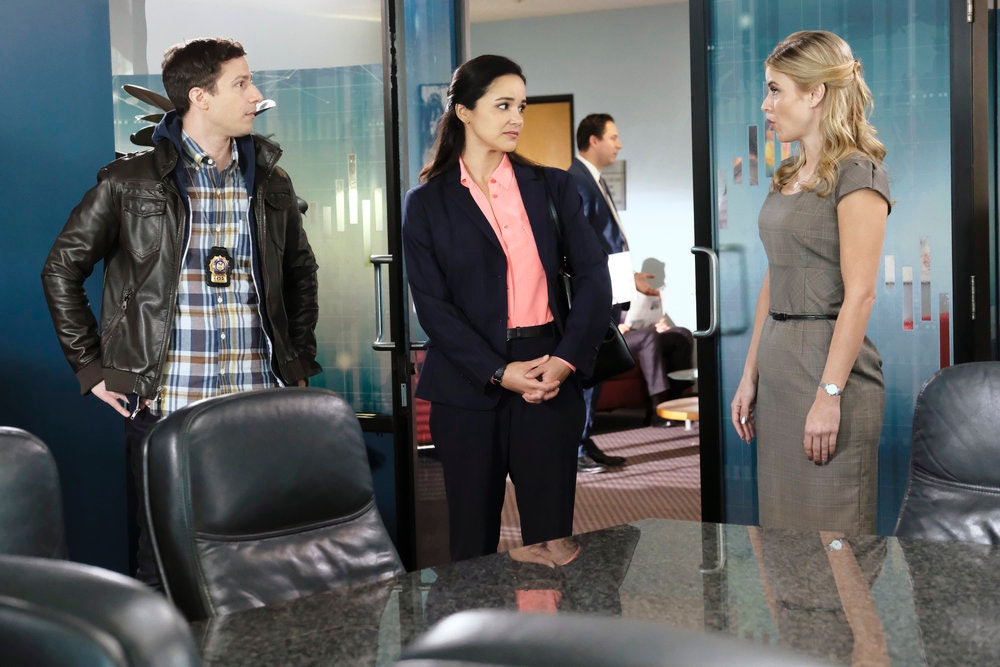 What she loves about the episode, Beatriz says, is that Jake and Amy now create a "united front," adding that victims shouldn’t feel obligated to share their experiences if they don’t want to. "But [Amy] chooses the moment to let her life partner in on something," the actor explains. "And really all these discussions over the course of the episode, I think, make Jake kind of sit up and take notice that he’s not doing enough in the world to make it a better, safer place for everyone."

Beatriz describes the #MeToo movement as a "sea change" that swept the country when it gained momentum in late 2017. "Suddenly, we were all talking about this thing that happens to many human beings, but disproportionately women, which is sexual assault and sexual predation," she says passionately. "We make up such a ginormous chunk of the human beings that are in the world, and so many people had stories about how they had been treated and how their sexuality had almost been used as a weapon against them, in cases," Beatriz adds. 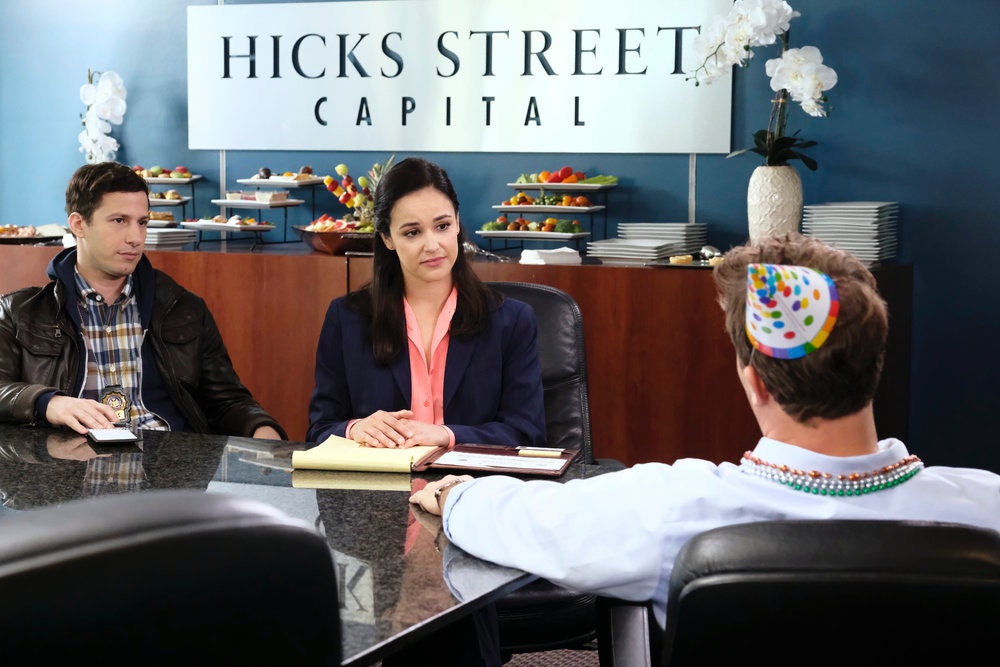 In this case, life sadly imitates art. It’s sobering yet realistic that there would be sexual predators in both police precincts and investment firms. "I mean, let’s be real," Beatriz says. "It’s difficult to be a woman all over the place…. No group in this world right now is like, really winning and killing it."

Beatriz credits both co-creator Dan Goor and the episode’s writer, Lang Fisher, with helping her handle this serious topic so deftly. The episode’s B-plot, which she describes as a "ridiculous, almost cartoonish storyline," involves Captain Holt tracking down his longtime nemesis, the Disco Strangler. This absurd premise helps balance out the episode’s otherwise serious subject matter. "It’s got this really great balance of Brooklyn Nine-Nine-flavored zany, and then also Brooklyn Nine-Nine-flavored social issue," the director says of the episode. 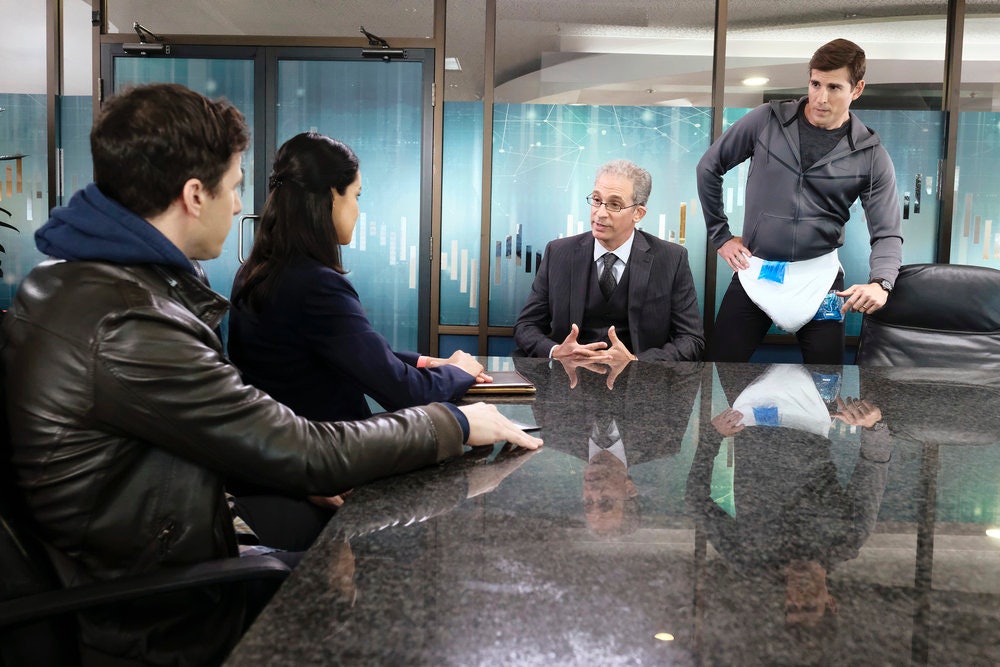 As Beatriz points out, this kind of expert storytelling is something the comedy series often does well. "It isn’t heavy handed, and it’s not a ‘very special episode,’" she says, referring to old sitcoms that would give preachy life lessons. "I think the only way that we succeed in talking about a social issue is looking at it through the lens of this world that we’ve created on Brooklyn that is — at the core of it — it really does believe in justice," she says proudly. "These cops, these detectives believe in justice, and they believe that everyone in the world should be equal. You can kind of see it in the way that we talk to each other, and in the way we treat each other on the show. It’s very subtle, but it’s always there."

It’s a delicate needle to thread, but Beatriz and the Brooklyn Nine-Nine crew managed it an organic and thoughtful way.