TV’s Steph and Dom Parker, 53 and 56, draw on their 23 years of marriage to solve your relationship problems . . .

He’s always had quite forceful opinions. He’s interested in the news, always has the radio on and watches programmes about politics and the war on TV; I just tend to read my book.

Previously, if he got upset about something, I just agreed and he’d move on. Now he is convinced Covid is all some big conspiracy and keeps ranting on about it. 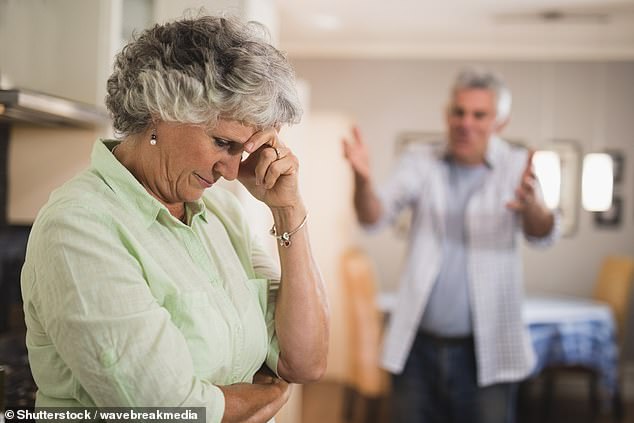 He goes out without a face mask and isn’t at all careful. Our children have tried to argue with him. Now he’s saying he won’t have the vaccine when it comes and is so angry with me if I disagree with him.

I’m terrified by the virus and am so relieved there might be an end in sight. How can I convince him he’s wrong?

STEPH SAYS: Congratulations on being married for such a long time. Often longevity is overlooked and couples are not given enough respect for the work put in to maintain that union.

The dynamic that has worked for the two of you is clear: your husband enjoys having a strong opinion and you’ve managed his strong words by nodding politely and letting him rant away.

I don’t view your actions as weak. You are his sounding-board, not a political rival whose job is to challenge him.

After all, nobody knows him better than you. He doesn’t want to have a discussion, he wants to sound off, and you love him, so you let him.

Given that, it’s incredibly hard to suddenly turn round and start challenging him. He may misunderstand your behaviour after nigh on 50 years of marriage. But challenge him you must, because this is important.

For almost half a century, you have been his rant pillow and that has worked for you both, but you are now being emotionally affected by keeping your equally strong opinion to yourself. 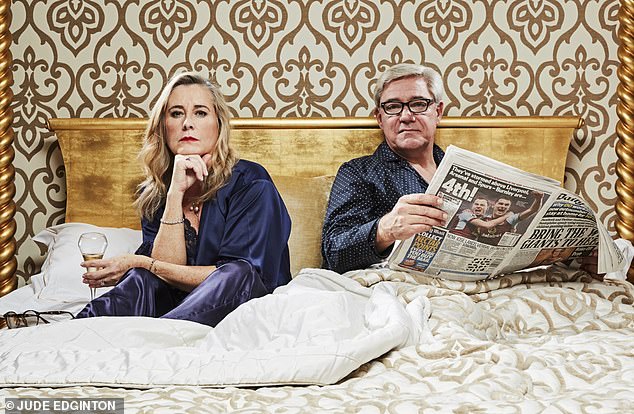 Steph (pictured, with Dom) advised the reader to sit down and talk to her husband, armed with up-to-date information about the pandemic

He needs to be respectful of your opinion enough to listen to it. You are your own person with your own thoughts and fears. It is arrogant of him to ignore them, regardless of what he might believe himself.

So, armed with up-to-date information about the pandemic, sit down and talk to him.

Ask him to show you the respect of listening to you before offering his thoughts.

Acknowledge you wouldn’t normally intrude into the bubble of things he gets cross about, but tell him that you must do so now, because he is your husband, he is your best friend and he is ignoring your deepening fears.

Tell him it doesn’t matter if he disagrees with you, what matters is that he is disregarding your feelings, which hurts.

Take care to stick to the subject at hand — don’t get into his conspiracy theories. Tell him the fact you have different opinions is important but not on the table for discussion.

What is, is the fact you’re terrified his cavalier attitude may put him in danger — and that he may give coronavirus to you and your loved ones, too. Ask him to follow the rules to keep you all safe, even if he believes the only thing he’s keeping you safe from is anxiety and fear.

Let’s face it, he loves you and should want to protect you.

This pandemic is a threat to us all and we all have a role to play in the fight against it. We are at war, so please ask him to armour up.

DOM SAYS: You are, indeed, in a very tricky situation. One little crumb of consolation, I hope, is that you’re not entirely alone.

Conspiracy theories are dangerously rife at the moment and there are many people, like you, looking on baffled and afraid as someone they love disappears down the rabbit hole. 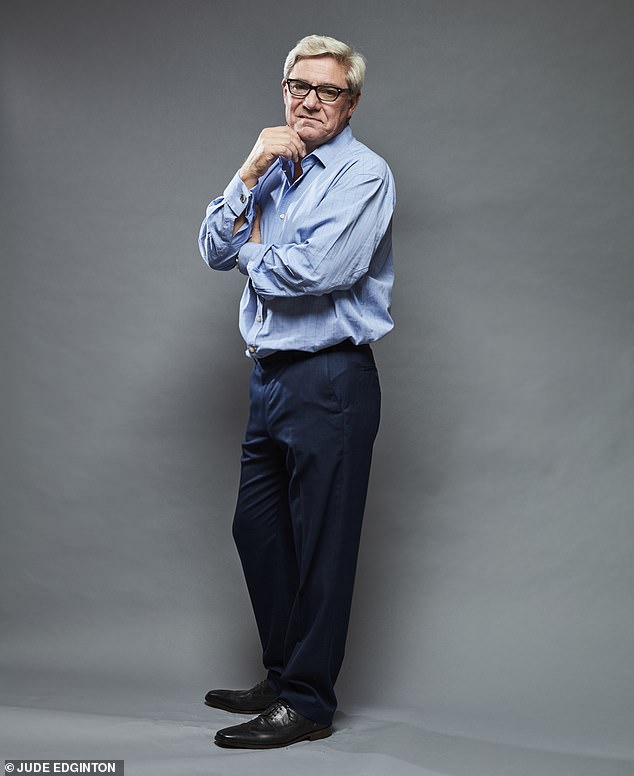 I’m not a fan of conspiracy theories, but I do understand that they can be seductive. They hook people in with what appears to be a certain amount of merit, which then fizzles out on further investigation.

The problem is that once an individual has convinced themselves they’ve discovered a conspiracy (not a conspiracy theory), there’s very little you can do to convince them otherwise — apart from find your own proof.

And that’s what I think you should do.

His behaviour is beyond irresponsible, but you already know that. And I feel very sorry for you. You are clearly worried.

What you shouldn’t feel is embarrassed or guilty — it is your husband who is behaving badly, not you. I’m sure the families of the 50,000 people this country has lost to the virus would have a thing or two to say to him. Quite frankly, his flouting of the rules is disgraceful.

You might want to point out that he’s going to look pretty silly if he does catch it, let alone give it to someone else.

But you’re going to get nowhere fast if you argue with him. What I think you should do, rather than criticise his behaviour, is to demolish his beliefs.

You say that normally you agree with him and he then moves on. Well, the time has come to put in the effort and find counter points to his arguments. You might have enjoyed the quiet life, but it’s worth it to make your point heard now.

So, do your research and put your side of the argument.

You know what he thinks, he’s made it abundantly clear, and now it’s time he heard your thoughts on the topic.

If he won’t be swayed, then at least you will have tried.

I hope it doesn’t come to it but, if he doesn’t come round to your point of view, you must tell him that his mask-free stance is deeply selfish and simply bad manners. He may not be taking it seriously, but others — including yourself — are going to great lengths to keep safe.

He has a duty of care as a husband to you, and, as a British citizen, to everybody else. He should shut up, mask up and have some respect for the cares and worries of other people.

If you have a question you’d like Steph and  Dom to tackle, write to: [email protected]dailymail.co.uk