Landmark television is a sometimes over-used expression, born perhaps in the infancy of the small screen when projects like Roots seemed to redefine the medium. Other shows like the Norman Lear social comedies, The Wire and perhaps The Handmaid’s Tale spring to mind.

But truly medium-altering television has to more than simply be a hit. The Sopranos and Six Feet Under were extraordinary but somehow earthly. Landmark television must have an element of the unearthly, something that is properly transformative. 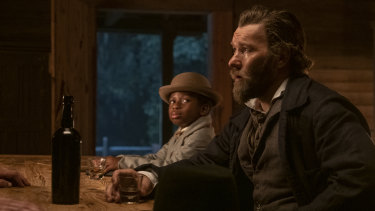 Chase Dillon as Homer and Joel Edgerton as Ridgeway in The Underground Railroad.Credit:Amazon Prime Video

The series follows Cora’s journey through South and North Carolina, Tennessee and Indiana. Some stops verge on the purely fantastical, but others push the series into its most horrifying moments. North Carolina in particular becomes a sort of dystopia, equal parts The Handmaid’s Tale and A Quiet Place, setting the stage for one of the series best performances, from actor Damon Herriman, as station agent Martin.

This episode in particular is a standout, not just because Herriman’s starkly anxious portrayal of Martin will fray your nerves to breaking point, but because it is the first time the series, having started in brutal and violent reality and detoured through subcutaneous horror, swerves sharply into disturbing horror. Each lump-in-the-throat moment seems worse than the one before, confirming that Jenkins – as if you needed proof – does not pull his punches. 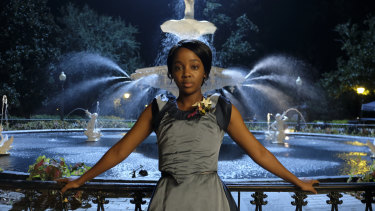 The Underground Railroad simply shimmers from start to finish. It is uneasy at times, and full of moments that will almost dare you to look away. The decision is ultimately the viewers – to watch, or to look away – but there is something to be said for steeling it out and bearing witness to the horror. 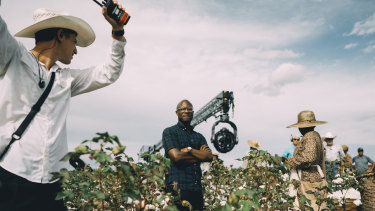 Barry Jenkins, centre, on the set of The Underground Railroad.Credit:Amazon Prime Video

But it is also breathtaking in purely artistic terms, from truly mesmerising performances to James Laxton’s incredible cinematography and, obviously, Jenkins’ artistic leadership. Landmark television shouldn’t be easy. The Underground Railroad soars because it tests its own narrative endurance in every frame.

The Underground Railroad is on Apple TV+.