Yes please to no mow! Spring gardens that were left to run wild are now putting on a show

Did you take part in this year’s No Mow May campaign? Launched by nature charity Plantlife, the idea was to leave lawns unmown until June. Supported by other conservation groups, it was a massive success.

Instead of groomed grass, many lawns became little wildflower meadows. In our village, front lawns were peppered with daisies, buttercups, clover and even violets.

Pollen and nectar, crucial for sustaining wildlife, became significantly more plentiful. Wherever it grows, unmown grass becomes crowded with wildlife and provides food for nesting birds — many of which are falling in numbers.

Grass dwelling insects and other invertebrates also sustain hedgehogs, amphibians and other wildlife. But regardless of nature, those no-mow zones looked prettier than manicured lawns. Some still do, with or without an early summer cut.

My own 16-year-old wild meadow is currently tall, beautiful and teeming with life. And a little patch of grass I saved elsewhere for No Mow May gave a beautiful early show. 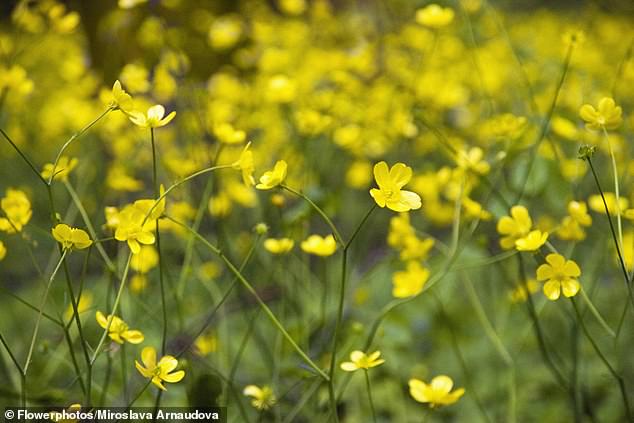 If you haven’t tried No Mow May, consider it next year. The resulting early flowers are a joy. But to keep the area as a decent lawn, mowing has to start soon after May. That’s fine for the lawn, but less so for wildlife.

So, for more than 15 years, I’ve tinkered with different flower meadow regimes. We cut our one fine lawn and grass pathways weekly. The main meadow is cut in stages from late July. We also have an established No Mow May area.

After three years, they’re maturing nicely. Summer’s first rough cut Meadow mood: Wildlife of all types will thrive if some of your garden remains uncut happens in late August, before the first colchicums emerge.

Those bloom for six to eight weeks, then a final cut leaves tidy grass for winter. By January, winter aconites and snowdrops make an early show. Crocuses follow, with wild daffodils and snake’s head fritillaries for spring.

Stitchwort, cranesbills, red campion and other tall wildflowers build a summer climax. They become undergrowth when the old roses and other shrubs give summer interest.

Wildlife loves our ex-double borders and so do I. They’re easy to maintain — though autumn’s first cut is hard work. But they wouldn’t do for small spaces. Choosing nature – friendly options for those is more challenging.

You could divide no-mow areas into sections, cutting some in June but leaving the rest until August. The late cut ‘hay’ can be awkward to dispose of, but the lawn will develop a richer flora.