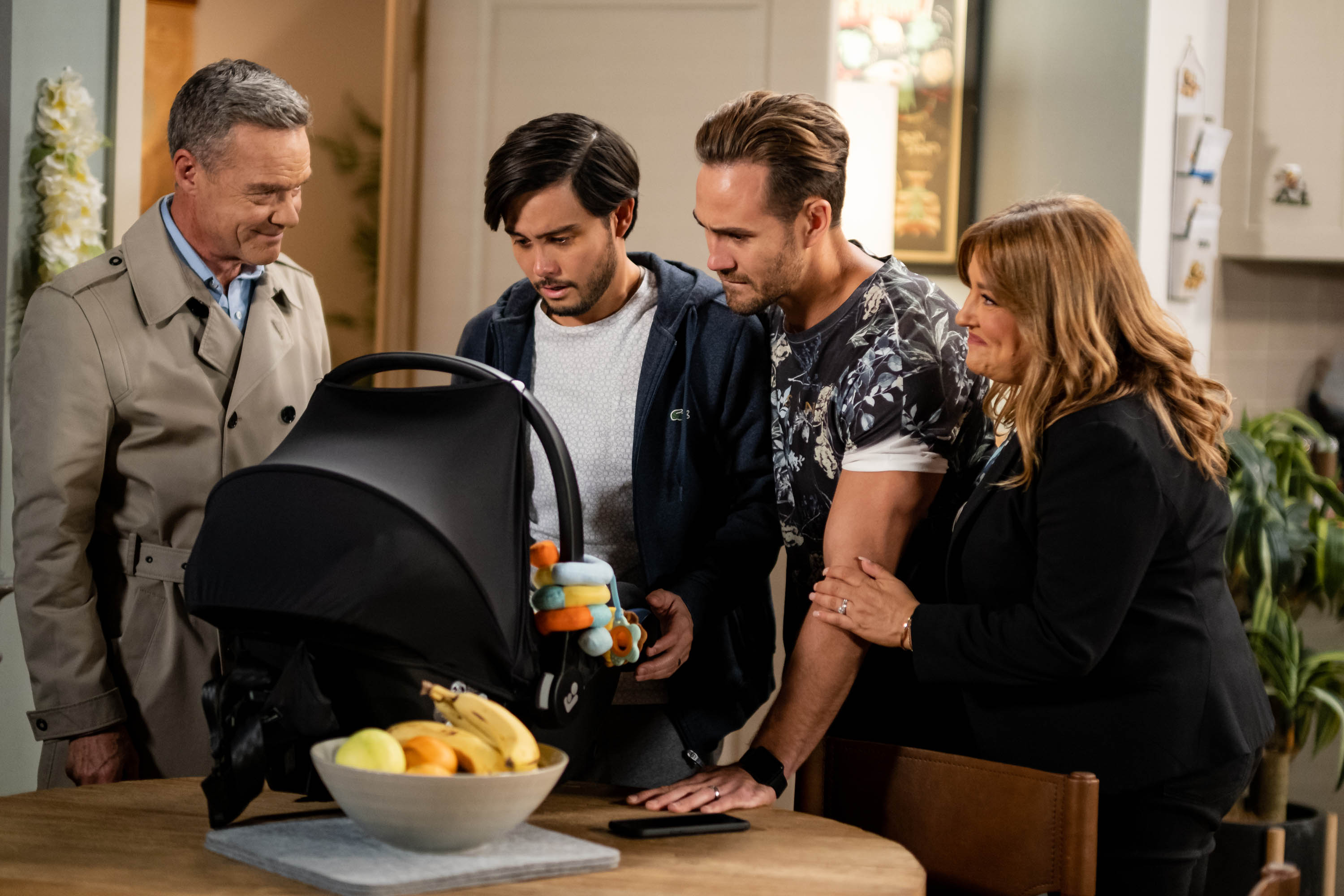 Nicolette’s (Charlotte Chimes) departure has all but broken Aaron (Matt Wilson) and David (Takaya Honda), so Paul Robinson (Stefan Dennis) determines to fix his family, no matter the cost in Neighbours.

After travelling to Canberra to track down Nic, he struck gold thanks to a tip off. But when he found her he was in for a shock – she had already given birth. He confronted her and hit her with a hugely tempting deal to hand over the baby, and with an offer too good to refuse, Nic accepted and gave him the baby to take home.

But it’s not her baby.

Paul later returns to Ramsay Street, proud of himself for reuniting the family. He hands over baby Isla happy to have saved the day, but all are completely oblivious to the fact that baby Isla isn’t in fact baby Isla. After making the exchange, Nic returns to her hotel room where the real baby Isla is waiting for her.

Who is this imposter kid? How did Nic magic up another baby? And will the new dad’s find out?

Right now, Aaron and David are too blissfully happy to notice anything is amiss. But could Jane foil Paul’s plot?

When Jane (Annie Jones) gets back from her trip to Queensland, she’s gobsmacked to meet her granddaughter and to learn Nicolette didn’t return with her. She’s desperately fearful for her daughter as this is seriously worrying behaviour and no one seems to be in the slightest bit concerned. Jane turns to Paul for comfort, unaware he is the reason Nicolette hasn’t returned. Paul gives her a shoulder to cry on, but he has an ulterior motive – he’s keeping her close to stop her from searching for Nicolette.

When he later hears Jane has hired her own PI he goes into panic mode and comes up with a plan to derail the search – by employing his good old friend Bribery. The PI then wrongly tells Jane that Nicolette is in the US and Jane is all ready to just hop on a plane, though Paul manages to dissuade her.

But feeling the loss of her daughter, Jane isn’t about to let this go. She can’t fathom why Nicolette wouldn’t return with Isla. Can Paul convince her otherwise before she discovers the dark truth?