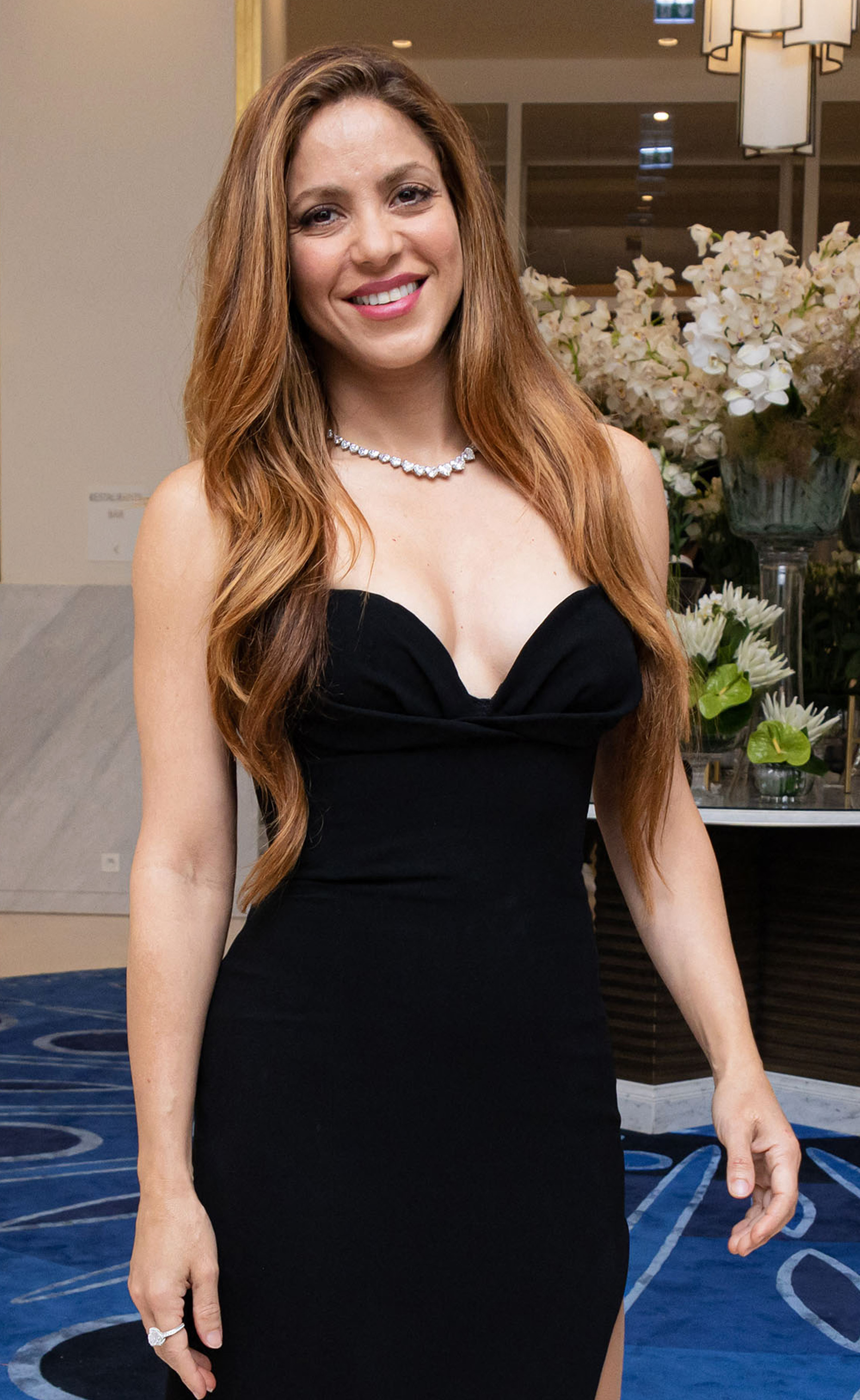 Channeling her emotions into art. Shakira seemingly addresses her split from Gerard Piqué in her new song “Monontonia.”

Shakira and Gerard Pique’s Relationship Timeline: The Way They Were

“It was not your fault or mine either / It was the fault of the monotony,” the “Hips Don’t Lie” singer, 45, sang in Spanish in a Saturday, October 15, Instagram video, sharing some lyrics ahead of the track’s Wednesday, October 19, release.

The Colombia native previously posted hints about the song’s subject matter via Instagram earlier this month, including a clip of her walking through a grocery store eating junk food and a video of a man’s shoe stepping on a bloody heart. Shakira captioned the latter post, “I never said anything, but it hurt. I knew this would happen.”

In June, the “She Wolf” musician and Piqué, 35, announced that they were going their separate ways after 12 years together. “We regret to confirm that we are separating. For the wellbeing of our children, who are our highest priority, we ask that you respect their privacy,” the duo said in a joint statement to Reuters at the time. Earlier that month, the musician and the athlete — who share sons Milan, 9, and Sasha, 7 — made headlines after reports surfaced that Shakira caught Piqué having an affair. They did not address the claims.

Shakira opened up about the split during a September conversation with Elle. “I’ve remained quiet and just tried to process it all. It’s hard to talk about it, especially because I’m still going through it, and because I’m in the public eye and because our separation is not like a regular separation. And so, it’s been tough not only for me, but also for my kids,” she shared.

The bilingual singer continued: “And all of this while my dad has been in the ICU and I’ve been fighting on different fronts. Like I said, this is probably the darkest hour of my life. But then I think about all those women around the world who are going through hardship, who are going through a situation as bad as mine or as difficult as mine or worse.”

The Grammy Award winner described making music as a “life raft” amid struggles in her personal life. “In my case, I think that writing music is like going to the shrink, only cheaper. It just helps me process my emotions and make sense of them,” she said. “There have been days when I had to pick up the pieces of me from the floor. And the only way to do that, to actually do that, has been through music.”

Shakira is currently working on her first album since 2017. “I thought the album was finished. But every time I go into the studio to retouch a verse or to mix a song that is almost ready to be released, I end up with new music because right now I feel creative,” she wrote via Instagram in September.

Celebrity Splits of 2022: Stars Who Broke Up This Year

The “Whenever, Wherever” singer remains involved in a battle with Spanish authorities over the allegation that she failed to pay nearly $14 million in taxes between 2012 and 2014. She has repeatedly denied the claims. The “Beautiful Artist” liar faces six counts of tax fraud. A trial date has not yet been set.