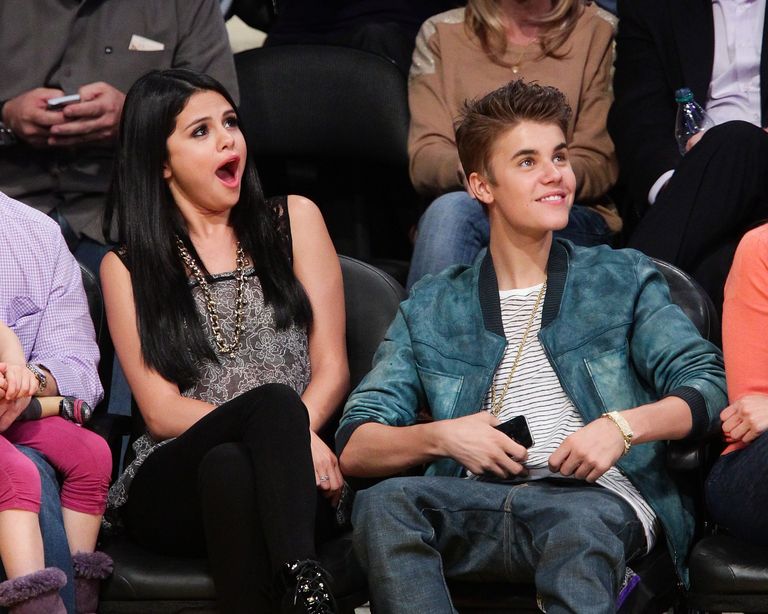 Selena Gomez was reportedly just as shocked as the rest of the world when her ex boyfriend Justin Bieber proposed to Hailey Baldwin this past weekend.

“Selena was surprised an engagement happened this quickly but not surprised Justin would do something like this knowing who he is. At the end of the day though she doesn’t really care,” a source told E! News. “Selena is totally over him. She had tried again to make it work that last time and it didn’t work out.”

So yeah, even though she was a little taken aback, she’s totally fine. In fact, she was spotted out with friends immediately after the news broke, on a yacht, seemingly without a care in the world.

Who could honestly be this serene after their ex boyfriend proposed to his girlfriend of a literal month? It’s impressive! Apparently, she’s not just over him, but feels their lives are going in totally different directions.

“Selena is definitely on a different path right now and in a much better place since Justin is out of the picture. Mentally, she is done with him,” the source said. “She isn’t focused on dating as much as she’s just really focusing on herself. She’s happy right now just spending time with her girlfriends and going to church.”

She’s working on some new projects and focusing on that, and a source told People she and Justin haven’t actually spoken in months. Since they ended things, she doesn’t really talk about him.

Plus, her mom was reportedly happy they broke up, so that’s what really counts, right?