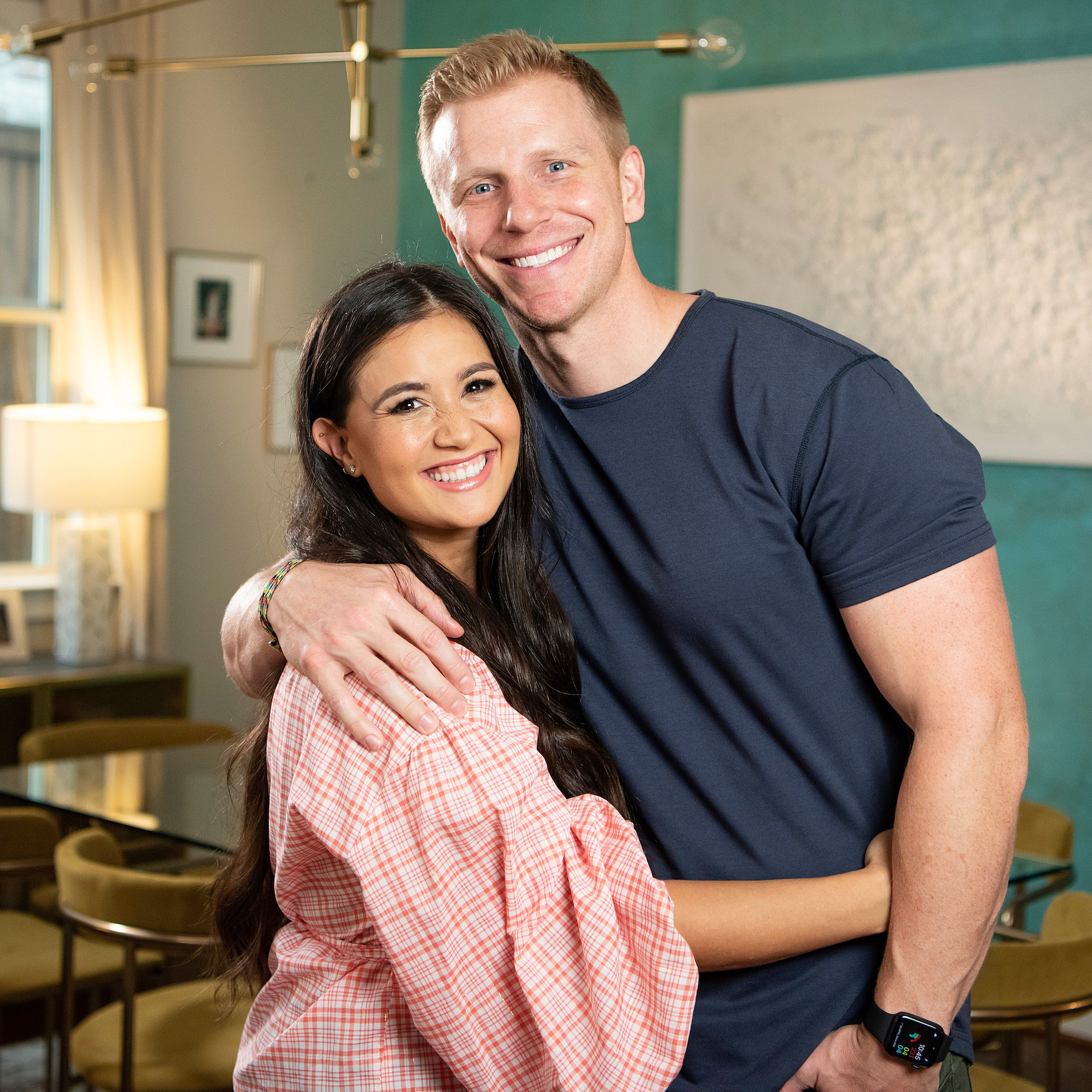 Giving a new meaning to “dad bod.” Sean Lowe found an innovative way to incorporate his and Catherine Giudici‘s children into his home workouts.

“Took 5 years but I finally found a good use for these things,” the former Bachelor, 38, joked in a recent Instagram post. “See y’all on the beach!”

In the accompanying video, a robotic voice narrated: “Short on time and long on dead weight? Try my at-home workout.” The Texas native then used his little ones as weights in exercises including bench presses, squats and curls. At one point, he put one child on each leg for a round of “leg extensions,” with the kids erupting into laughter all the while.

Lowe and his wife, 35, share sons Samuel, 5, and Isaiah, 3, and daughter Mia, 2. The duo, who tied the knot in January 2014, met during season 17 of The Bachelor, which aired in 2013. After the former football player proposed to Giudici during the finale, their wedding aired live on ABC.

These ‘Bachelor’ and ‘Bachelorette’ Babies Will Melt Your Heart

While Lowe’s family workout plan might not result in too many gains, the couple have found weight loss success using Nutrisystem. Last year, the graphic designer exclusively told Us Weekly that she had an “exponentially harder” time shedding pregnancy weight after giving birth to Mia in December 2019.

“I lost actually now 25 pounds with Nutrisystem, and I love the partner plan,” she told Us in December 2021. “Not only because I get to do it with Sean, but it’s a sustainable plan and we get to eat delicious meals.”

The couple’s Bachelor days are behind them, but that doesn’t mean they don’t still reference their time on the show. In a TikTok video shared on March 4, Giudici revealed a note that her husband left in a cabinet for her before he went out of town.

“When I get back, wanna join me in the Fantasy Suite? And by Fantasy Suite I mean watch Downton Abbey and go to bed by 9:00?” read the note, which also included a photo of Lowe on his Bachelor season.

“I don’t like when my husband leaves for a trip. But I do like what he leaves for me to find while he’s gone,” the Washington native added in text over the video. “Ps. THAT’S where all the printer ink went?!”

In another cabinet, Lowe left a note reading, “Looking for me? Or the T.P.? Either way, I’m glad to see you.” The message also included another headshot from the Bachelorette alum’s reality TV days. “Even when he’s not physically here, he still makes me giggle and shake my head,” Giudici captioned the video.