The “Keeping Up with the Kardashians” star shared a couple of pics of himself and the daughter of Lisa Rinna and Harry Hamlin enjoying an elaborate meal together.

While it’s not quite a confirmation confirmation, Scott Disick has taken his relationship with Amelia Gray Hamlin at least one step closer to officially official with a pair of photos shared to his Instagram Stories Saturday night.

On the eve of Valentine’s Day, the 37-year-old star of “Keeping Up with the Kardashians” star apparently enjoyed a casually elaborate meal with the 19-year-old daughter of Lisa Rinna and Harry Hamlin. 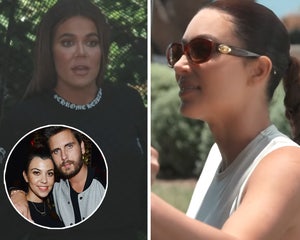 Look Away Travis Barker! Kim Sees Kourtney and Scott Asleep 'Together' on the Couch in KUWTK Preview

In other words, this is almost like reality royalty coming together, with both of them sharing close ties two of the biggest reality television franchises in the history of the format. So why so serious?

That’s actually what Scott captioned the first image, which showed the two of them looking rather stern and away from the camera. They posed it up a little better for the second shot, which saw both laughing.

Scott was also sporting his somewhat controversial — or at least poorly received in some fan circles — bleached blonde look first seen when he and Amelia arrived in Florida for a little alone time. 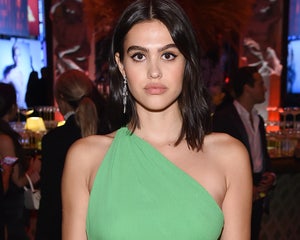 Why Amelia Hamlin Had Breast Reduction Surgery at Age 16

The couple (or are they?) were first seen together last Halloween and have certainly been chummy since that time. E! News was all over their trip to Miami, with lots of pictures of the two of them lying on the beach, walking on the beach, dare we say it, holding hands on the beach!

Okay, Scott was also holding a water bottle in that particular photo, but perhaps he has feelings for both? There was no water bottle when he had his arm around her in another pic.

Regardless of where things stand between them romantically, it’s clear that they were at the least enjoying this time together as close friends … very close friends.

While we’ve no idea what the future holds for either of them, with “KUWTK” wrapping up its run on E! after this next season, perhaps the two could eye a “Real Housewives” franchise … or a whole new show when the Kardashians pick up their toys and go play at Hulu.

Got a story or tip for us? Email TooFab editors at [email protected]