BARGAIN loving Sophie Lewins is no stranger to deal hunting but even she was stunned when she nabbed £42 worth of goods in Superdrug for just £4.10.

The stay-at-home mum, 22, only wanted to visit the health and beauty retailer to buy teething gel for her baby son. 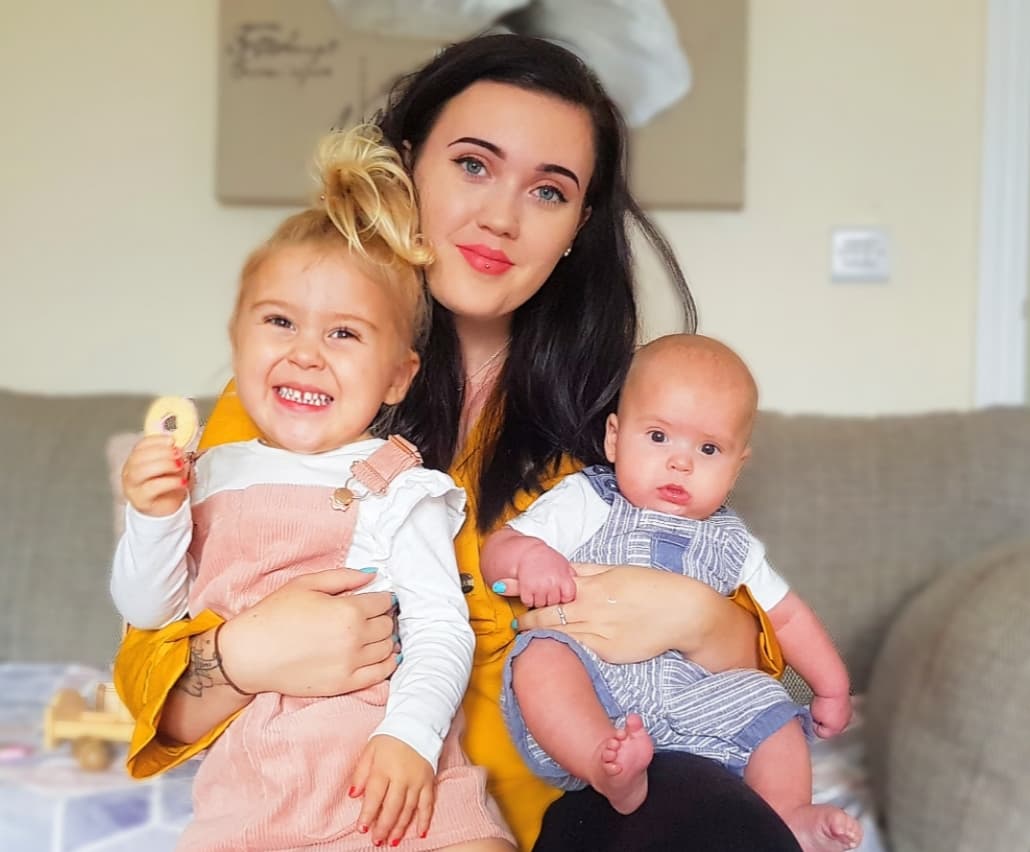 But she ended up walking away with incredible discounts worth almost £38 by checking the reduced shelf.

Sophie’s bargains include packs of Vick’s Vapo Drops reduced from £1.79 to 10p, something she was chuffed with as her chef partner Jordan Grimes, 24, suffers with bad sinus infections.

She also managed to find caramel crisp protein bars down from 99p to 5p, and shoe odour spray reduced from £7.99 to 70p.

Sophie, who lives in the seaside port town of Amble in Northumberland, was shopping with her children Isaac, four months, and Zara, two, when she spotted the bargains. 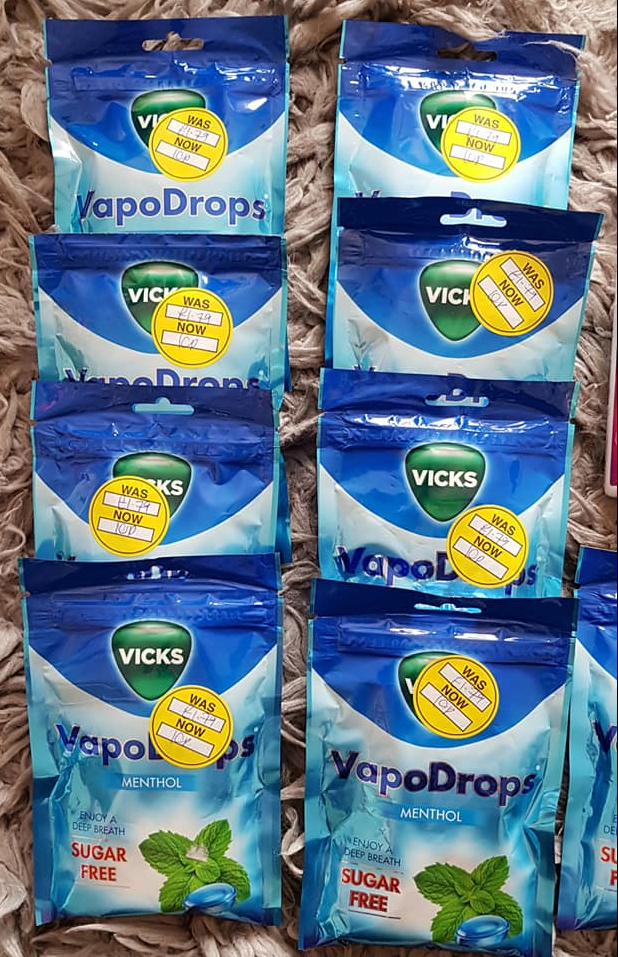 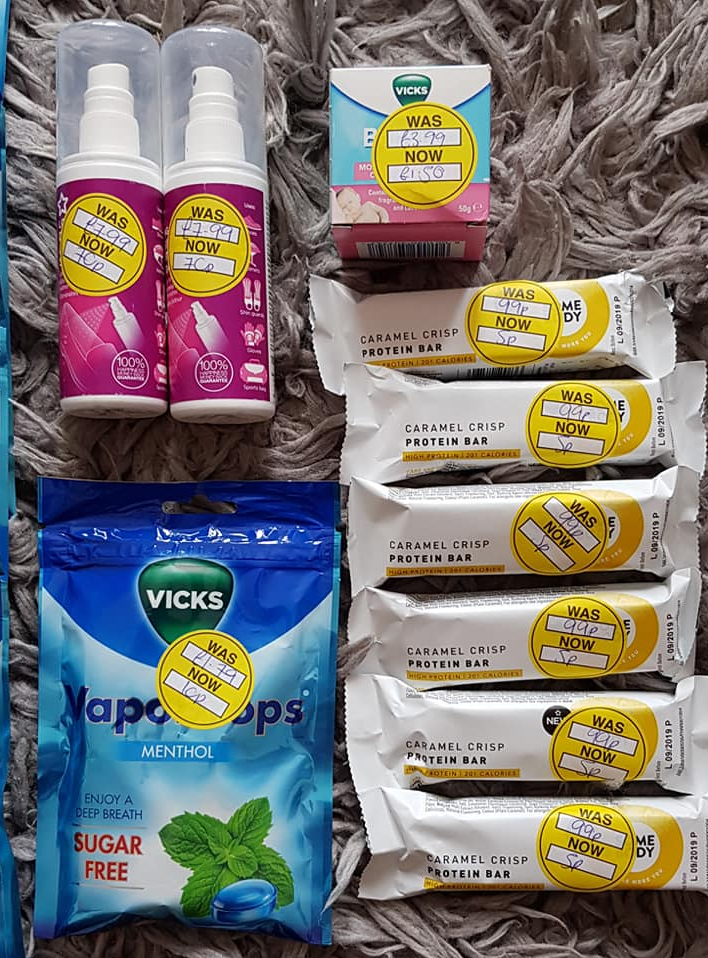 She told The Sun: “We went in looking for teething gel. That’s it.

“The kids were playing up a bit, then my daughter started looking at the shelf down below – that’s when I found the Vicks.

“My partner suffers from bad sinus infections so it really was a bargain.

“I just like to nip in and see if I can find anything reduced, even if I’m not looking for anything in particular.”

She then spotted the reduced protein bars near the till while she was in the queue to pay in the Morpeth store.

HERE'S how much Sophie spent and how much the shop should have cost her.

But she says her luck is often random so she tries to visit Superdrug at different times to maximise her bargain potential.

She said: “I just go in at random times – this time it was around 1pm but every time I go in there’s loads on the bargain shelf.

“I always seem to find bargains at random times.

“I once got my daughter some Johnson’s Baby conditioners which were reduced from £2.50 down to 60p.

For those hoping to follow in Sophie's footsteps, she recommends always checking the reduced section of each store.

She also suggests not always being put off by damaged goods, as sometimes the problem is only with the packaging.

Of a previous trip, Sophie said: "There was a large bottle of dry shampoo down from £4.99 to £1 just because the lid was missing.

"If you want a bargain then really just to take your time and look for yellow stickers."

Superdrug said reductions can vary from store to store, so there's no guarantee what you'll find.

A spokesperson told The Sun: "Our stores often feature products which are reduced to clear.

"However, this varies from store to store and isn’t part of a Sale promotion."

Today we revealed how mums are raving about an 85p Elbow Grease washing up liquid that’s great for getting stains out.

While Poundland shoppers are loving a £1 oven cleaner that they say is better than Oven Pride.

In Home Bargains, customers are raving about a 99p spider repellent spray to keep creepy crawlies away.