It is no secret pool floaties have tickled the fancies of beach bums and those who prefer the pool alike in the US, but this latest trending float takes a page out of Europe’s book. It’s safe to assume Instagrammers all over the world are just as entranced by the prospect of floating in a giant inflatable, pink corvette as those in the US. But, are those in this country ready for a float that pays tribute to a distinctly Deutsch doggo? This giant weiner dog pool float does just that.

I have to say I’m pretty impressed with Europe’s devotion to one of the smallest, and most comical of all dog breeds. Just last month I reported on a new museum that opened in Bavaria completely devoted to the breed called the Dackelmuseum. The museum boasts 4,500 items, all of which are from the curators’ personal collections. If its not already, perhaps this pool float deserve its own little place in the museum.

The float is the work of company Kool Pool, which also produces aquatic accessories like an avocado float, a massive floating water slide, as well as some, erm, more nontraditional floats. Kool Pool truly has something for everyone. 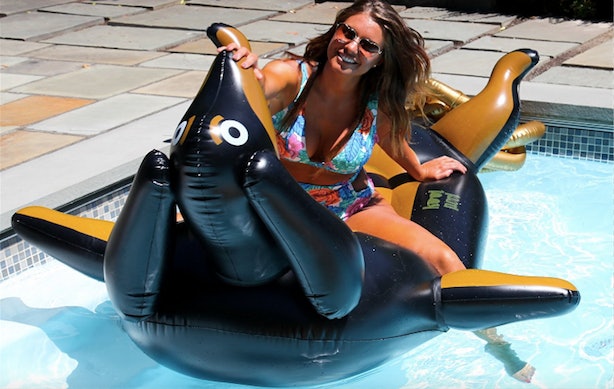 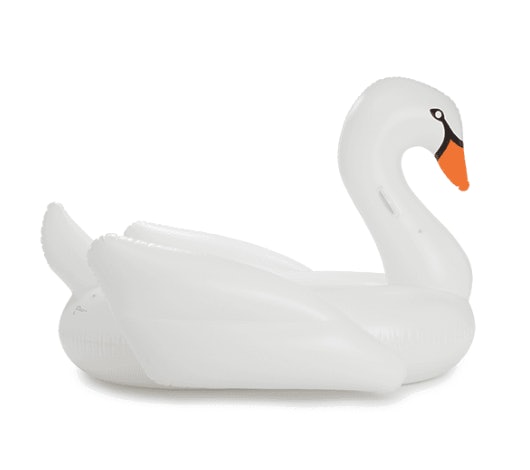 FUNBOY, the company behind the floatie that started it all, is also luxury float powerhouse responsible for the incomparable pink convertible pool float. It is the size of a queen-sized bed, has two cupholders, and an enormous front cooler for ice, drinks, and snacks. But, with a $128 price tag, the float embodies every part of luxury. The company also makes many of the floats you find at Urban Outfitters, namely the llama and yacht varieties.

Out of all the ones I have seen (trust me, I have seen a lot in these past few months) I can say with certainty my favorite is the aforementioned long pup, Link. Who needs unicorns when the best creatures on earth already exist? Some of them are even pocket-sized.

The Kool Pool Pup is available online from the company’s website.