Sarah Jessica Parker is responding to allegations that her And Just Like That costar Chris Noth sexually assaulted multiple women. She released a joint statement with costars Kristin Davis and Cynthia Nixon on Monday, December 20.

“We are deeply saddened to hear the allegations against Chris Noth,” a message shared to all three of the Sex and the City stars’ Instagram Stories reads. “We support the women who have come forward and shared their painful experiences. We know it much be a very difficult thing to do and we commend them for it.” 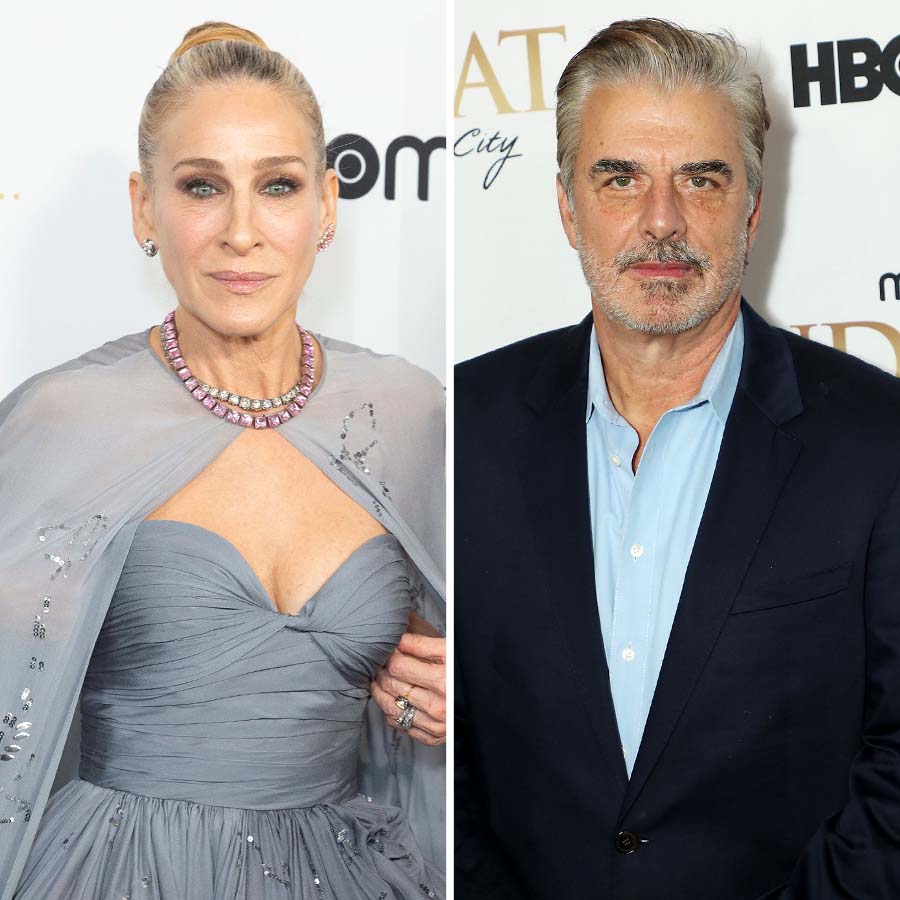 On Thursday, December 16, two women came forward and described alleged nonconsensual encounters with the actor, 67, to The Hollywood Reporter.

Zoe alleged that the Sex and the City alum “rape[d] her from behind” in 2004 when she was 22. She recalled the “painful” experience to the outlet, saying, “I realized there was blood on my shirt. I got out of there. I went to my friend’s apartment [in the same West Hollywood apartment building]. I had stitches. Two police officers came. I wouldn’t say who it was.”

The other woman, Lily, claimed that she was “totally violated” by the Wisconsin native in 2015 in Noth’s apartment.

“He said marriage is a sham. Monogamy is not real,” Lily explained. “[He] was having sex with me from the back in a chair. We were in front of a mirror. I was kind of crying as it happened. … I went to the bathroom and put on my skirt. I was feeling awful. … All of my dreams with this star I loved for years were gone.”

The Equalizer star, who has been married to wife Tara Wilson since 2012, denied the claims in a statement to Us Weekly, saying, “The accusations against me made by individuals I met years, even decades, ago are categorically false. These stories could’ve been from 30 years ago or 30 days ago — no always means no — that is a line I did not cross. The encounters were consensual. It’s difficult not to question the timing of these stories coming out. I don’t know for certain why they are surfacing now, but I do know this: I did not assault these women.”

Earlier this month, Noth joined Parker, 56, and more of his former Sex and the City costars in HBO Max’s revival, And Just Like That. The Golden Globe nominee, who plays Mr. Big, died in the first episode after riding his Peloton bike and having a heart attack.

‘And Just Like That’: Everything We Know About the ‘Sex and the City’ Revival

The stationary bike company reacted to the December 9 episode that same day. “I’m sure SATC fans, like me, are saddened by the news that Mr. Big dies of a heart attack. Mr. Big lived what many would call an extravagant lifestyle — including cocktails, cigars, and big steaks — and was at serious risk as he had a previous cardiac event in Season 6,” Peloton told Us in a statement. “These lifestyle choices and perhaps even his family history, which often is a significant factor, were the likely cause of his death. Riding his Peloton bike may have even helped delay his cardiac event.”

If you or someone you know have been sexually assaulted, contact the National Sexual Assault Hotline at 1-800-656-HOPE (4673).