‘I thought it was what getting a divorce felt like!’ Actress Sally Phillips, 52, says she didn’t recognise she was going through the menopause because it came at the same time as her marriage breakdown

Actress Sally Phillips revealed today she mistook her menopause symptoms for the effects of ‘going through a divorce.

Speaking on Good Morning Britain, the Bridget Jones actress, 52, said she only realised what was going on when she Googled the symptoms.

The mother-of-three split from husband Andrew Bermejo in 2017, following 14 years of marriage.

She has previously spoken of how a divide opened up following the birth of their eldest son, Olly, 17, who has Down’s syndrome. They also share sons Luke, 13, and Tom, 10. 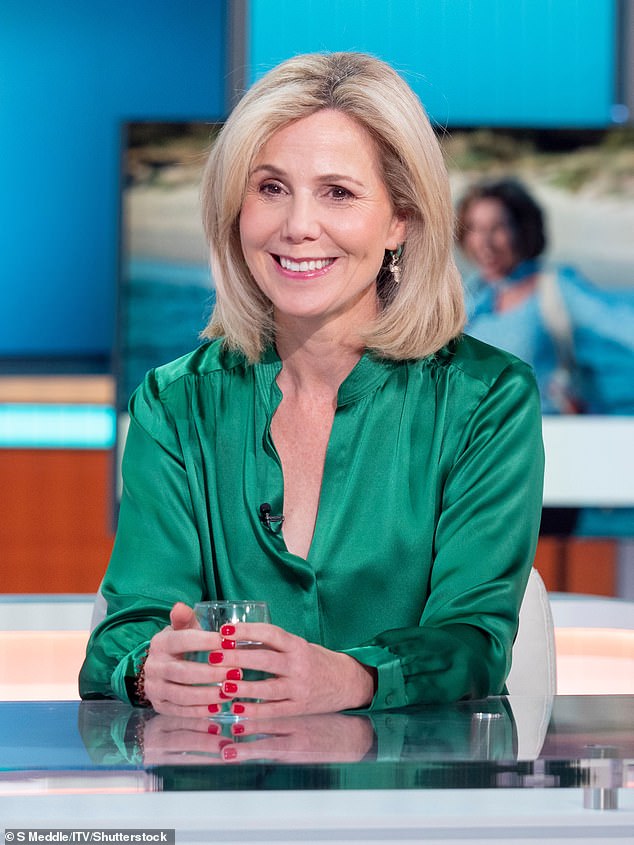 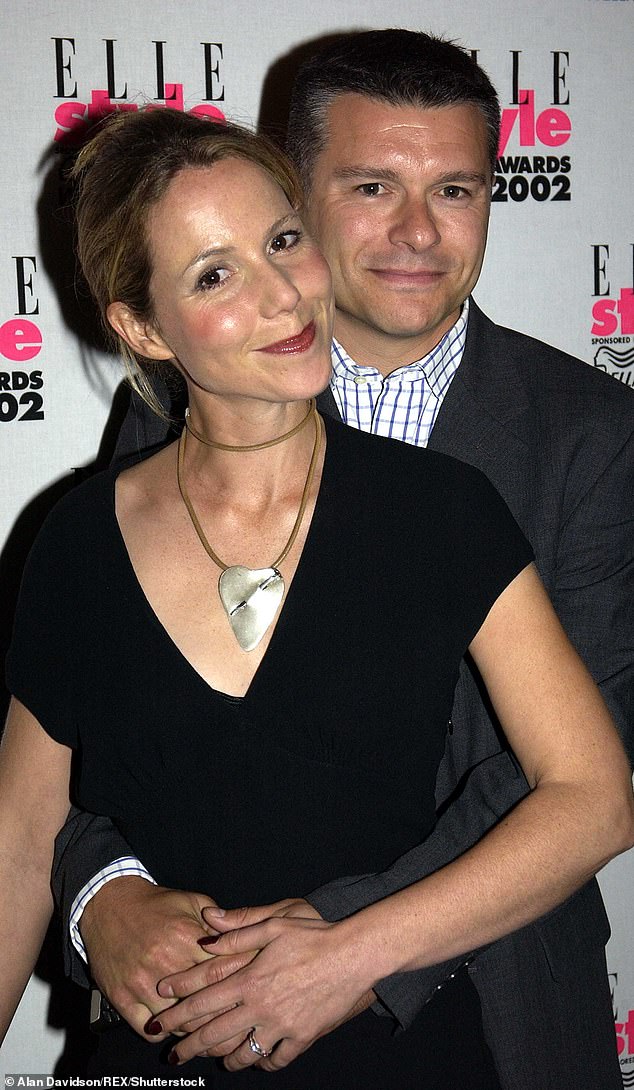 Speaking on Good Morning Britain, the Bridget Jones actress, 52, said she only realised what was going on when she Googled the symptoms. The mother-of-three split from husband Andrew Bermejo in 2017, following 14 years of marriage. Pictured, the couple in 2002

She said: ‘I thought that was just what going through a divorce felt like, but it turned out that it was actually the menopause!

‘I Googled the symptoms and realised I had all of them. Apart from the hot flashes.

‘I think it’s great that we talk about the menopause a bit more because all of these symptoms, I thought they were something else.’

She added: ‘It can be very sexy, you can get a massive rise in libido – apparently!’ 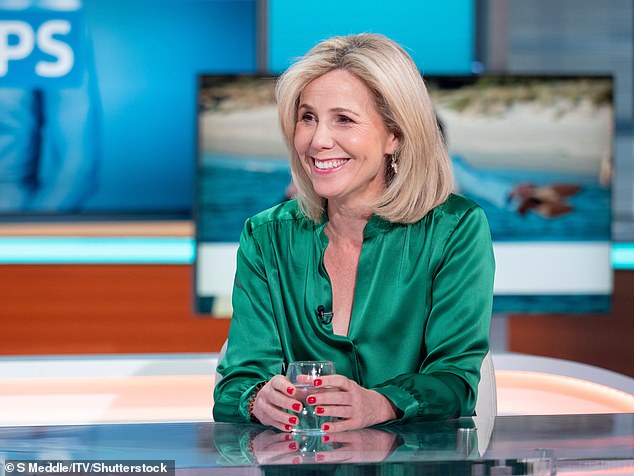 Speaking on the menopause today, Sally said: ‘I think it’s great that we talk about the menopause a bit more because all of these symptoms, I thought they were something else’ 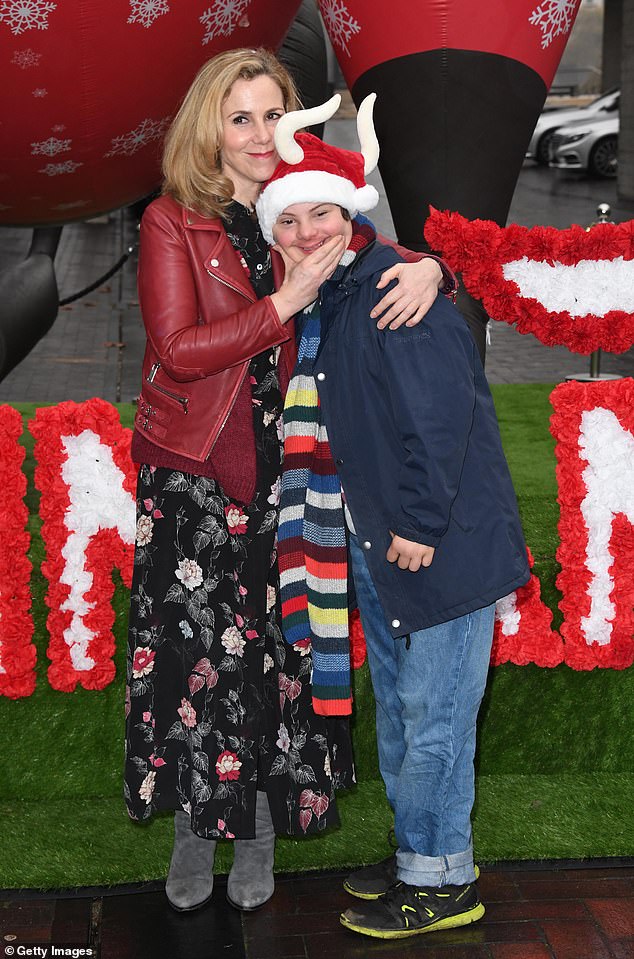 Sally has previously spoken of how a divide opened up in her marriage following the birth of their eldest son, Olly, 17, who has Down’s syndrome. Pictured, mother and son in 2017

She joked ‘drugs’ kept her going through her struggles, before clarifying she meant treatment for the menopause.

She was researching symptoms for a project with Boots called the Menopause Monologues, which share women’s experience and open up the conversation around women’s health.

The actress has spoken previously about how their son’s diagnosis, and two miscarriages, caused a divide within her marriage.

She miscarried her second child 14 weeks into her pregnancy, and ended up giving birth in a hospital toilet. 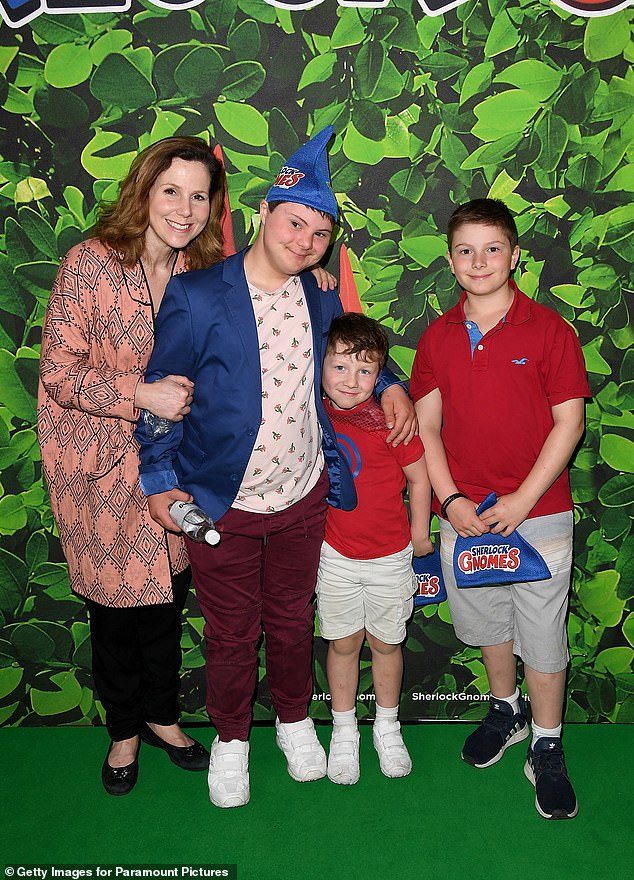 She later suffered another miscarriage after having her son Luke, and had to have the foetus surgically removed because she was too far along into her pregnancy.

Speaking on TBN’s chat show Soul Tears in 2018, Sally revealed how the pain of suffering two miscarriages also took its toll on her marriage to her now ex-husband.

Sally said: ‘I eventually gave birth in a hospital toilet onto one of those cardboard trays and what came out looked like a baby. I helplessly handed the baby to a nurse, she said they would run tests.

‘I said that I wanted my baby back but they had incinerated him or her, because they said it didn’t not qualify, as it was only ”Products of Conception”, which is obviously not at all how you feel about it.’

Sally said that losing their first baby caused a rift in her marriage to her now ex-husband Andrew Bermejo.

He didn’t take the miscarriage as badly as Sally did as she was only 14 months along.

She continued: ‘Having had a baby the first six months is getting your head around what on earth this means and once you’ve had a child you bond very early don’t you? That was grim and very hard to deal with as a couple.

‘We’d had a divide that started after Olly in that my husband and I dealt the diagnosis in very different ways and then this division over babies got wider, because he hadn’t really taken onboard that I was pregnant. Fourteen weeks isn’t that long but in your body you’re feeling the sickness, the excitement and all these things.’

Knowing that some couples have multiple miscarriages she became determined to get her body as prepared as it could possibly be for another pregnancy by taking vitamins and eating well.

But sadly it would be to no avail, as she would later lose another baby – and this time much further along in the pregnancy.

Sally said: ‘That was very lonely. I remember going under the anaesthetic and just waking up and howling and being on my own in the hospital.

‘I remember the nurses not being kind, talking over you and prodding you. You just realise what a difference kind words and gentle touch at those moments make, because I’ve experienced both. People talking over you and being in a ward with people having babies it’s difficult.’

When asked about what she would say to someone who is experiencing baby loss, Sally wasn’t sure about her answer.