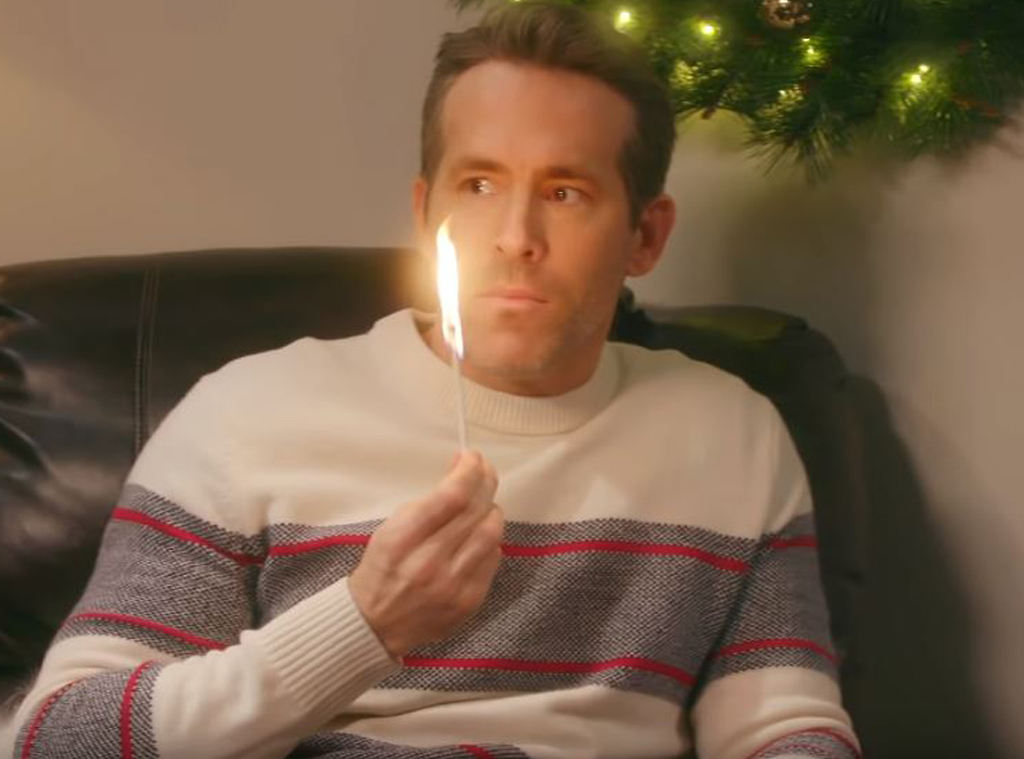 Word to the wise, don’t overstay your welcome at Ryan Reynolds‘ house.

During an appearance on Wednesday’s The Tonight Show Starring Jimmy Fallon, the actor co-starred in a hilarious Christmas sketch with Jimmy Fallon. The sketch was a fake ad for Yankee Candle’s newest scent, “Get The [email protected]*! Out Of My House.” Perfect for holiday parties when your guests just won’t leave!

Reynolds plays the host of this Christmas dinner party, with Fallon and two other actors as their guests. They’re all having a wonderful time until 11 p.m. hits and no one has left. The star cringes and fakes a laugh when Fallon says, “And that’s when I realized, mistletoe isn’t edible!” Then the ad walks through all the tactics you try when trying to drop a heavy hint.

First up was commenting on the time. As Reynolds said, “Can you guys believe it’s 11 p.m. already?” Alas, the message was not received and the party continued.

Next was over-the-top yawning. The Deadpool star let out a massive yawn that eventually turned into screams, but no dice.

He even tried pretending that he should leave. “Well, I guess I should be going since it’s so late,” the 6 Underground actor stated. “Wait, I live here. I’m not the one who should be leaving!”

Unfortunately, that didn’t work either. As Fallon teased, “Someone had a little too much!”

Enter the “Get The [email protected]*! Out Of My House” candle.

As said a voice over, “It’s the uninviting new fragrance that will let your guests know it’s time to get the [email protected]*k out of your house.”

Reynolds then lights the last-ditch effort candle with a crazed look in his eye. When it starts to radiate, Fallon asks, “What’s that smell?” As Reynolds quipped back, “You mean the Christmas spirit?”

A disgusted Fallon then responded, “It smells like hot garbage, like someone’s microwaving garbage.” Close, but not quite!

As the horrified guests gave every excuse they could to get the hell out of Reynolds’ house, other available scents were listed: Old shrimp, sweaty Crocs, hot broccoli in a Ziplock bag, egg fart and New Jersey.

(E! and NBC are both part of NBCUniversal.)