THE Royal Mint, has launched a new set of commemorative coins to celebrate the 50th anniversary of Decimal Day.

The range of coins start at £10 for an uncirculated version, but the most expensive option is £2,175 for a Gold Proof Piedfort Coin. 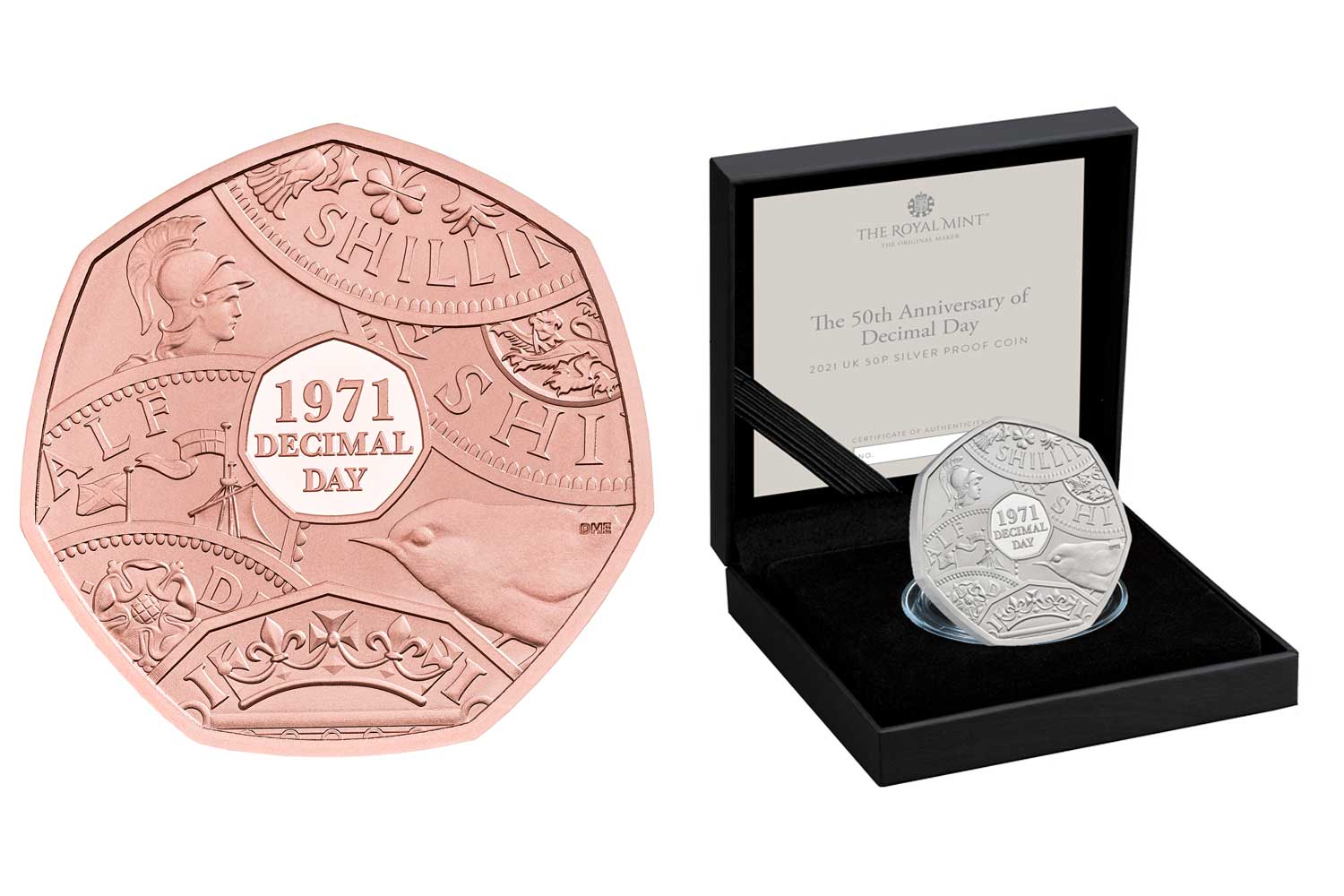 The priciest option might be popular with collectors as the mint says there will only be 200 in the limited edition presentation.

For the first time ever, the Mint is also releasing Strike on the Day coins. These are also gold and will set you back £1,250.

While many of us may be too young to remember Decimal Day, it was a huge moment in the Royal Mint's history.

On February 15, 1971, the United Kingdom’s coinage evolved from the centuries-old system of pounds, shillings and pence to the decimal currency we use today.

The sheer volume of coins – almost six million – required meant that The Royal Mint needed to move location from Tower Hill in London to a new production facility.

The new commemorative 50p coins celebrate this monumental moment in history with a design that conveys the transition to decimal coins. They were created by Royal Mint designer Dominique Evans.

What coins are available in the Decimal Day set?

Here’s the full list of coins that will be available to buy as well as how much you’ll have to spend to get one:

The commemorative set will be available to purchase from www.royalmint.com in a range of precious metal and base proof finishes and prices start from £10.

To celebrate the 50th anniversary of Decimal Day, The Royal Mint is also appealing for coin collectors across the nation to share images of their coin collections.

Coin collectors will be able to upload images of their coin collections onto The Royal Mint website.

Clare Maclennan at The Royal Mint said: “This year marks a significant anniversary in The Royal Mint’s 1,100-year history. On the 50th anniversary of Decimal Day, we will be offering collectors an opportunity to own a Strike-on-the Day Gold Proof 50p coin which features selected frosting, enhancing details within the design.

"This is the first time we have produced a strike on the day 50p coin and is a truly unique way to mark 50 years since this important moment in the nation’s coinage.”

Royal Mint launches new David Bowie coins worth up to £75k – and one was even sent into space.

Five new 2021 coins revealed including one for the Queen’s 95th birthday.