Mary Cosby snapped at her “Real Housewives of Salt Lake City” co-star Jennie Nguyen via Twitter on Monday, telling her to “shut up” and “sit down.”

“Shut up Jennie,” Cosby, 48, wrote in a since-deleted tweet. “Go sit down learn to be honest! Don’t say nothing else to me! I promise you mind your business.”

The social media feud seemingly erupted after Nguyen, 45, initially tweeted, “What, Mary said I have a big head since season 1! I wasn’t even on season 1. Okay Mary pay attention to the questions!”

Nguyen – who is a newbie this season – was referring to the answer Cosby gave during her appearance on Sunday’s episode of “Watch What Happens Live With Andy Cohen.”

Cohen, 53, asked Cosby which one of her cast members had gotten the “biggest head” since Season 1 of “RHOSLC.”

Cosby promptly replied, “Which one or how many?” She then named four of her co-stars: Whitney Rose, Lisa Barlow, Heather Gay and Nguyen. 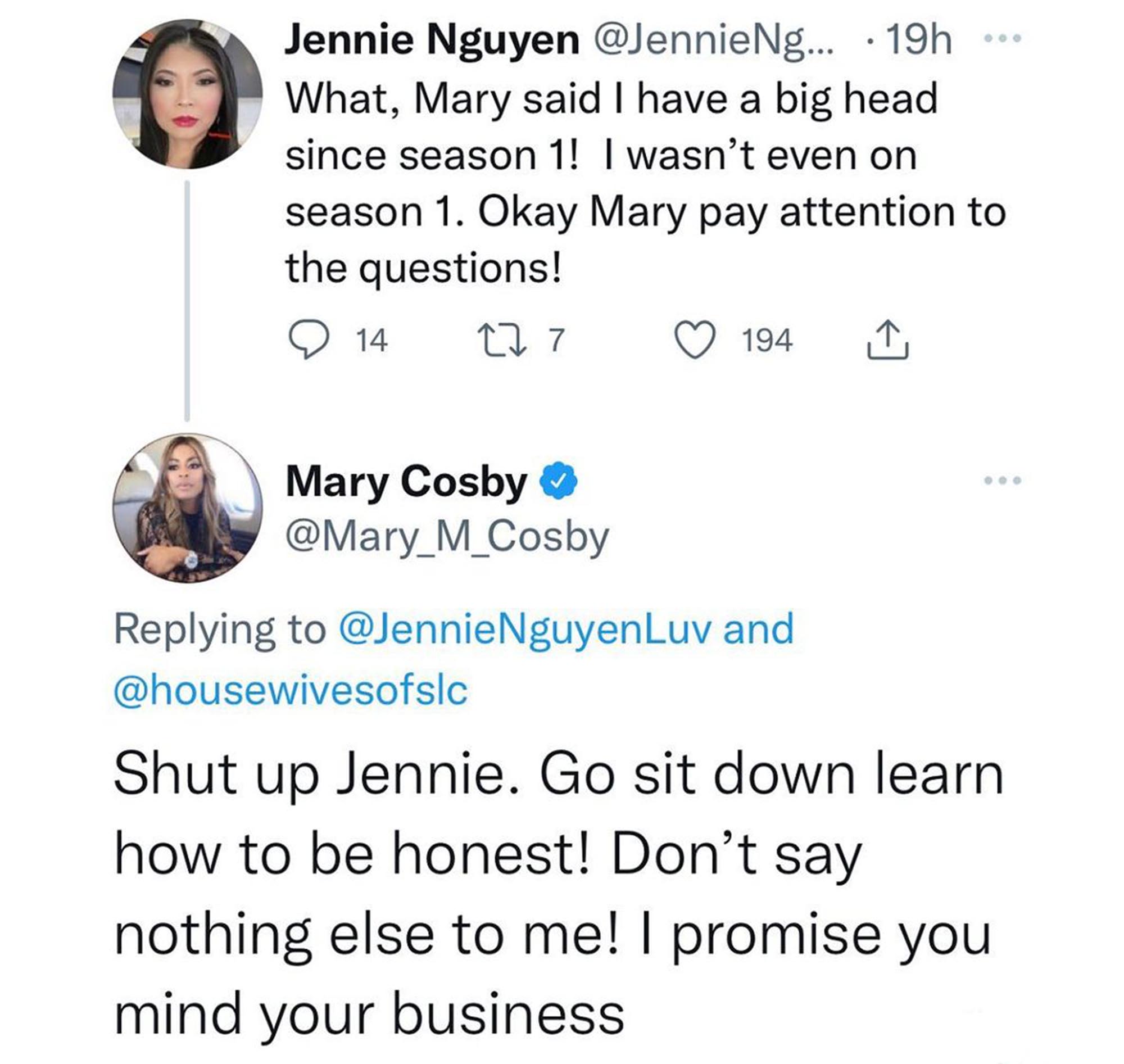 After seeing Cosby’s tweet, Nguyen fired back, asking her co-star via Twitter, “What do you mean, ‘I promise you mind your business??’”

“I was minding my own business until you mentioned my name,” she explained. “And what promise do you have for me? I’m so confused.”

This certainly isn’t the first time Cosby has gotten into heated debates with her co-stars online. Just last month, the controversial preacher called out Whitney Rose.

“You are such a liar! Whitney Rose,” she tweeted, after Rose claimed Cosby was no longer speaking to her. “You know you don’t talk to me! With your Bobble Head! Humble yourself!”

She added in another tweet, “You need to stop lying on me because your [sic] being the most the season with your pole dancing mentality. you & I will never be friends why would I talk to a fake Whitney.”

Both tweets have since been deleted.