Revealed: How you can pick up a FREE iced coffee worth up to £2.45 at Pret on Friday

There may be no such thing as a free lunch, but this Friday, Pret customers can pick up an iced coffee without paying a penny.

The coffee shop chain is offering customers a free drink at branches across the country as part of its returning Friday Freeze deal.

The only catch is that the offer is only available between 3pm and 4pm – so office workers will have to time their coffee break accordingly. 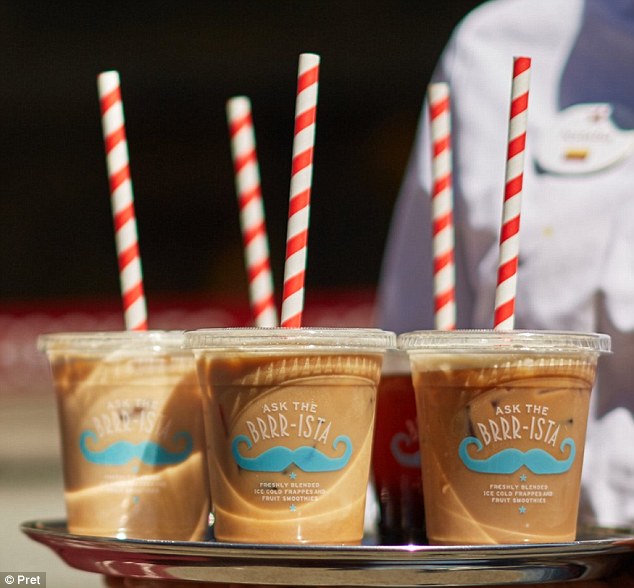 Customers can choose from either an Iced Latte or an Iced Americano, both of which are organic.

The deal is on offer at 200 branches of Pret across the country, from Scotland to London.

Which branches of Pret are taking part?

More than 200 stores across the country are taking part in the promotion, with a full list of the chains offering a free iced drink available online. Pret recently announced it will be introducing compostable cutlery into stores from next week, and hiding plastic cutlery behind tills until then to cut down on single-use plastic.

It comes after an unsuccessful trial of wooden cutlery, which customers said was ‘too small’ and impossible to eat with.

A Pret spokesman admitted the wooden cutlery ‘wasn’t up to scratch’ but said some would be kept in shops if customers request them.

The spokesman added: ‘The good news is we will introduce compostable cutlery to all our UK shops next year.’

The trial saw customers refunded the 10p they were charged for the bottle if they returned it to the store.