The new Starz series Sweetbitter is a half-hour drama with a sense of authenticity that draws you in right from the start. The restaurant feels tangible. The servers are all either your friends or your frenemies. And the main character in Sweetbitter is based on a real person — at least loosely. The series is has deep, delicious roots in the recent past.

Author Stephanie Danler wrote the novel Sweetbitter, which was published in 2016, about her own experience working at Union Square Cafe in New York City in the mid-’00s. She also adapted the story for the small screen. That said, the character is not completely based on her. According to an interview with Vogue, while a lot of the stories are pulled from the truth — the character and the author are not exactly the same. Danler may have driven herself and all of her belongings to New York overnight, but she had a support system of friends in place and goals of becoming a writer.

"Tess has lived her life and everything has been reactionary," says Ella Purnell, who plays the protagonist, to Bustle at a recent press junket. "She’s never felt or had passion or found her thing. She’s just floated and she’s been everything and been everywhere and she’s never pinned anything." She doesn’t know what she’s waiting for, except that she is. It’s refreshing, especially for a female lead, for Tess to neither be on top of everything nor laughably flawed. She’s just drifting. 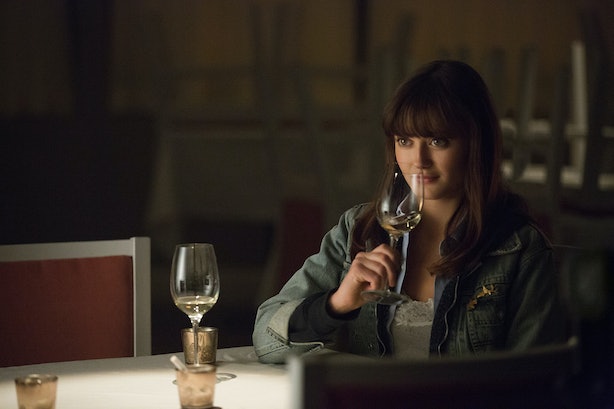 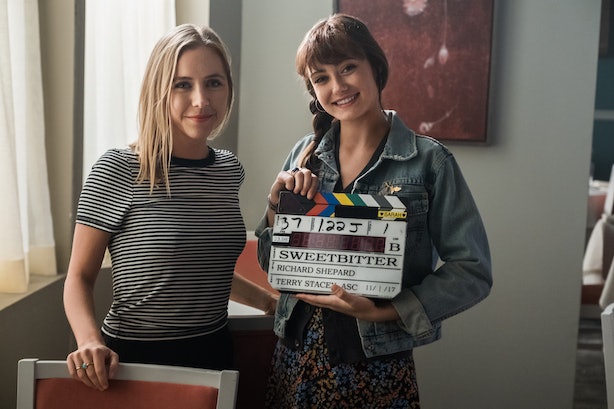 So, since the series and the book are both partially based on Danler, what’s it like for her to see an avatar of herself on screen? It’s a reminder of the passage of time, first of all. "I don’t think I had spend time around a real 22 year old in probably like five years," the author says. "I think I instantly felt my age. […] But for the most part, it feels like some sort of dream that I had that is alive, and I’m watching it unfold, and it is the most surreal experience."

There’s misconception, she says, that authors are always satisfied by seeing their work adapted. It can be hard. But for her, it really was magical seeing everything come to life. Fans of the book, keep your fingers crossed that the series is renewed for more seasons, because there’s so much more of the source material left to dive into. In Season 1, Tess is somewhat of a blank slate, but not because she’s underwritten or a two-dimensional character. She’s based on the writer, and quietly complicated.