Prince William and Catherine, Duchess of Cambridge are proving to be amazing parents to their three kids, Prince George, Princess Charlotte, and Prince Louis. But with William second in line for the throne, his entire life has been an effort to prepare him to someday rule. And with that, he often leans on Kate to help raise the kids — and he once said he’s extremely proud of his wife. 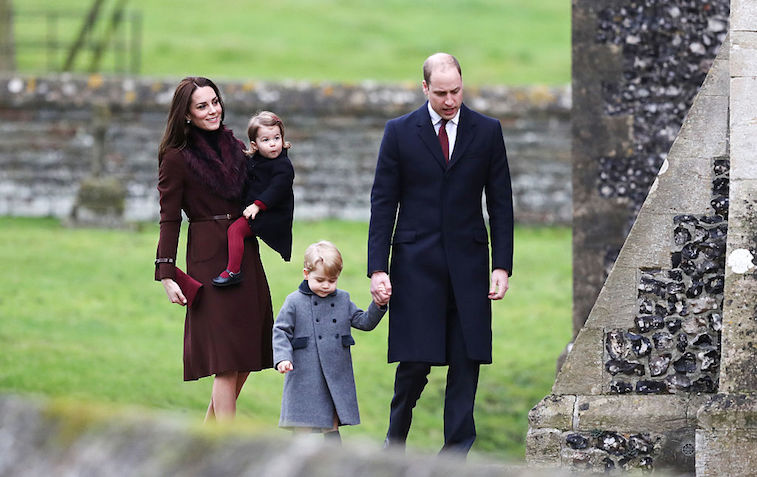 Prince William tries his best to be a hands-on dad

Though William is second in line to the British throne andcertainly has his hands full with the monarchy, the prince is still workinghard to be a hands-on father. He makes as much time for George, Charlotte, andLouis as he can, and he and Kate take their kids to school every day (or theydid, before the pandemic hit) in an effort to create a normal routine.

William revealed last year that he had not yet told George that he was the future king. After all, George is only six, and William seems to want to give him the most normal childhood possible.

Kate Middleton has been homeschooling the kids during coronavirus

Kate certainly does a lot for the kids, too. Now thateveryone is home from school due to the coronavirus pandemic, Kate has been homeschoolingGeorge and Charlotte while also caring for Louis, who just celebrated hissecond birthday.

Kate has said in the past that she loves spending as much time with her kids as she can. She revealed once that the kids enjoy making pizzas with her and William; it certainly allows the family to keep a close bond.

Sharing a sneak peek of Prince Louis’ handiwork ahead of his second birthday! ? • The Duke and Duchess of Cambridge are pleased to share new images of Prince Louis, taken by The Duchess this April.

William once said Kate is an ‘amazing’ mother

William and Kate have said plentyof sweet things about each other through the years, but William seemsenamored with how wonderful of a mother Kate has become. When Kate gave birthto Charlotte, William revealedin an interview with BBC that Kate “has been doing an amazing job as a mother,and I am very proud of her.”

It’s not easy stepping into the royal family. Kate was often berated with paparazzi when she and William started dating, and having grown up as a commoner, she had a lot to learn. But she did everything with poise and grace; she even continued making appearances through all three pregnancies, despite battling extreme morning sickness with every new baby.

To all the doctors, nurses, carers, GPs, pharmacists, volunteers and other NHS staff working tirelessly to help those affected by #COVID19: thank you. #ClapForOurCarers #ClapForCarers #ThankYouNHS #ClapForNHS

Some still think the two might have another baby

From the time Louis was born in 2018, there have been rumorsthat William and Kate might not be done having kids. Some still think the twowill announce baby no. 4, though, at this point, it’s looking less and lesslikely.

It’s possible that William and Kate had originally wantedanother child, but between Prince Harry and Meghan Markle’s royal departure andeverything going on with coronavirus, they might have decided that it wasn’tthe best time to expand their family. Still, should these two decide to haveanother baby, people would certainly be thrilled to meet another little princeor princess.