The public has seen little of Prince Harry and Meghan’s son, Archie, but the 19-month-old recently made his podcast debut. In the couple’s new holiday podcast special, Archie has a message for fans: “Happy New Year.”

The toddler first says the word “fun” when prompted by his mom, then shows off the other words he can say. He repeats after Prince Harry the words “happy” and “new,” and then Archie proudly adds the word “year” all by himself. His parents then cheer, which makes Archie let out an adorable giggle.

LISTEN TO HIM OMG 🥺🥺🥺 pic.twitter.com/qogJWD1foz

The couple’s holiday podcast is streaming on Spotify, where they recently inked a multiyear deal for their new production company, Archewell Audio. The Duke and Duchess of Sussex will host and produce “uplifting” audio content that will “spotlight powerful and diverse voices and perspectives.”

In the holiday special, the first full episode by Archewell on Spotify, the couple also shared a song that they said means a lot to them.

“‘This Little Light of Mine’ played at the very end of our wedding while we were walking down the steps of the church,” Meghan said. “It was the music that we wanted playing when we started our lives together. Because as we all know, ‘Darkness cannot drive out darkness; only light can do that.'”

Harry said the message of the song is one they “hold so dearly.” “It’s about using the power we each have within us to make this world a better place,” he said.

“As we come to the end of this year and look to the future, let’s hold onto the lessons we’ve learned about how important it is to take care of one another, and how meaningful our connections are — even when they’re physically impossible,” Harry said.

The couple also had some famous friends reflect on 2020 for the podcast episode. Meghan said the featured people are those who inspire them and whom they admired, from activists to poets to teachers.

Brené Brown, José Andrés, Deepak Chopra, Naomi Osaka, and George the Poet all share their audio diaries on the episode.

“We wanted to know what they’ll remember about this year, how they’d explain it to future generations, what they learned about themselves and what gives them hope,” she said. “Their responses have given us a lot to think about. And it all came back to one thing: to the power of connection.”

However, it was Archie, who will turn 2 years old in May, who was the star of the show and quickly began trending on Twitter after the podcast episode dropped on Monday. 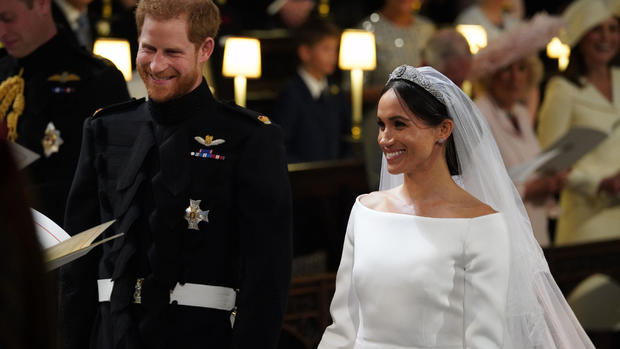