Prince Charles, 72, spoke out on behalf of the Firm to thank D-Day Veterans in a touching new video. The future king’s traditional ways made him the perfect royal to deliver the poignant speech, a body language expert has claimed.

Clarence House shared the video on Twitter with the message: “As Patron of the Normandy Memorial Trust, His Royal Highness sent a message for the live broadcast opening of the @britishmemorial, which is located on a hillside in Ver-sur-Mer above Gold Beach in Normandy.”

In the video, Charles says: “I know just how much our incomparable veterans had hoped to be in Normandy today to see their memorial for themselves.

“Despite having to watch via satellite link, this in no way obscures the enormous regard and admiration in which we hold our veterans.

“Or diminishes our debt of gratitude to the more than 22,000 men and women whose names are now permanently inscribed in stone in this place of honour above Gold Beach.” 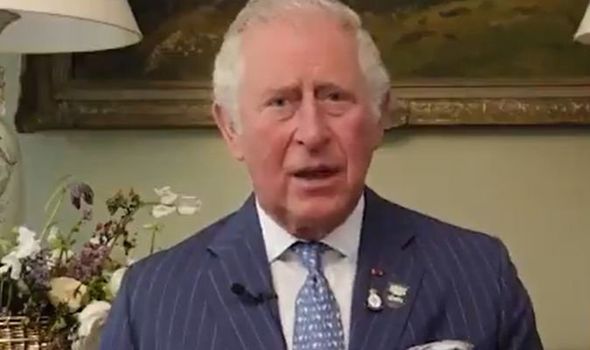 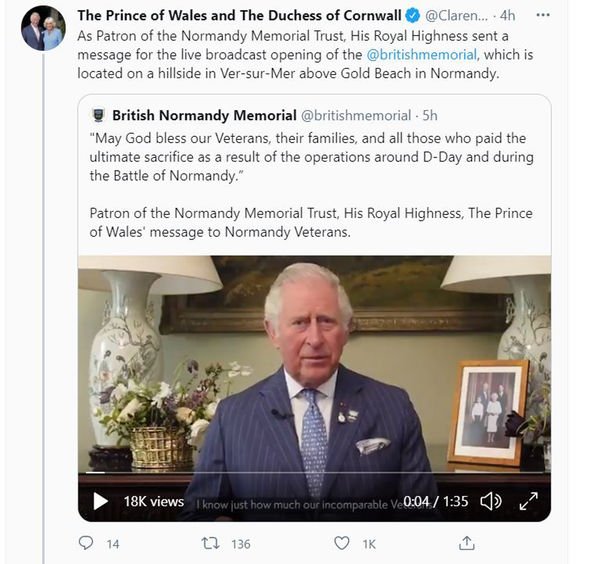 Charles added: “As I said when I first became aware of the plans for this long overdue British memorial, it has for many years been a concern to me, that the memory of these remarkable individuals should be preserved for future generations as an example of personal courage and sacrifice for the benefit of the wider national, and indeed international community.

“I can only hope that this serves to commemorate all those whose lives were lost during the events of June 1944 and between D-Day and the liberation of Paris at the end of August 1944.”

“May God bless our veterans, the families and all those who paid the ultimate sacrifice as a result of the operations around D-Day and during the Battle of Normandy.” 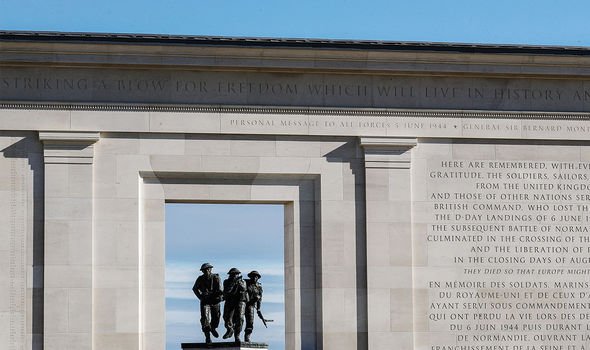 Charles wore a navy pinstriped suit in the austere video that seems to have been filmed at Clarence House.

The future king was “the perfect royal” to deliver the D-Day speech, Judi claimed and said Charles “understands the weight of history.”

The analyst said: “Charles is the perfect royal to deliver this speech of commemoration to open the D-Day and Battle of Normandy memorial.

Judi added:  “His very traditional styling, voice and delivery straddle the 77-year gap between what he refers to as ‘An example of personal courage and sacrifice’ and the present day.”

“He might have been too young to remember the war but he epitomizes the look of the time and the expectations people back then had of their royals in terms of body language and the famous stiff upper lip.

“He looks like a royal who understands the weight of history and the links to the chaos of current life in a pandemic.

“His eye expression projects genuine sadness with his steepled brows, and his reflective cut-offs as he looks down make the perfect contrast with his piercing eye-gaze when he looks up.” 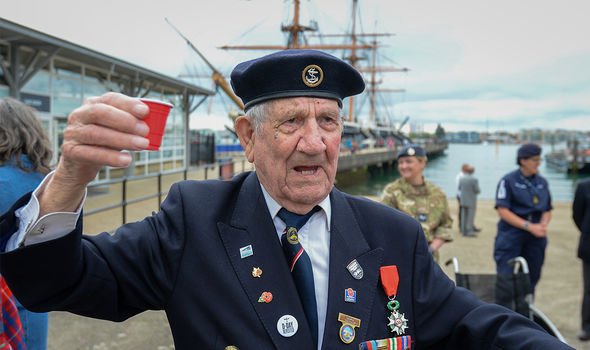 The analyst added: “His head shakes gently from side to side in what looks like a gesture of disbelief at both the way the pandemic has led to a virtual ceremony rather than a live gathering, and at the way it has taken so long to happen at all.

“There are subtle signals of what looks like personal frustration as Charles pauses before straightening his back and arching his shoulders with his mouth pulling out in a horizontal grimace as he says the delay has ‘…for many years been of concern to me….’ There is another pause and a sigh before Charles ends with: ‘May god bless our veterans…’ managing to make the grief look personally felt.”

The Royal Family celebrated happy news on Sunday as Meghan Markle and Prince Harry announced the safe arrival of their daughter Lilibet “Lili” Diana Mountbatten-Windsor with the world.

Clarence House tweeted to congratulate the couple in a message that read: ” Congratulations to Harry, Meghan and Archie on the arrival of baby Lilibet Diana.

“Wishing them all well at this special time.”