Andrew — the third child and second son of Queen Elizabeth II and the late Prince Philip — will also reportedly no longer be allowed to use the title, "His Royal Highness."

Prince Andrew has lost his military titles and royal patronages amid the ongoing sexual abuse case against him.

On Thursday, Buckingham Palace announced the news in a statement that read: “With The Queen’s approval and agreement, the Duke of York’s military affiliations and Royal patronages have been returned to The Queen.”

The statement continued, “The Duke of York will continue not to undertake any public duties and is defending this case as a private citizen.”

A royal source told CNN that Andrew — the third child and second son of Queen Elizabeth II and the late Prince Philip — will no longer be allowed to use the title, “His Royal Highness.”

The insider added that “all of the Duke’s roles have been handed back to the Queen with immediate effect for redistribution to other members of the Royal Family. For clarity, they will not return to The Duke of York.”

This came just one day after New York judge Lewis A. Kaplan rejected a motion from Prince Andrew’s legal team to dismiss a civil lawsuit against the royal filed by Virginia Giuffre, per CNN. Giuffre (née Roberts) has accused Andrew of sexually assaulting her when she was a minor.

According to TMZ, Andrew’s attorneys argued that the case should be dismissed due to Giuffre’s past settlement with since-deceased sex offender Jeffrey Epstein, in which she was paid $500,000 in 2009. 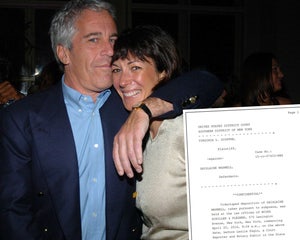 In Giuffre’s lawsuit, which was filed in August 2021, Giuffre claims she was forced by Epstein into performing sex acts with Andrew in 2001 when she was 17. She alleges that she was sexually abused by Andrew in London, New York and in the Virgin Islands.

The Prince has vehemently denied the allegations.

Andrew has until July 14 to answer questions about the case under oath, per CNN. However, he could face a trial date later this year — between September and December — if the case is not settled.

Andrew suspended his public duties in late 2019 following intense negative reaction to his interview with BBC’s Newsnight, in which he addressed Giuffre’s allegations and his alleged involvement with Epstein.

Meanwhile, in August 2019, Epstein died by suicide while in jail awaiting trial on charges of sex trafficking of minors and sex trafficking conspiracy. He was accused of abusing dozens of underage girls at his homes in New York and Palm Beach, Florida, between 2002 and 2005.