PRESENTING PERCY showed class is permanent with a commanding victory in the Galmoy Hurdle.

After a well deserved break, Presenting Percy, finally made his return to action at Gowran Park by retaining the Grade 2 John Mulhern Galmoy Hurdle – a race he won last year en-route to The Festival. 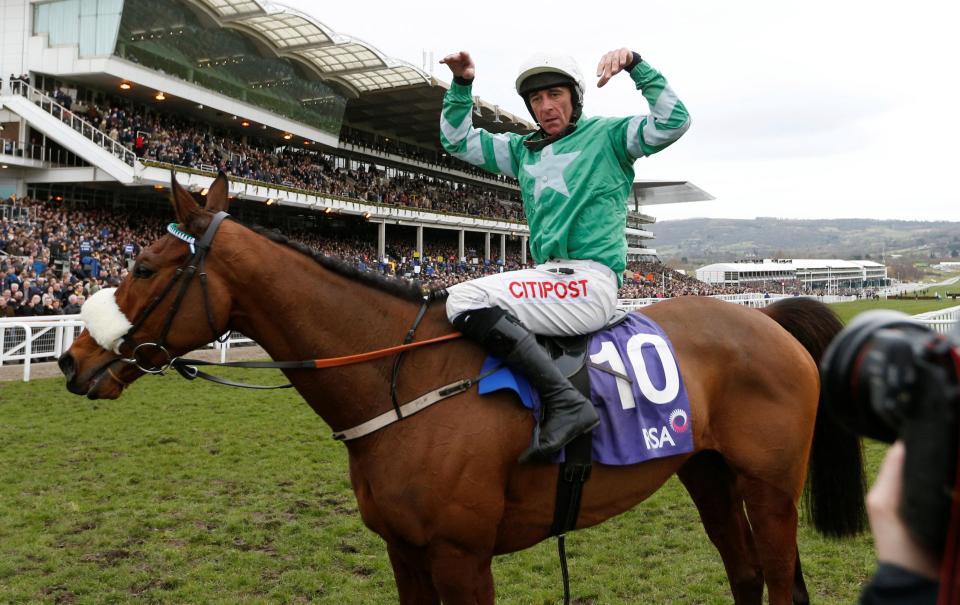 Last year's impressive RSA Chase winner at the Cheltenham Festival looked in fine form as he continued his preparation in a bid to claim the Gold Cup crown later in March.

Who is Presenting Percy?

The son of Sir Percy has won ten of the last 18 races with notable wins including the RSA Chase, Pertemps Final Handicap Hurdle, John Mulhern Galmoy Hurdle (Grade 2) and the Porterstown Handicap Chase (Grade B).

THE new Sun Racing app is here – and it's sent the bookies running for cover.

The brilliant new app, which is free to download ahead of the Cheltenham Festival, features:

Head over to the App Store to download it for free.

Reynolds admitted on RTE Racing “Pat and I are very very close and go back a long way. He doesn't say an awful lot, he leaves that to me and I'm not sure I do a great job for him in terms of saying a few words."

When will Presenting Percy next race?

Presenting Percy will head straight to the Cheltenham Gold Cup.

You can watch the race live on ITV!

Where did Presenting Percy finish on his last start?

Given a quiet ride by Davy Russell, he quickened approaching the second last and gamely saw off challenges from Willie Mullins' battalion of Killultagh Vic, Baupaume and Limini.