A few weeks ago one federal MP, a veteran of countless leadership wars, surveyed the wreckage surrounding the Prime Minister then concluded that if it wasn’t for the pandemic, Scott Morrison would no longer be in the job.

It is not an isolated view. After five conservative Coalition senators voted against the government while others threatened to withdraw their vote, several agreed, saying yes, the observation was “accurate”. 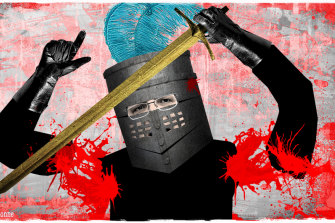 Before anyone gets too excited, barring a runaway bus, Morrison will lead the Coalition to the election. However, the dismay over his performance and judgment has intensified and assessments about the government’s election prospects have become more pessimistic.

It prompted one rumour in government ranks that Peter Dutton was “sitting on the numbers”. It is true Dutton has never denied his leadership ambitions and he has been paying more attention lately to party moderates beyond his encouragement months ago for them to push for net zero.

Again people should not get too excited. No doubt there is a lot of praying going on, maybe a little plotting, certainly a lot of paranoia.

More realistically, given the changes Morrison rammed through in 2018 requiring a two-thirds majority vote of the party room to change leaders between elections – transforming the leader into an emperor, according to one MP – it is more about post-election positioning. Even so, it never hurts to be prepared.

Summing up, one senior government frontbencher said, “if we win, and that’s a big if” it will be Morrison and Josh Frydenberg. If not, it will be Frydenberg versus Dutton.

Morrison has been weakened from without by Labor’s daily assaults on his character and from within by backbenchers split between those who believe he should forget about fighting the premiers to concentrate on fighting Anthony Albanese, those who fear he has ceded too much power to the states and needs to rein them in, and those who regard the religious freedom bill as a risky solution to a problem which doesn’t exist, ramped up years ago to scuttle same-sex marriage.

Add to that Morrison’s propensity for self-harm. Ever-changing stories on everything and his unwise remarks appearing to give succour to anti-vaxxers have cost him dearly as the Resolve poll has shown.

Despite doing his best Black Knight impersonation, stumps bleeding, bravely daring Labor to “bring it on”, Morrison can read the polls better than anyone. In an effort to stave off defeat, using his muscle in the one state that could still save him, Morrison has raided the NSW government for candidates. 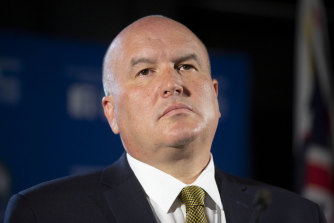 The latest potential recruit is NSW Police Minister, David Elliott, who is said to be considering running for Greenway in Sydney’s west, now held by Labor frontbencher Michelle Rowland with a margin of 2.8 per cent. Liberals are supremely confident Elliott, who is close to Morrison, would win Greenway if he ran and that they would hold his ultra-safe state seat of Baulkham Hills in a by-election. They predicted a Coalition victory would see Elliott promoted straight into cabinet.

The other seat Liberals are now confident of winning is Gilmore on NSW’s south coast, where the former transport minister, Andrew Constance, has nominated for pre-selection. Constance and Morrison fell out badly during the Black Summer bushfires but are now united by a confluence of political desires.

Constance apparently wants to lead the moderates in Canberra and with internal Liberal research last week showing he can win Gilmore, Morrison needs him to retain government.

It was unfortunate then that Morrison managed to transport himself back to the unhappy place he was in after the bushfires. It was no accident that the question which so rattled him on Monday, tripping him into a spiral of false claims, came from Labor’s member for Gilmore, Fiona Phillips. 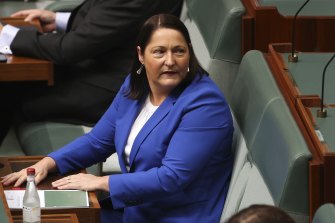 The question, asking why he went to Hawaii while her electorate was burning and why his office had lied about his going, gave Phillips a platform to stand up for people in her electorate still homeless and still scarred by the fires while reminding them he went missing during the crisis.

Phillips lost Gilmore narrowly in 2016. In 2019 she won it with a margin of 2.6 per cent. She has burrowed into her community. In the past two years, unable to doorknock because of lockdowns, she and her volunteers made almost 20,000 direct calls to voters to check how they were faring with COVID.

Until a few months ago, Labor MPs were certain she would hold the seat. They wobbled when Constance said he would run.

Phillips remains unflustered, saying it makes no difference who runs for the Liberals, whether parachuted in or fairly preselected. She reckons the mood on the ground is better now for Labor than it was three years ago. 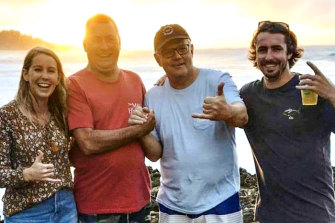 Scott Morrison’s judgment was called into question over his Hawaii holiday during the bushfires.

She has had a low profile in Canberra, but her question to Morrison on Monday, one of many in Labor’s pack devised by chief tactician Tony Burke designed to ensure Morrison wears a big L (liar) on his forehead all the way to the election and another big L (loser) afterwards, reminded voters that sneakiness has consequences.

It was embarrassing watching the Prime Minister, fresh from the previous week’s disaster where he was forced to fend off accusations that he was courting the votes of extremists, shred his own credibility on the floor of the Parliament not once, not twice, but thrice.

It was dreadful on many levels. He left himself open to the charge of lying about lying. He revealed private texts easily disproving his assertions. And by describing it as private he revealed he still failed to fully appreciate the gravity of his error in sneaking off to Hawaii during the fires.

The Opinion newsletter is a weekly wrap of views that will challenge, champion and inform. Sign up here.