‘Do they belong to Rumpelstiltskin?’: Prada put their foot in it with £1,300 boots with upturned toes

Prada has been mocked for flogging a £1,300 pair of boots that shoppers said look like they’ve belong to a Medieval court jester.

The pointed pair of black booties are described as a reinvention of ‘the classic cowboy boot through the Milanese brand’s conceptual aesthetic vision’.

But bemused social media users were not sold on the shoes, with some joking they look like they’re what court jesters would wear on their days off.

The pricey pumps are made of fabric and leather with a four centimetre heel. 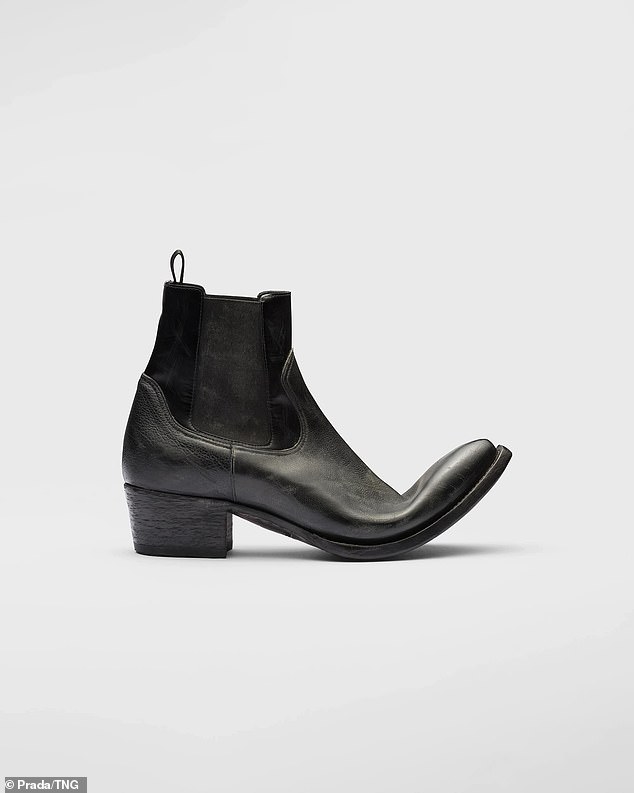 Milanese designer brand Prada has been mocked online after releasing a pair of boots costing £1,300 that looks like they belong to a court jester

Prada is advertising the pair’s ‘retro allure’ in a description penned on their website.

‘These booties with retro allure reinvent and emphasise the classic cowboy boot through Prada’s conceptual aesthetic vision,’ it reads.

‘The pronounced toe and square heel create an original stylistic contrast with the elasticised gusset on the leg typical of Chelsea boots for men.

‘A treatment applied by hand gives the leather a vintage look and underlines the artisan know-how of the brand.’ 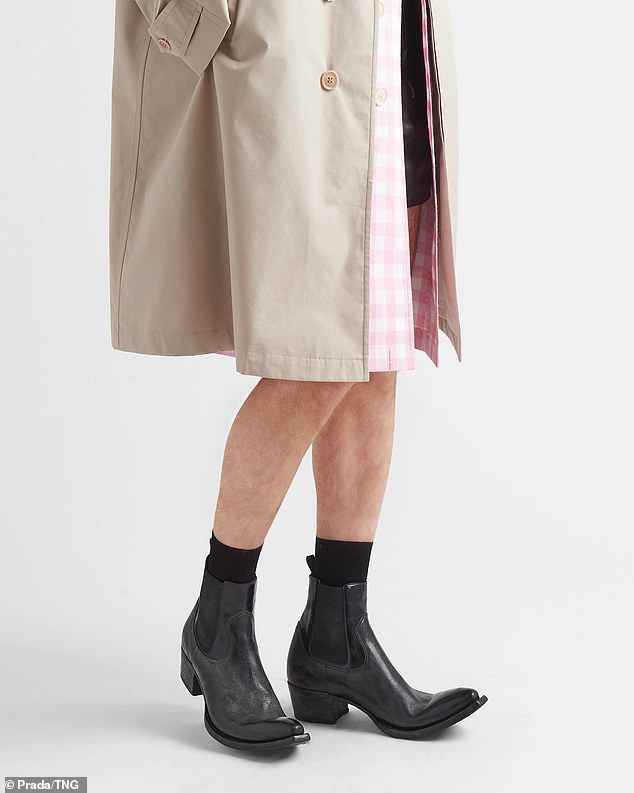 The boots, which are made for men, are angled at the front, with some shoppers joking they look like their owner just kicked a wall

But social media users were left less than impressed with the dodgy toe turn-ups.

Another joked: ‘They look like they’ve been rammed at the back of the wardrobe for ages and are f****.’

‘Only to be worn by off-duty court jesters.’ 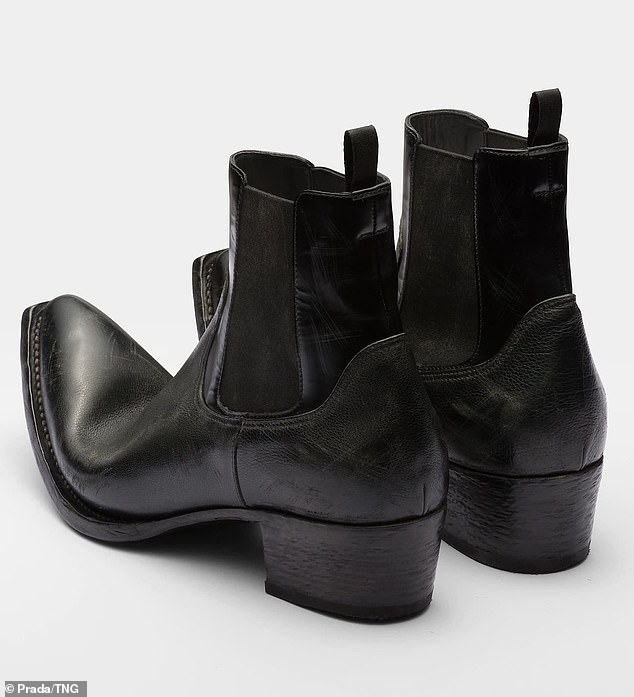 The leather boots also include a four centimetres-high heel. The pronounced toe sat the front is the pair’s most eye-catching feature

One asked: ‘How on earth do you physically wear those without doing permanent damage to your toes?’

‘Who do they belong to?! Rumpelstiltskin?’ one asked, referencing the malevolent fairy tale character.

One commented: ‘I see these boots and immediately think of the Child Catcher from Chitty Chitty Bang Bang.’

‘Shouldn’t they have added bells like a pair of court jester’s booties?’ one asked.