POT Noodles fans can now get their hands on four new and exotic Asian-inspired flavours.

Unlike normal Pot Noodles, these ones are made with rice noodles rather than egg ones so they will appear slightly see through.

Each pot weighs between 56g and 70g, slightly smaller than an ordinary 90g tub, and costs more too.

You'll need to fork out £1.75 a pot for the Street Style instant noodles, where as a beef and tomato flavour or original curry costs just 50p from Asda or Tesco. 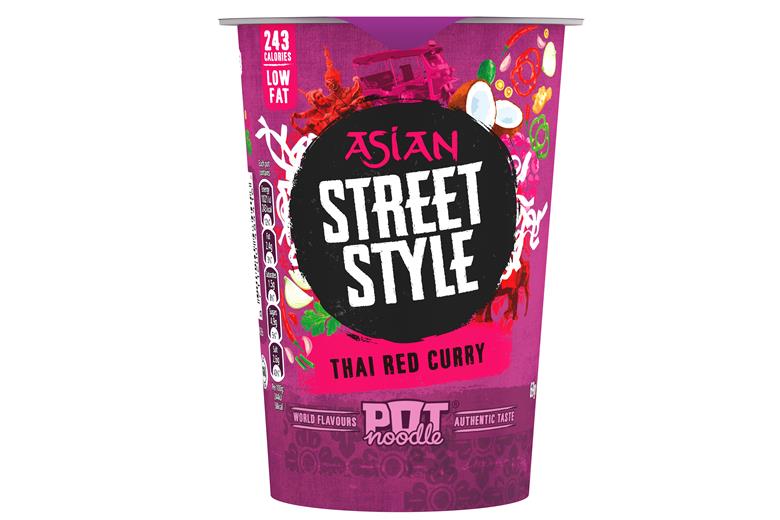 While we couldn't find any other brand making those exact flavours, other Asian style instant noodles are available for less.

But those who are keeping an eye on their waistline will be pleased to know that the new pots are low in fat and contain less calories too.

Each of the rice noodle tubs provides under 250 calories per pot after you've added water, compared to around 430 calories in a standard meal.

The packaging, which is made up of an aluminium lid on a clear plastic pot with a cardboard sleeve, is also completely recyclable.

Of course, you can save even more money on your instant noodles if you buy supermarket own brand versions and ditch the pot altogether.

It's not clear exactly when the noodles will be available to buy in stores or what supermarkets that it will be rolling out to first but we'll update you as soon as we know.

Last year, Pot Noodle trialled a delivery service in London and Newcastle that saw drivers bring the instants meals straight to your door.

Levi Roots launched his own version of Caribbean-flavoured pot noodles in a bid to spice up lunchtime.

Super Noodles has also branched out into some really weird flavours including cheese burger and steak fajita.