Chocolate lovers are calling for the return of the miniature Galaxy Truffle to tubs of Celebrations in time for Christmas.

British Celebrations fan Sean Duggan has published an online petition in an effort to persuade chocolate-maker Mars to reverse its 2011 decision to replace the treats with the mini Twix.

Mars has previously said the change came about as a direct result of customer feedback, but Mr Duggan insists swapping out the truffles for the ‘mediocre’ Twix was ‘madness’ – and many on social media appear to agree with him.

He wrote: ‘Let’s get the Truffle back and let the company know that we don’t want something that was so popular to be replaced with something so mediocre. Let us show not only the heartbreak of something so delicious being taken away, but to show that this should never happen again!’ 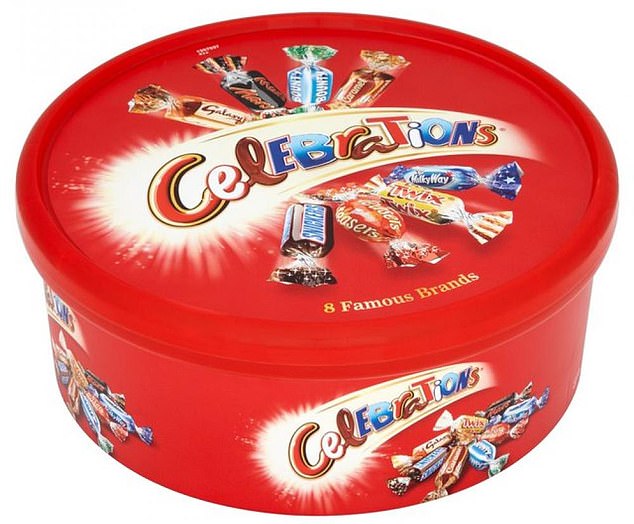 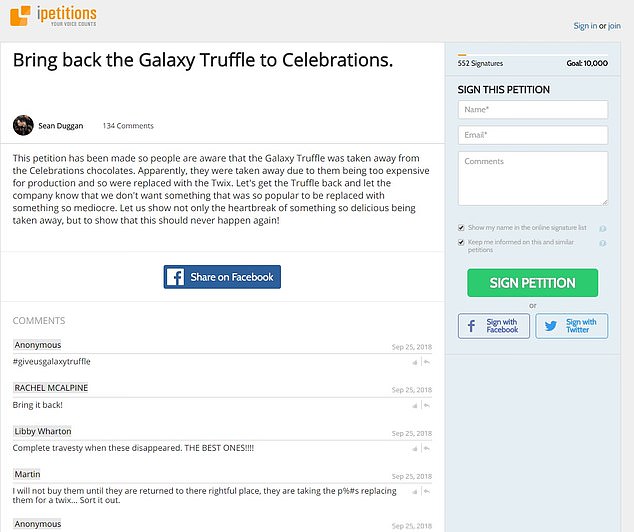 The petition has already received a flood of support with over 500 signatures, while other chocolate lovers have been taking to Twitter to have their say.

Speaking under the handle ‘Slawsy85’, a Twitter user argued swapping the Galaxy Truffle with Twix wasn’t an equal decision.

She said: ‘Just don’t get me started on when Celebrations thought it was fair swap of the Galaxy truffle for a mini Twix?!? Madness!

Another wrote: ‘If you vote for one thing this year.. let it be the people’s RIGHT to have Galaxy Truffles back in Celebrations boxes’ 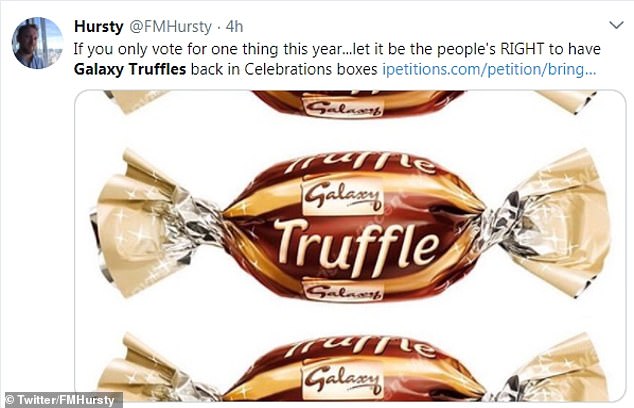 In 2017 Celebrations responded to a thread of requests from chocoholics asking for the return of Galaxy Truffles by explaining that they were removed due to customer feedback.

Mars wrote: ‘I’m sorry to hear you didn’t like the change we made to bring Twix into the Celebrations mix. Just like when we make changes to our products, we conducted a lot of research which shows the majority of people prefer the mix with Twix instead of Truffle’

In response to another Twitter user they added: ‘I’m sorry to tell you that we no longer make Galaxy Truffles. Unfortunately we didn’t sell enough to enable us to continue producing it. I’ll make sure the comments are fed back to our marketing team who continually review our range of products.’