Pete Davidson and Chase Sui Wonders packed on the PDA while enjoying a romantic getaway in Hawaii over the weekend.

The “Bodies Bodies Bodies” co-stars continued to spark romance rumors after they were spotted getting handsy while wading into the crystal-clear water.

Wonders, who donned a green bikini and simple gold jewelry, wrapped her arms around the funnyman as they chatted in the ocean before making their way back to shore.

The twosome shared a sweet smooch once they were dried off and settled on their beach towels. 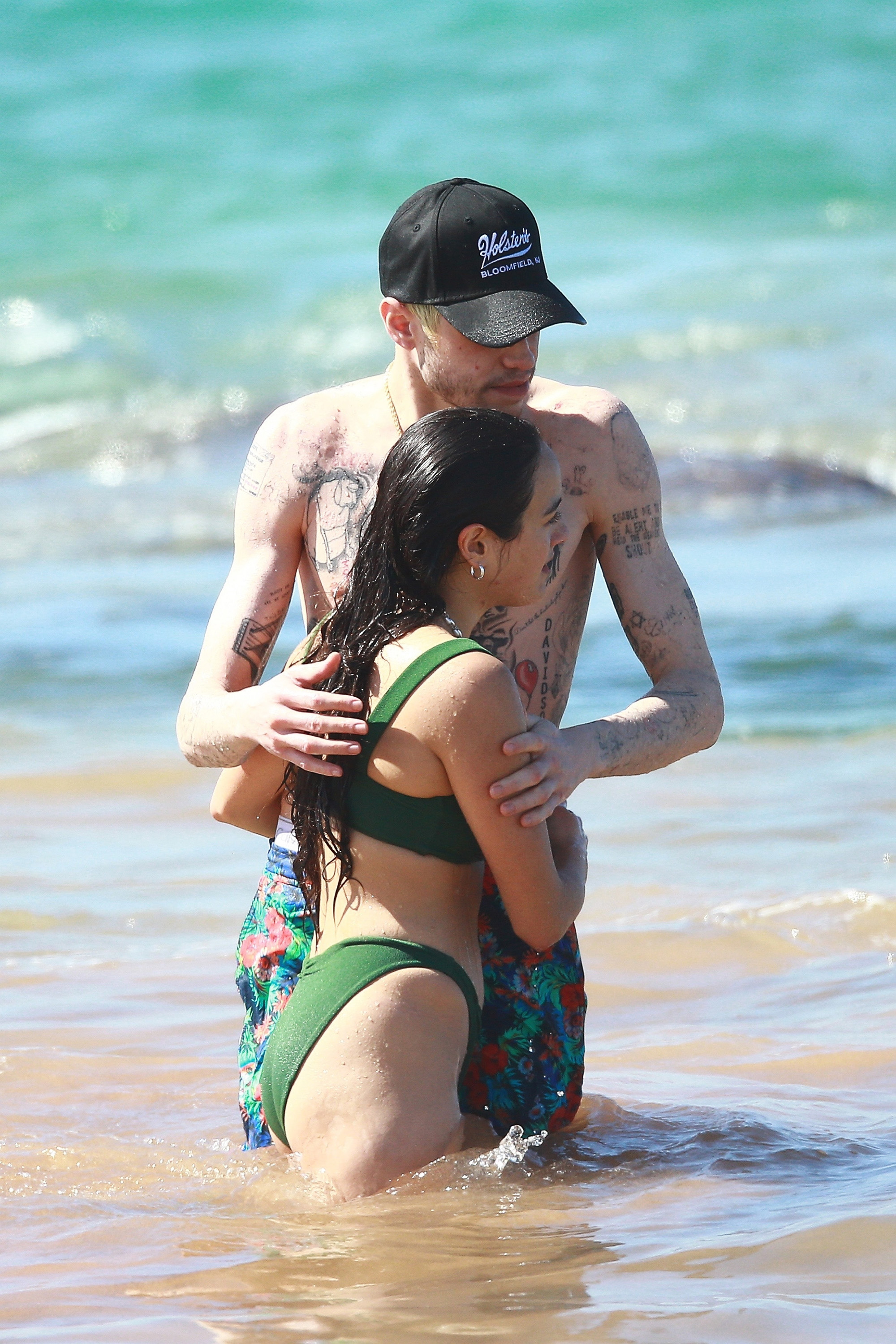 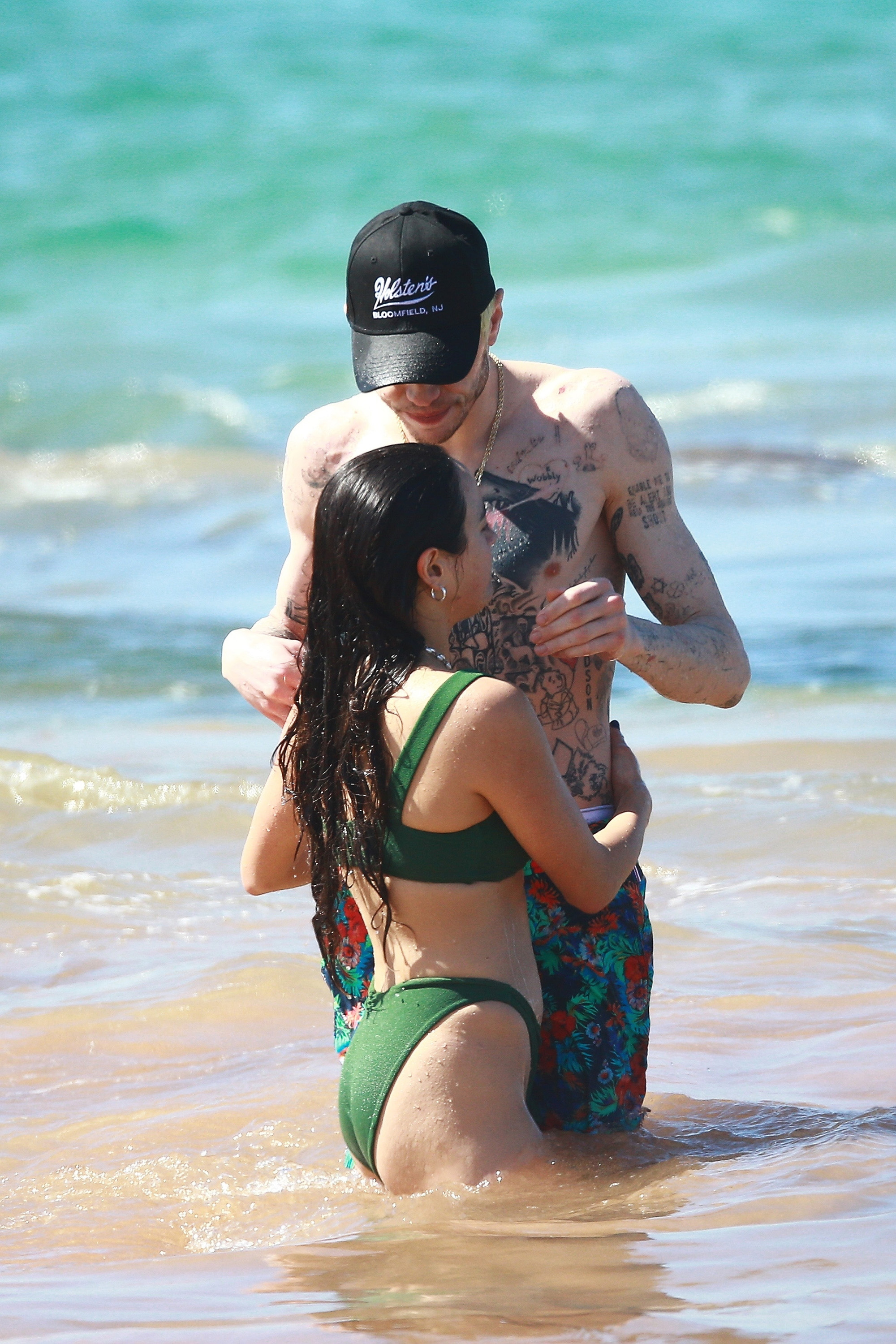 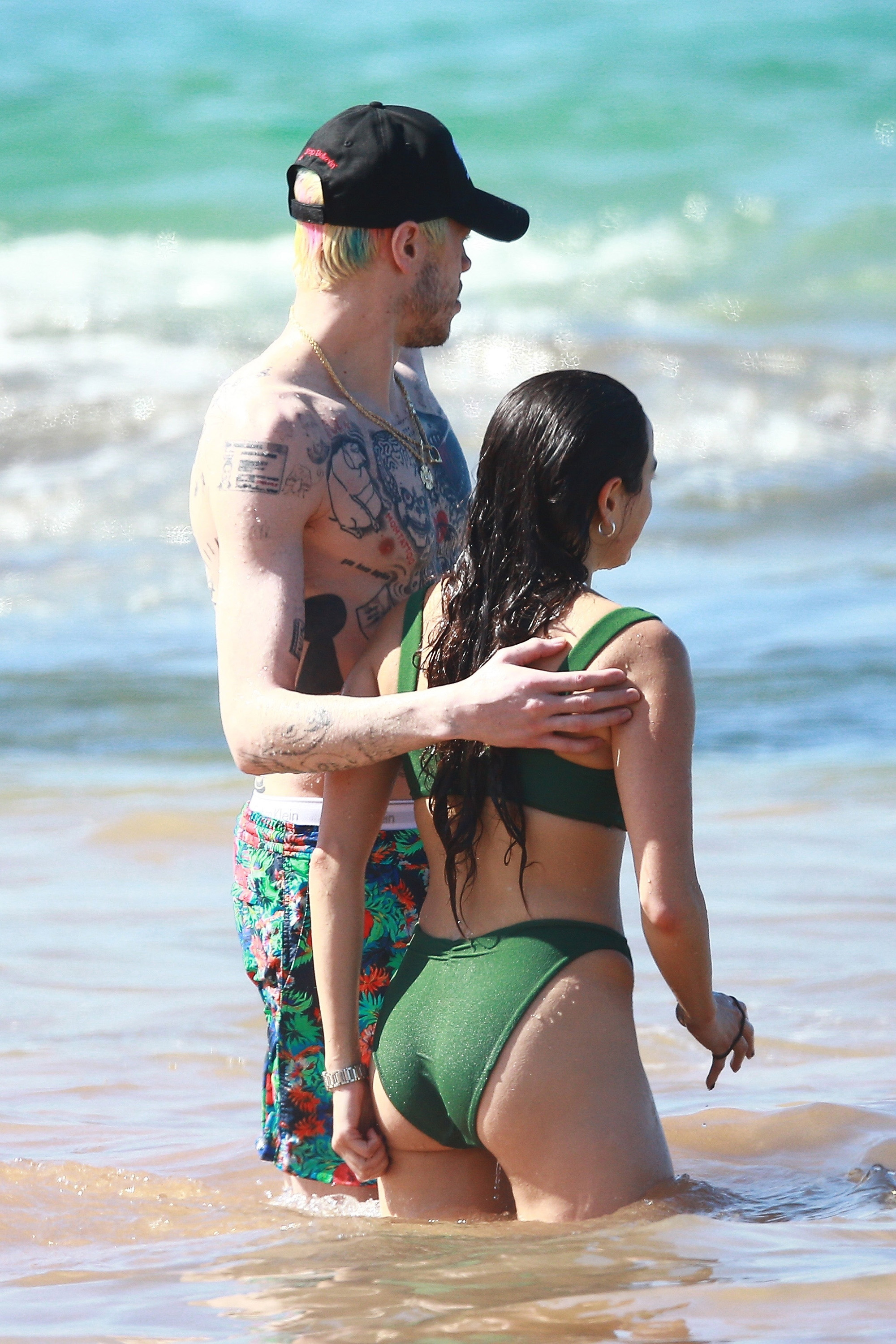 The “Saturday Night Live” alum and Wonders couldn’t keep their hands off one another as they cuddled up on the same beach chair.

Davidson showed off his tattooed frame — which was noticeably missing tattoos dedicated to ex Kim Kardashian — in a pair of floral swim trunks and a black baseball hat.

He debuted a new platinum blond hairdo complete with neon pink, blue and green polka dots after taking off his hat to push back the colorful locks. 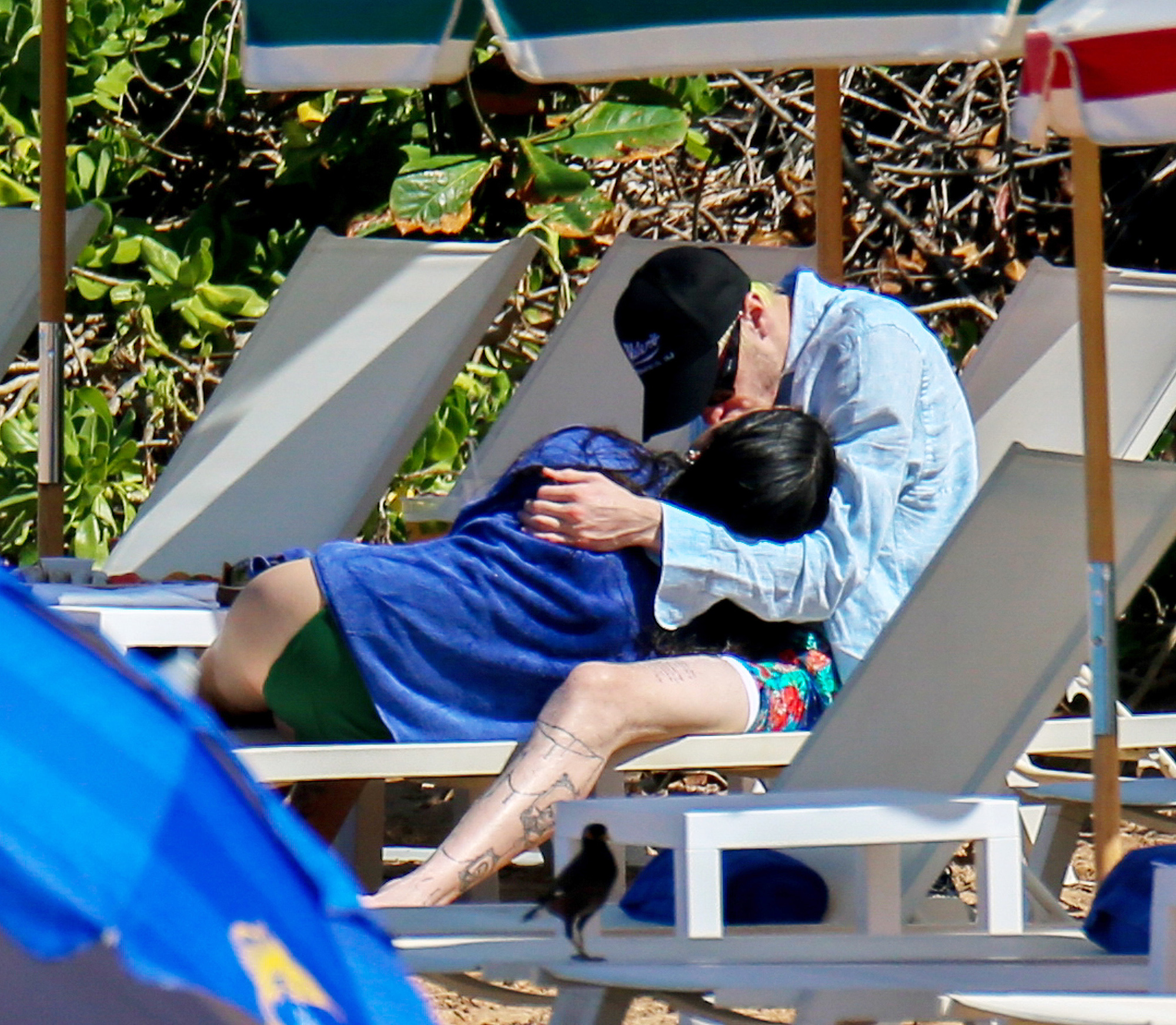 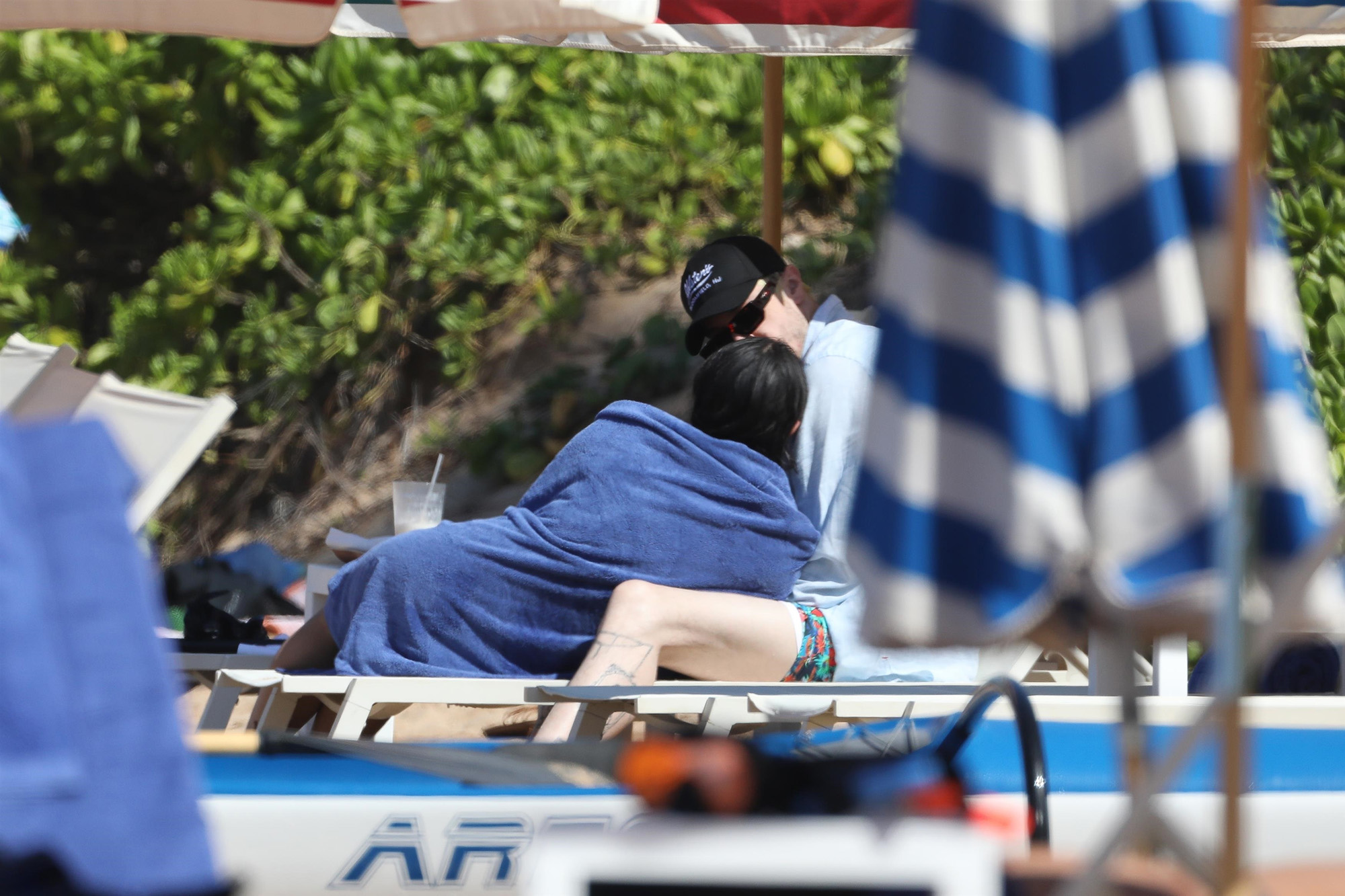 The vacation comes just days after the pair were caught holding hands and smiling as they walked around Universal Studios.

Prior to their theme park date, Davidson, 29, and Wonders, 26, put their rumored romance on display while out at restaurants, shopping at a Whole Foods, and attending a New York Rangers hockey game. 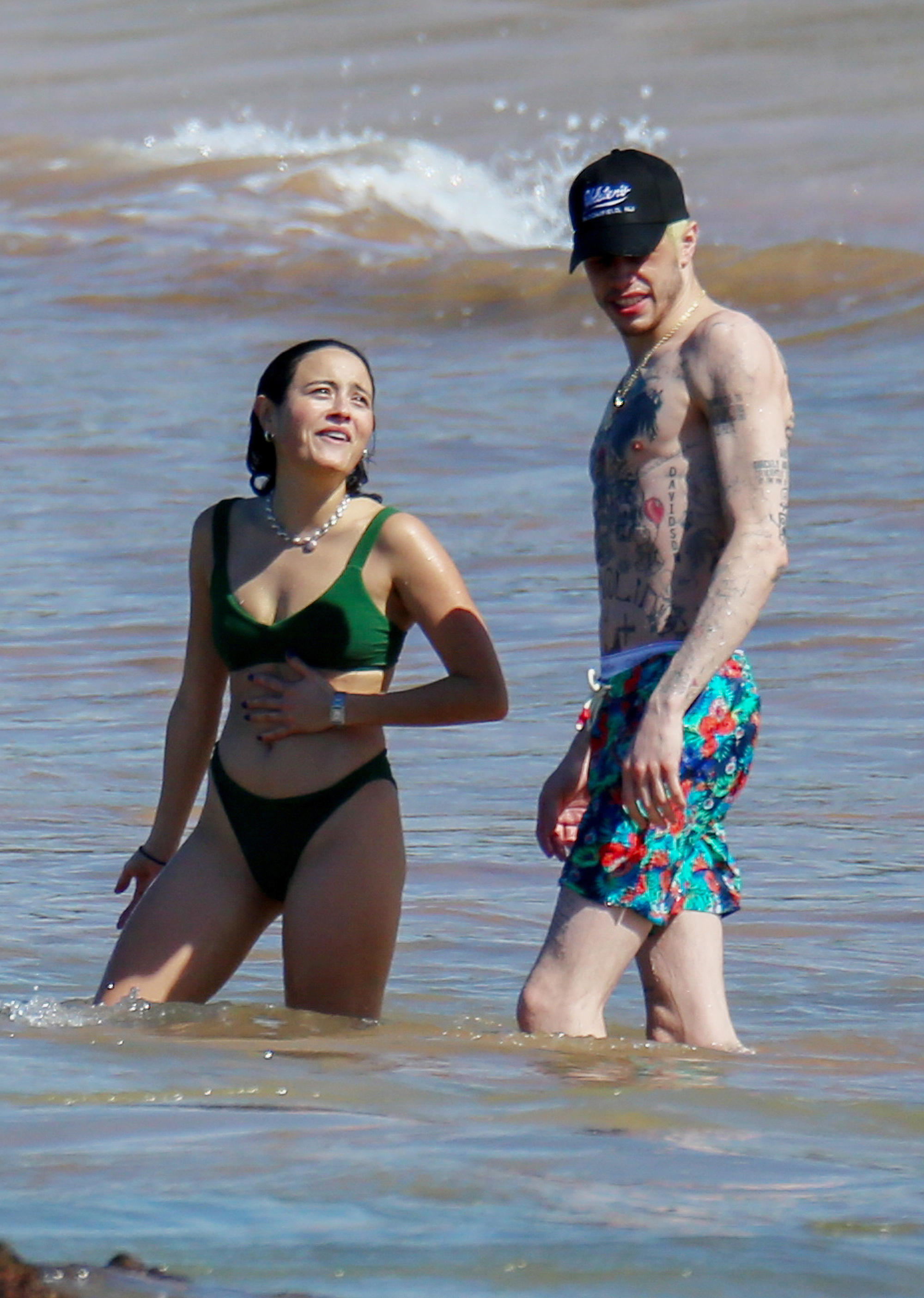 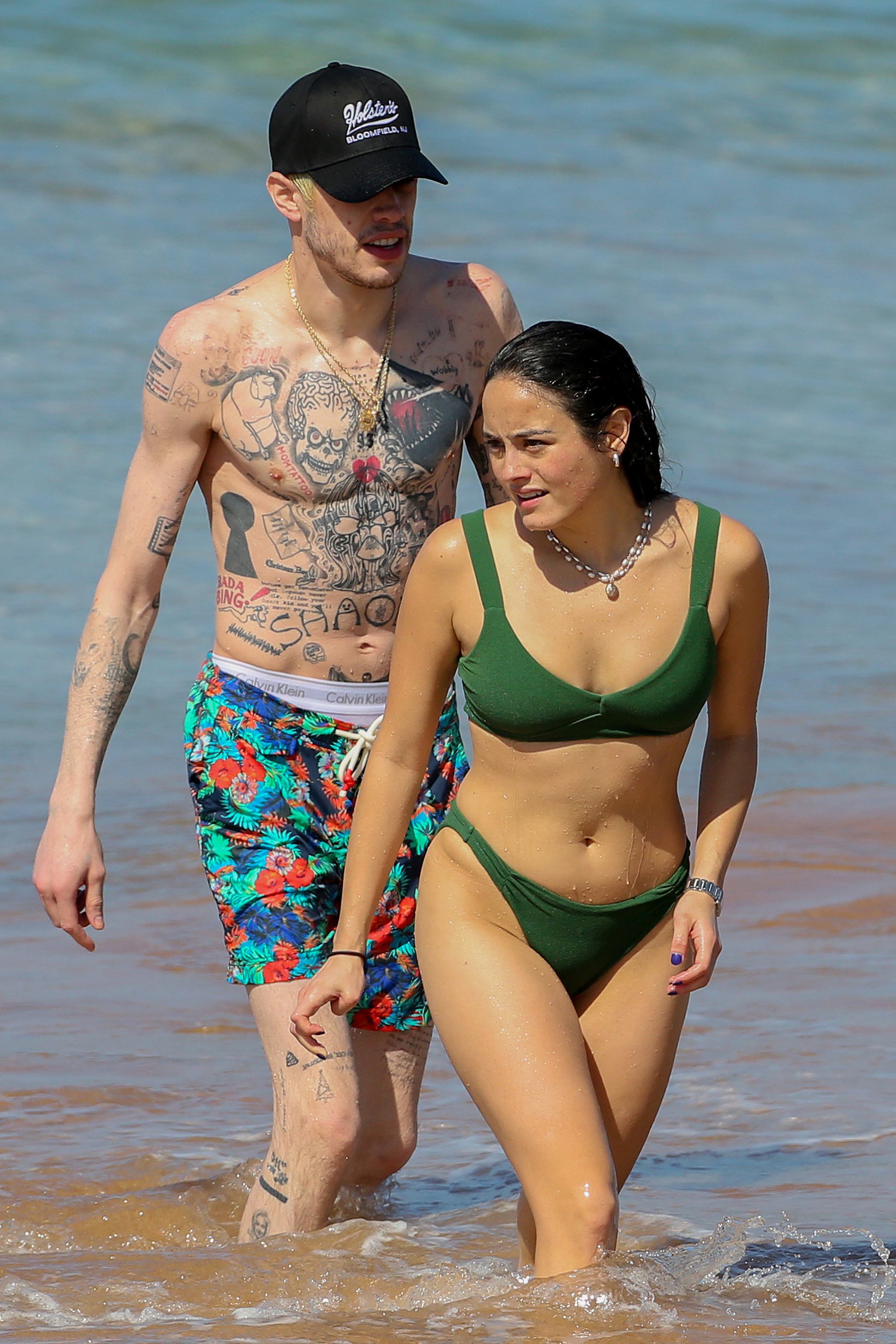 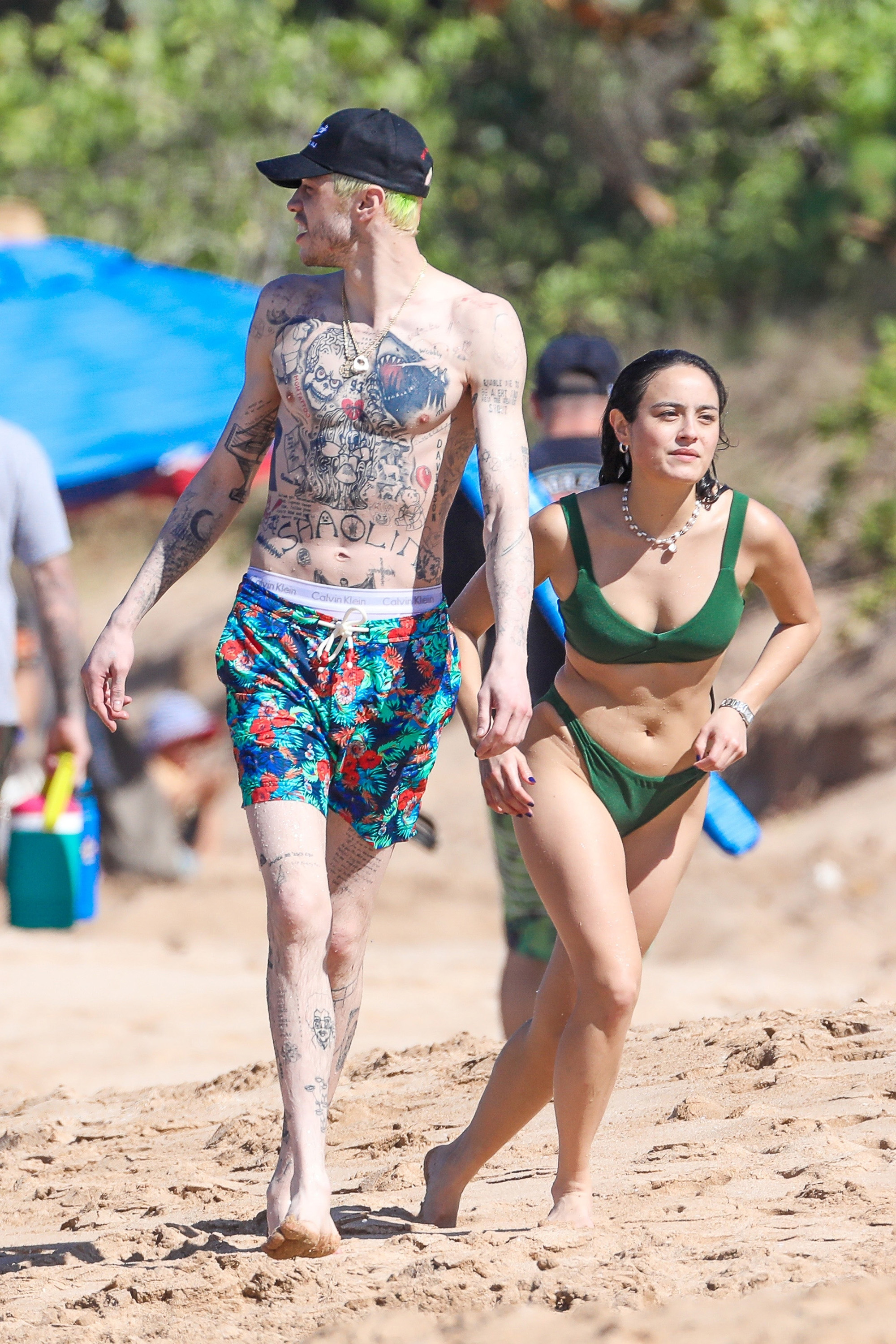 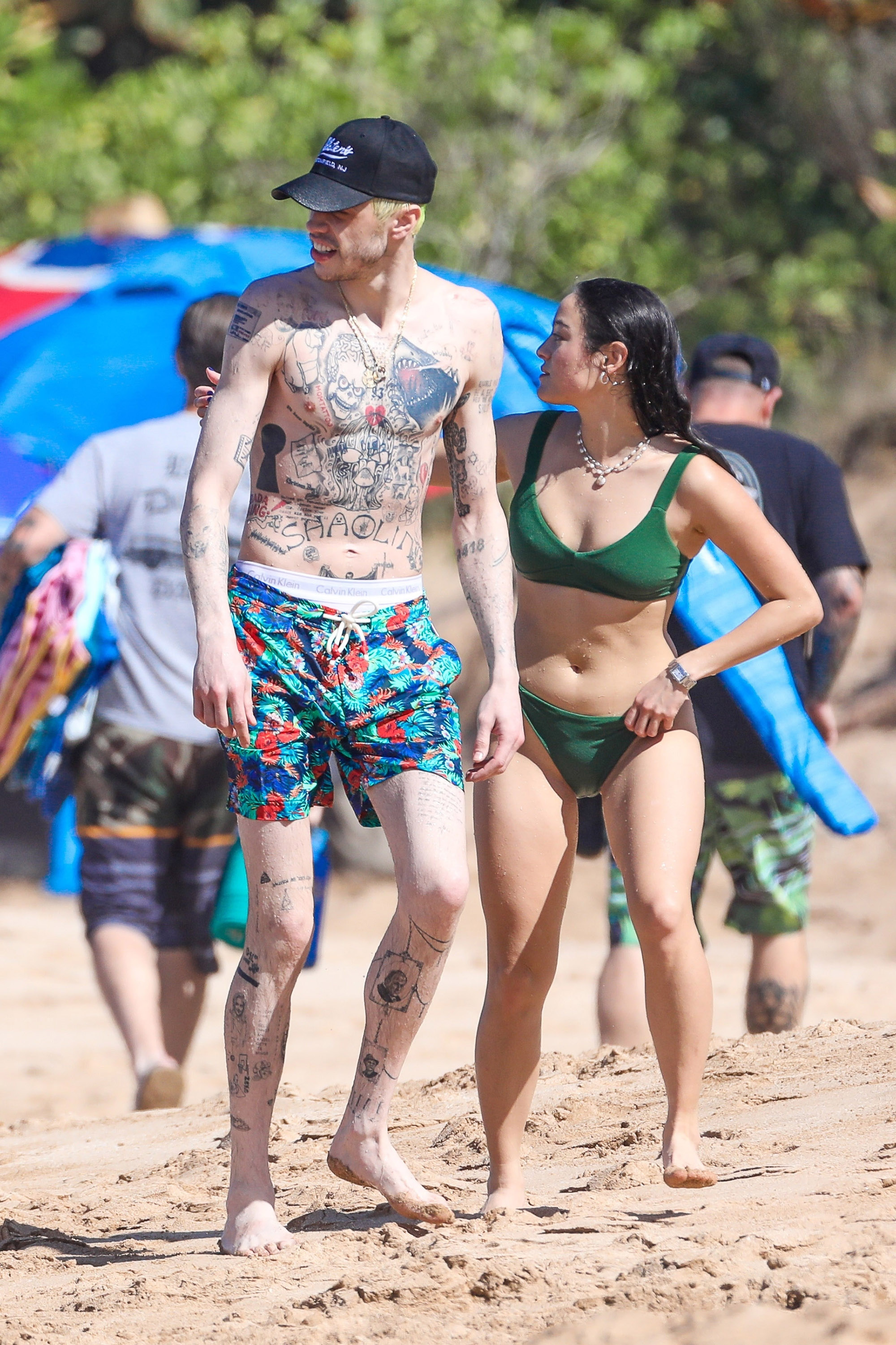 Despite the lovebirds doing little to conceal their affection for one another, Davidson’s reps told TMZ last month that the pair are simply “great friends.”

The co-star’s relationship seemingly started right after his split from Emily Ratajkowski. Davidson and the model started dating a few months after his breakup with Kardashian, whom he dated for nine months.