Bury me with my favourite book! People reveal what they’d like to ‘take into the afterlife’ as part of a fascinating photo series – including soft toys, game consoles and shoes

From a childhood toy to a musical instrument, this fascinating photo series asks people to consider what they would choose to ‘bring into the afterlife’.

The images were taken by members of British historical reenactment organisation Regia Anglorum, who imagined what it would be like to be buried according to the customs of the Early Middle Ages, when people were often placed alongside prized possessions.

The images, shared on Bored Panda, show people alongside their pets, games consoles and essentials like crockery and cutlery.

Jenn Peters who is the press and publicity officer at Regia Anglorum, explained much of what is known about that period of history comes from what archaeologists can glean from what the dead wanted to take with them.

She said the practice died out because Christian heaven doesn’t allow baggage. 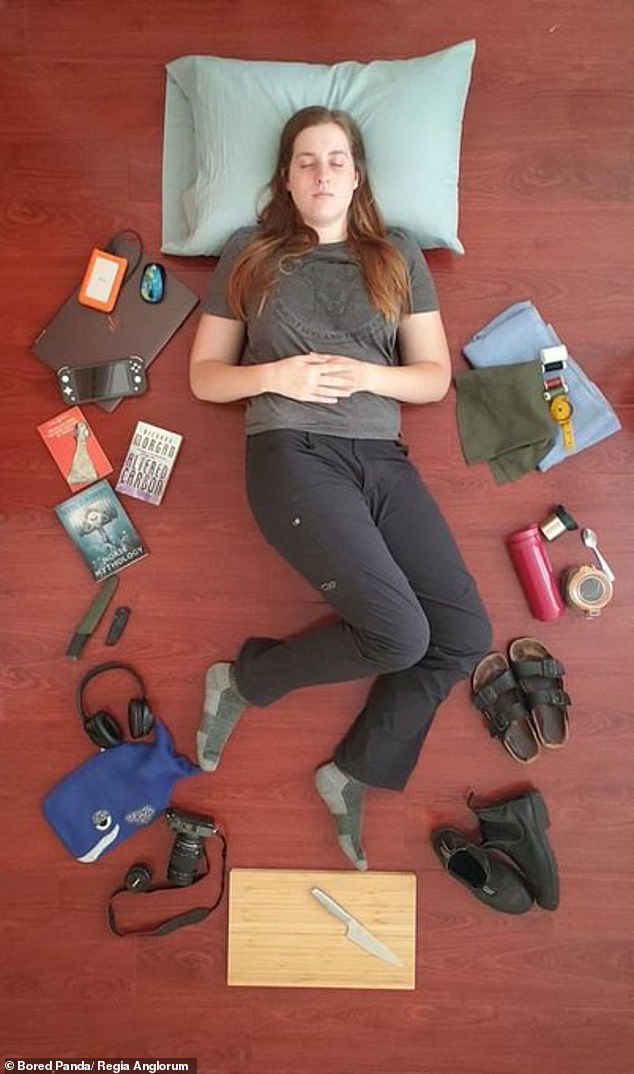 Regia Anglorum asked participants of their latest project to pose with items of personal significance that they would choose to be buried with to take into the afterlife, with one person selecting footwear, gadgets and even a chopping board 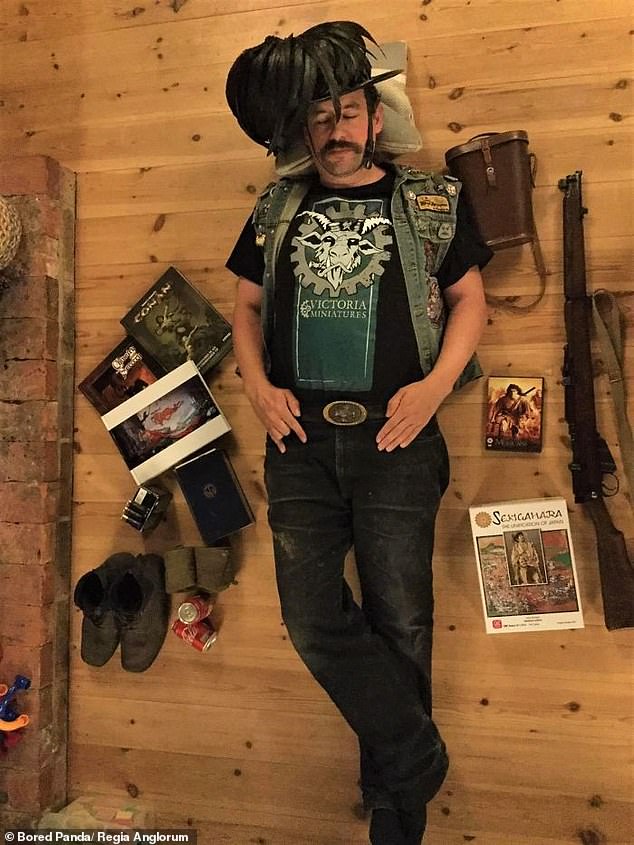 A man contributed a photograph of himself laying besides his gun, book collection, cans of coke and DVDs 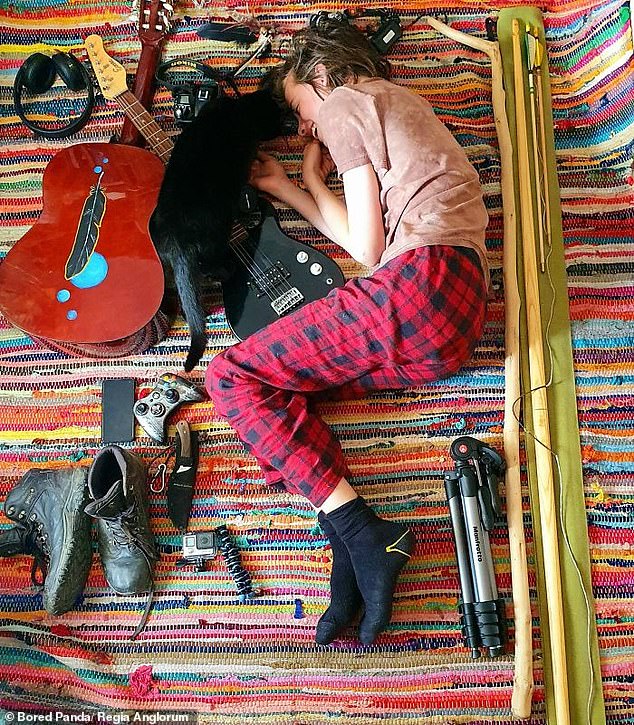 One woman curled up alongside her cat, musical instruments and a selection of electronic gadgets including a go pro 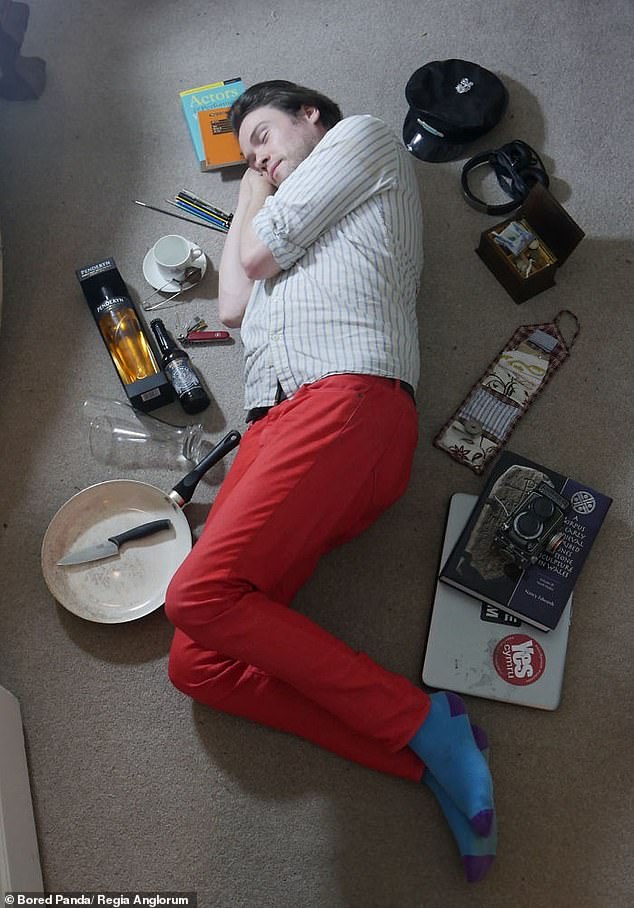 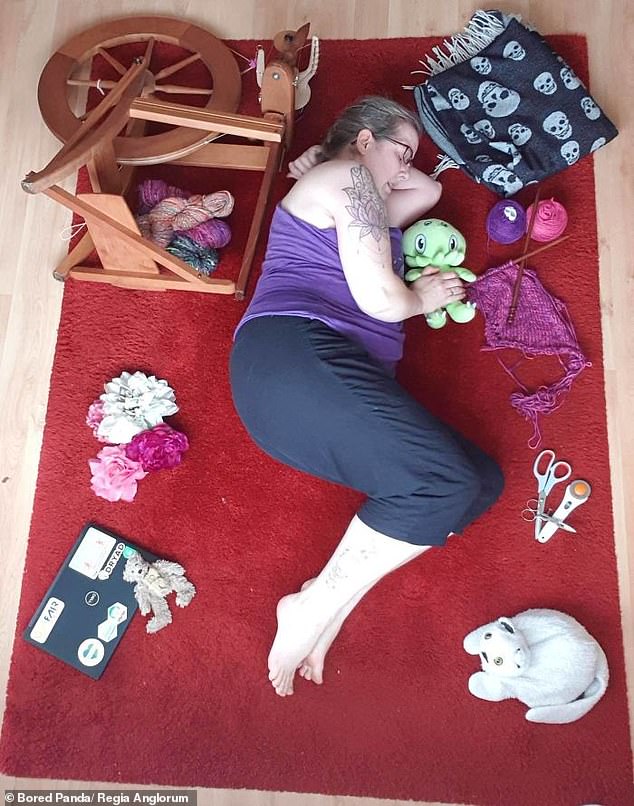 A woman who enjoys knitting, gathered her equipment and a number of soft toys as the most important things in her life 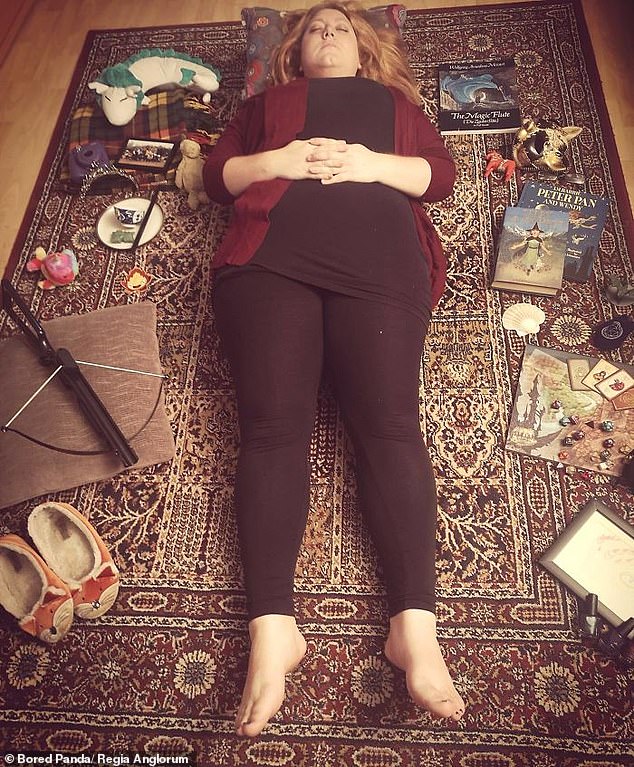 Another woman rounded up classic books including Peter Pan, a camera and her slippers 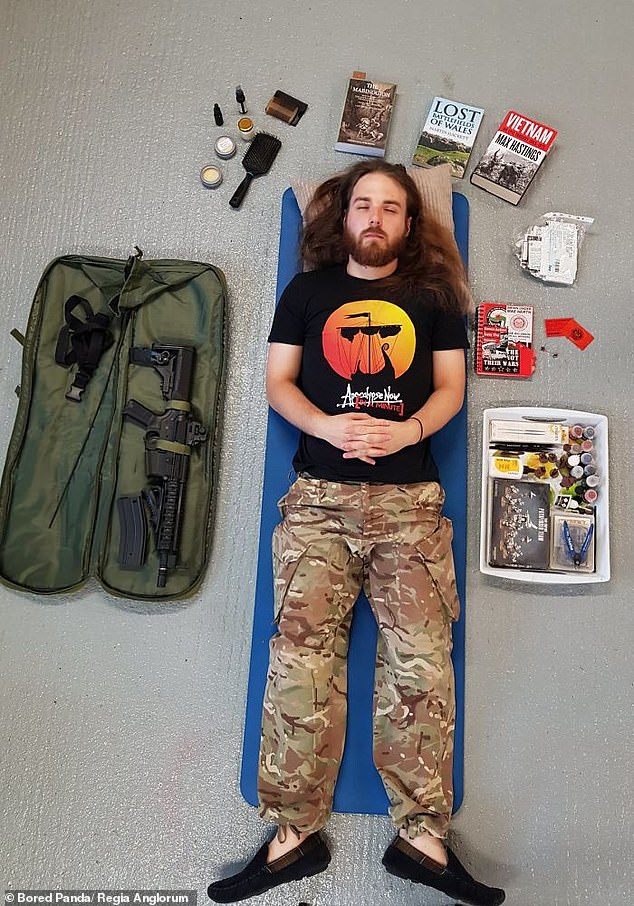 One man who enjoys history, chose a collection of books, a gun and items for art work as the things he would want in the afterlife 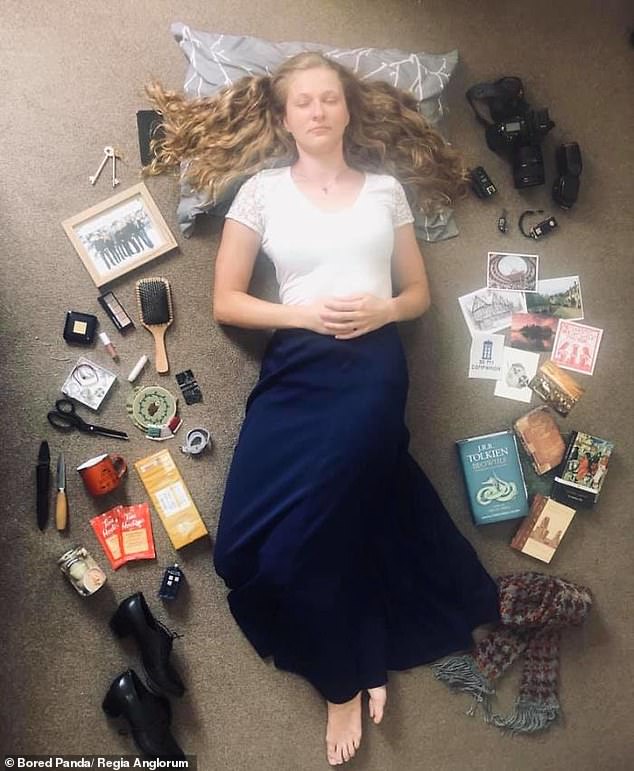 Another woman chose a selection of photographs, makeup products and her camera as the most important things in her life