It’s understandable that owners of pets might get a little protective when a stranger looks after their beloved animal for the first time, however one woman took things too far when requesting a service from a dog sitter online.

Screenshots posted on Imgur showing a conversation between US woman, Claudia, and the dog sitter she was put in touch with through a mutual friend quickly went viral due to the owner’s ‘crazy’ demands.

Claudia had requested the unnamed pet sitter to look after her diabetic dog called Junie, for nine days and offered in return the measly sum of $110, the equivalent to roughly $0.56 per hour.

As well as requiring the pet sitter to give fluid injections and do blood sugar checks, Claudia also laid out a rigid set of six rules for her to follow to the letter, and warned that there are cameras in the house that she checks ‘frequently’. 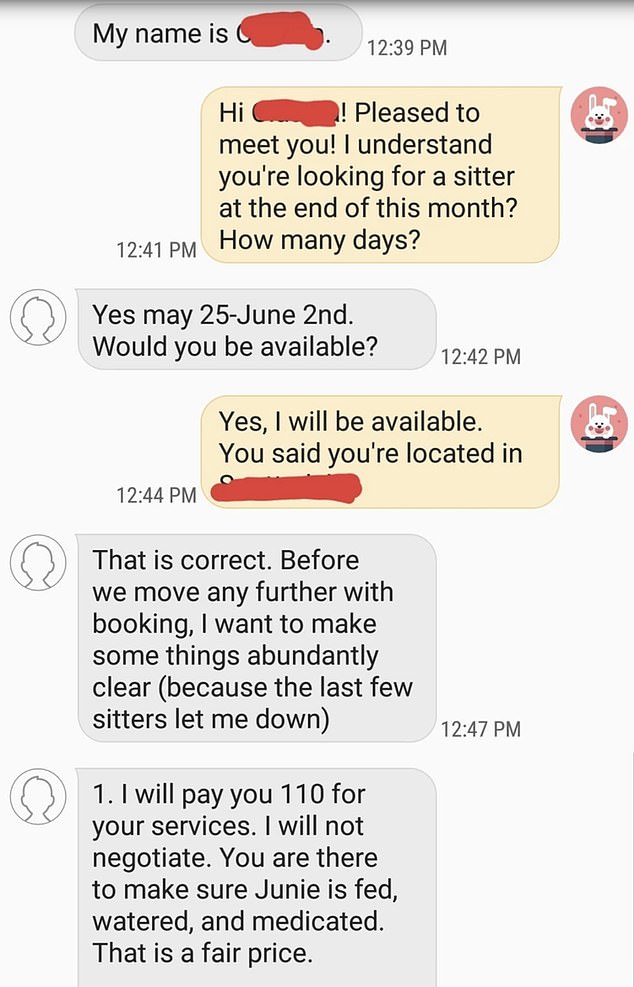 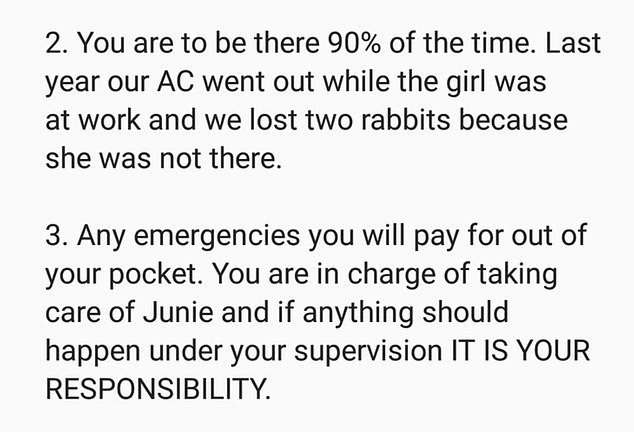 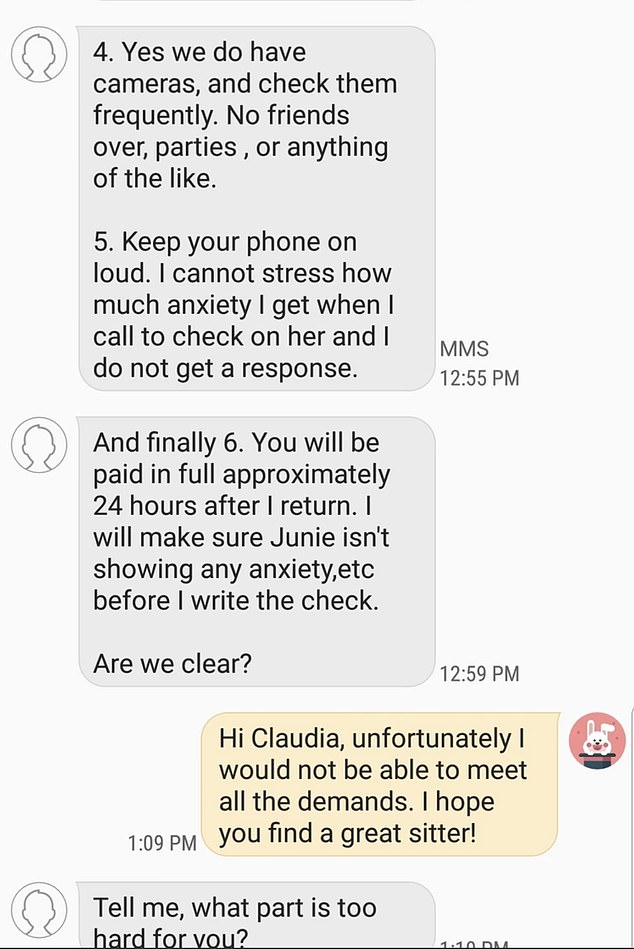 Dog owner, Claudia, wrote strict rules for the dog sitter to follow in a long list over text. The dog sitter politely declined after hearing the demands

She started by laying out the price she was willing to offer, saying: ‘I will pay you $110 for your services. You are there to make sure Junie is fed, watered, and medicated. That is a fair price.’

But should the pet sitter run into any unexpeted costs, Claudia said that she would not be taking care of them.

‘Any emergencies you will pay for out of your own pocket. You are in charge of taking care of Junie and if anything should happen under your supervision it is your responsibility,’ she wrote.

She then insisted that the dog sitter had to be there ’90 per cent of the time’.

‘Last year our AC went out while the girl was at work and we lost two rabbits because she was not there,’ she explained. 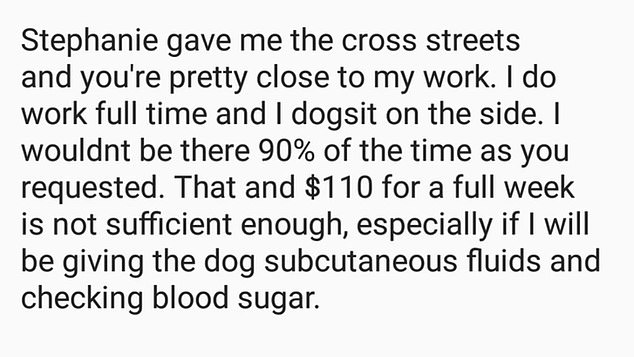 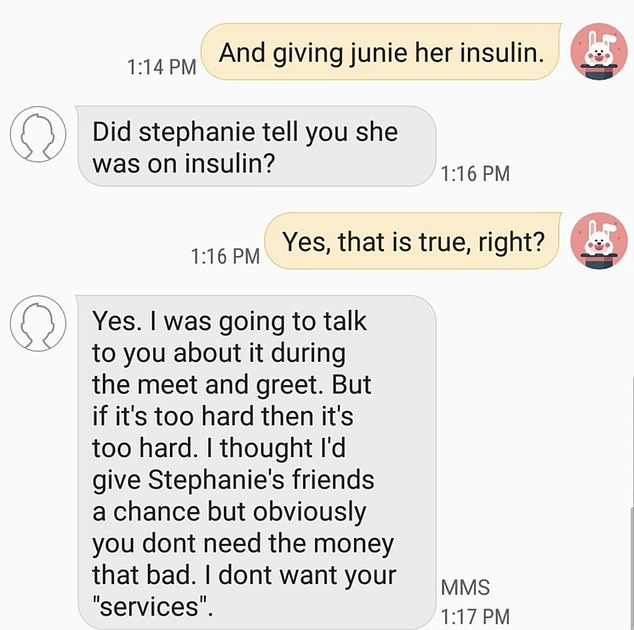 Claudia, who left out that her dog is diabetic in the original job description, withdrew the offer after the dog sitter has turned her down

And it was clear that Claudia would be checking in to make sure her demands were being met, thanks to an elaborate home security system.

‘Yes, we do have cameras and check them frequently. No friends over, parties, or anything of the like,’ she said.

As well as keeping tabs via video link, Claudia said she would be phoning to check in.

‘Keep your phone on loud. I cannot stress how much anxiety I get when I call to check on her and I do not get a response,’ she said.

And even after all that, it seemed like payment wasn’t a guarantee.

‘You will be paid in full approximately 24 hours after I return,’ Claudia said. ‘I will make sure Junie isn’t showing any anxiety, etc before I write the cheque.’

After asking the dog sitter abruptly if they were clear on the rules, the sitter replied politely declining the owner’s job offer.

It prompted a curt reply from Claudia, asking: ‘Tell me, what part is too hard for you?’ from Claudia, the sitter responded that the pay was not enough for the work required, especially because of her full-time job.

After the dog sitter posted the images of the conversation, commenters expressed their shock at the audacity of the dog owner.

One said, ‘She expected to win through intimidation. Desperatly seeking the desperate.’

Another wrote, ‘It’s supply and demand. The owner says ‘obviously you don’t need the money that bad’, but obviously she doesn’t need the services that bad.’

A third agreed and chimed in with, ‘Person 1: Here is a crazy demand you must listen to. Person 2: I cannot do this here is common sense. Person 1: I can’t believe it.’

While a fourth simply said, ‘Jesus, no wonder Junie has anxiety with such an awful owner.