AROUND 24,000 jobs are at risk, as the high street giant which owns Peacocks and Jaeger has appointed administrators. 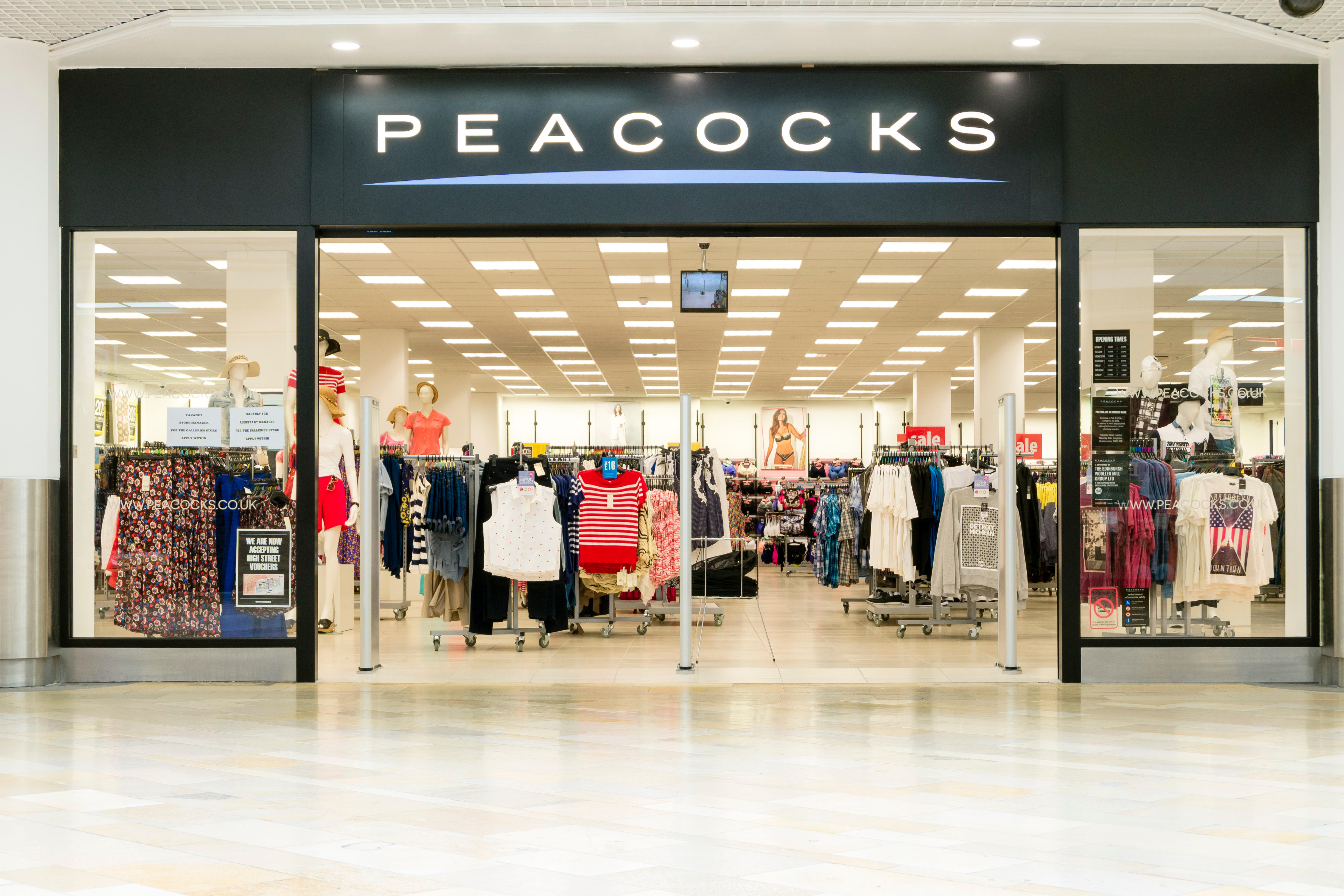 It has lodged a notice of intention to appoint administrators to look for potential buyers to shore up the struggling business.

Bosses wrote to staff on this morning warning that the national and local lockdowns had hit sales heavily.

The company added that it has also been hit hard by allegations, which it denies, that the retailer and several rivals failed to pay some Bangladeshi suppliers during lockdown in an attempt to cut costs for clothes they were unlikely to sell.

The move by EWM, which launched in 1946 and is currently owned by businessman Philip Day, will see insolvency specialists at FRP spend ten days carrying out an urgent review ahead of further action.

What are my redundancy rights?

BEFORE making you unemployed, your employer should still carry out a fair redundancy process.

You are entitled to be consulted on the redundancy lay-off first and to receive a statutory redundancy payment, as long as you've been working somewhere for at least two years.

How much you're entitled to depends on your age and length of service, although this is capped at 20 years. You'll get:

Sadly, you won't be entitled to a payout if you've been working for your employer for fewer than two years.

There should be a period of collective consultation as well as time for individual ones if your employer wants to make 20 or more employees redundant within 90 days or each other.

You are also entitled to appeal the decision by claiming unfair dismissal within three months of being let go.

All stores will continue trading in the meantime and further details will be announced in due course, the company added.

Significant changes are expected but the company says various parts of the business have attracted interest from potential buyers.

The Sun has asked the firm how many stores it currently operates under each brand.

It comes just hours before chancellor Rishi Sunak is expected to unveil new plans for protecting jobs and businesses hit by the second wave and new measures.

It comes as UK unemployment hit 4.1% in the three months to July, with 695,000 Brits out of work since March, according to the latest Office for National Statistics data.

The government's furlough scheme, which covers the wages of those out of work, is due to end this month on October 31.

High street retailers have been hard hit by the pandemic, which has accelerated the trend of shoppers moving online. It's even led to calls for the introduction of an online shopping tax.

Retailers have also had sales stunted by enforced closures with all but essential retailers in England shutting their doors back in March at the start of the coronavirus pandemic.

They were allowed to reopen from June 15, although this date varied in Northern Ireland, Scotland, and Wales due to devolved coronavirus rules. 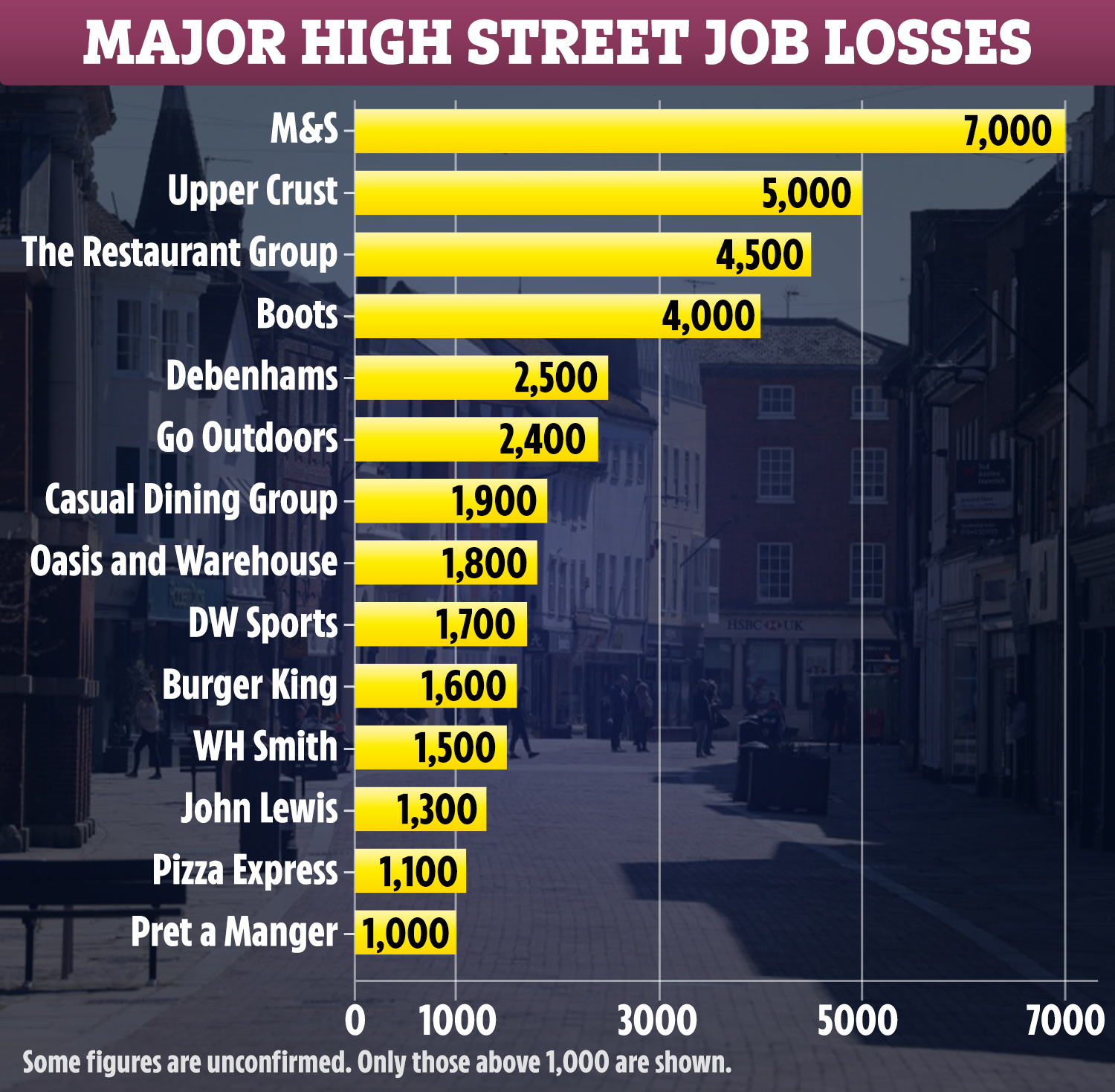 But retailers have since been hit by secondary local lockdowns across the UK, namely in the north and Wales.

There have also been growing fears a second national lockdown could be imposed following the tightening of measures in Scotland earlier this week.

So far the crisis has already seen women's fashion retailers Oasis and Warehouse disappear from the high street in a move that saw 1,800 jobs lost.

Laura Ashley also closed all of its 150 stores putting 2,700 jobs at risk.

MANY firms have announced job cuts since June 2020 alone as a result of the coronavirus lockdown.

EWM chief executive Steve Simpson said: "Like every retailer, we have found the past seven months extremely difficult.

"This situation has grown worse in recent weeks as we have had to deal with a series of false rumours about our payments and trading which have impacted our credit insurance.

"Traditionally, EWM has always traded with strong cash reserves and a conservative balance sheet, but these stories, the reduction in credit insurance, against the backdrop of the lockdown and now this second wave of Covid-19, and all the local lockdowns, have made normal trading impossible.

"As directors we have a duty to the business, our staff, our customers and our creditors to find the very best solution in this brutal environment.
"So we have applied to court today for a short breathing space to assess our options before moving to appoint administrators.

"Through this process I hope and believe we will be able to secure the best future for our businesses, but there will inevitably be significant cuts and closures as we work our way through this.

"I would like to thank all our staff for their amazing efforts during this time and also our customers who have remained so loyal and committed to our brands."

The Daily Star’s FREE newsletter is spectacular! Sign up today for the best stories straight to your inbox Prime Minister Boris Johnson is expected to…